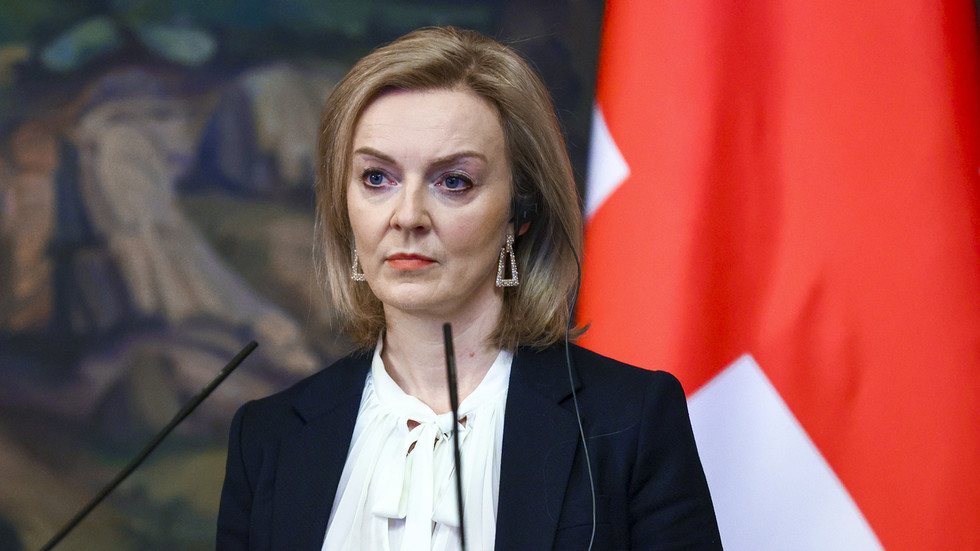 No wonder Beijing and Moscow are bemused by Britain – its post-Brexit foreign policy overstates its own importance
On Thursday, British Foreign Secretary Liz Truss visited Moscow for talks with Russia over the situation in Ukraine, rolling up with her usual belligerent and threatening posture. This has been a feature of her time in the office, which has seen her unfavourably compared to a poundshop version of former Prime Minister Margaret Thatcher.

Russian Foreign Minister Sergey Lavrov responded to Truss’s aggressive and uncompromising attitude by publicly ghosting her during the press conference, describing meeting her as like talking “to a deaf person” and leading her into a gaffe when she confused Russia’s regions of Voronezh and Rostov with parts of Ukraine, saying the UK “will never recognize Russian sovereignty” over them. The disastrous visit has dampened talk of what is widely perceived to be her ambition to become prime minister.

At the same time as Truss was ruffling feathers in Russia, back in London under-pressure PM Boris Johnson upset right-wing MPs after reports that he is set to re-initiate trade talks with China. The move received an angry response from the usual suspects in the Conservative Party, Tom Tugendhat and Iain Duncan Smith, who have long demanded a harder stance against Beijing.

Smith has been particularly aggressive in his attempts to undermine the government. Whilst Johnson’s move has been on the cards for a long time now, he represents one of the more moderate voices on China in a country which, to all intents and purposes, has committed itself to strategic struggle against it, as seen by the BBC’s efforts to shape public opinion.

What these two stories have in common is that they illustrate how Britain has become a sorry joke on the world stage. After Brexit, and the reframing of itself as Global Britain in the belief it is still a great power, the UK is pursuing a foreign policy which shows a lack of balance and realism regarding its actual circumstances, exposing a host of contradictions.

Arguably, nobody embodies that sentiment more than Truss. While she is fronting the UK’s attempts to snarl at Moscow, right-wing MPs are simultaneously hungry for confrontation with Beijing – all in the midst of attempting to offset the impact of a Brexit which has not gone as smoothly as hoped.

As I have discussed previously, Brexit represents an eruption of 70 years of confusion over Britain’s post-war identity and place in the world – the dilemma of coming to terms with a declining empire and where it truly belongs. Is Britain part of Europe? Or is it an exceptionalist power that ought to work hand in glove with fellow Anglophone countries such as the US?

Over the years, this is a pendulum which has swung backwards and forwards, before numerous contemporary factors resulted in Brexit. This has been a gamechanger for both domestic and foreign policy. It ended an era of the Conservative Party as centrist liberals under David Cameron, and with Boris Johnson in charge, has seen a shift towards populism and nationalism, fuelling the desire for prominence on the global stage. No politician’s career has been more illustrative of this shift than Truss herself, who has transformed from being a pro-Remain Conservative into a chest-thumping, nationalist crusader.

Despite Johnson being a self-proclaimed “Sinophile” and initially espousing a pro-China foreign policy in the wake of the need for alternative markets after Brexit, pressure from both the US and right-wing MPs looking for a new adversary after Europe, amid a changing geopolitical context, have made better relations with China untenable. The UK needs Beijing as a serious partner, but it’s already demonstrated which side it is on with initiatives such as Aukus.

Given all this, it is no surprise that Russia and China have little inclination to consider Britain to be acting in good faith anymore. Beijing has long sought to build deeper economic ties with Britain, but has been taken aback by the zealotry expressed against it and the obvious moves towards containment. It speaks volumes that former cabinet minister David Davis was quoted in Politico saying that Britain has a mission “to make China behave in a civilised manner” – a statement which only sends an offensive message to Beijing that the UK remains unapologetic, arrogant and unchanged from its Imperial days.

On facing such an attitude, it is no wonder that China has sought to counter the UK through its new strategic partnership with Argentina and to reiterate its support for Buenos Aires on the issue of the Falkland Islands. It represents a fatalism in China’s thinking – that it is futile to simply ask Britain to change or cooperate, and that the hostility being shown from London needs to be responded to with more teeth.

In Moscow, the view is likely to be similar after Truss’s idea of talks seemed to consist of issuing threats. It begs the question, is diplomacy with the UK truly worth the effort? And more to the point, is Britain really as relevant as makes itself out to be? After all, Truss’s threats of sanctions will not determine the outcome in Ukraine, whatever happens.

In conclusion, we are now seeing a British foreign policy that is high on rhetoric, low on substance, big on threats and small on solutions, and seems to have completely ditched any rational concept of what constitutes the national interest. Brexit Britain has become a farce, which doesn’t deserve to be taken seriously on the international stage.
#Boris Johnson  #Johnson