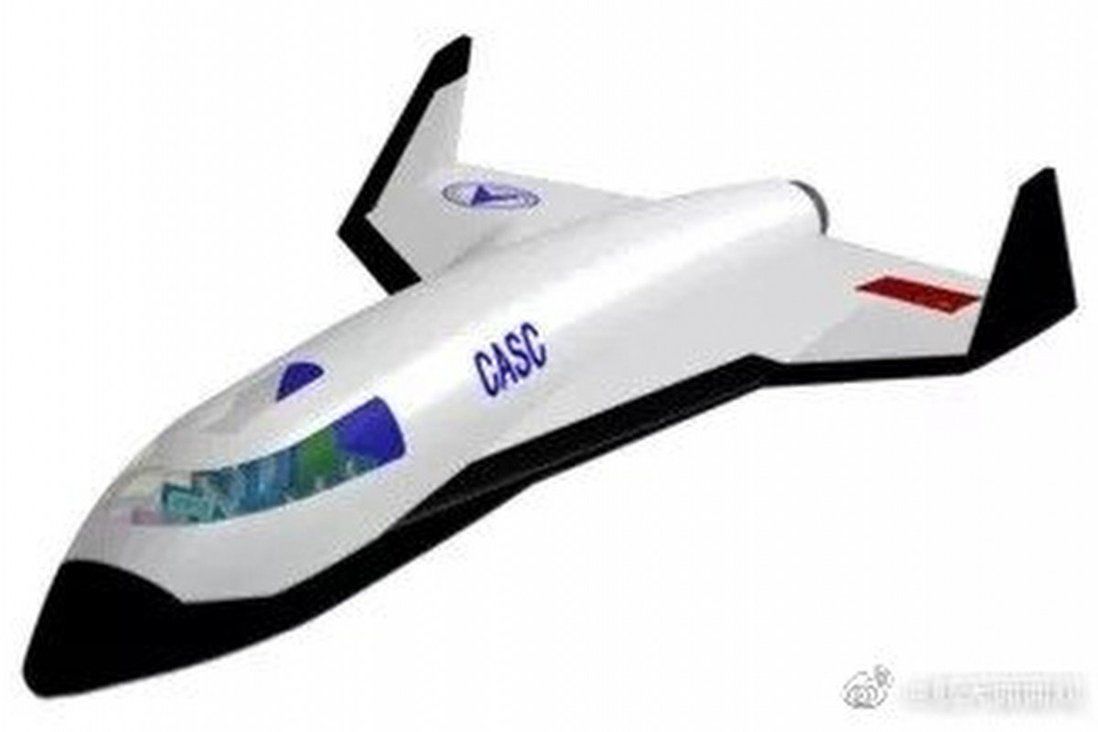 Successful test flight in July suggests it has an advantage over the rocket-launched US equivalent, Chinese military magazine says.

China’s space flight technology may have advanced beyond that of the United States as it can now launch spaceplanes without rocket propulsion, according to a Chinese military magazine.

It means the spaceplanes will not need launch sites and will be able to take off and land at airports – a cost-saving development that has added to concerns over the weaponisation of space.

China is developing a spaceplane known as Tengyun, which has a horizontal take-off and horizontal landing (HTHL) system. That gives it an advantage over the US equivalent, the X-37B Orbital Test Vehicle (OTV), which is rocket-launched, according to military magazine Naval and Merchant Ships. 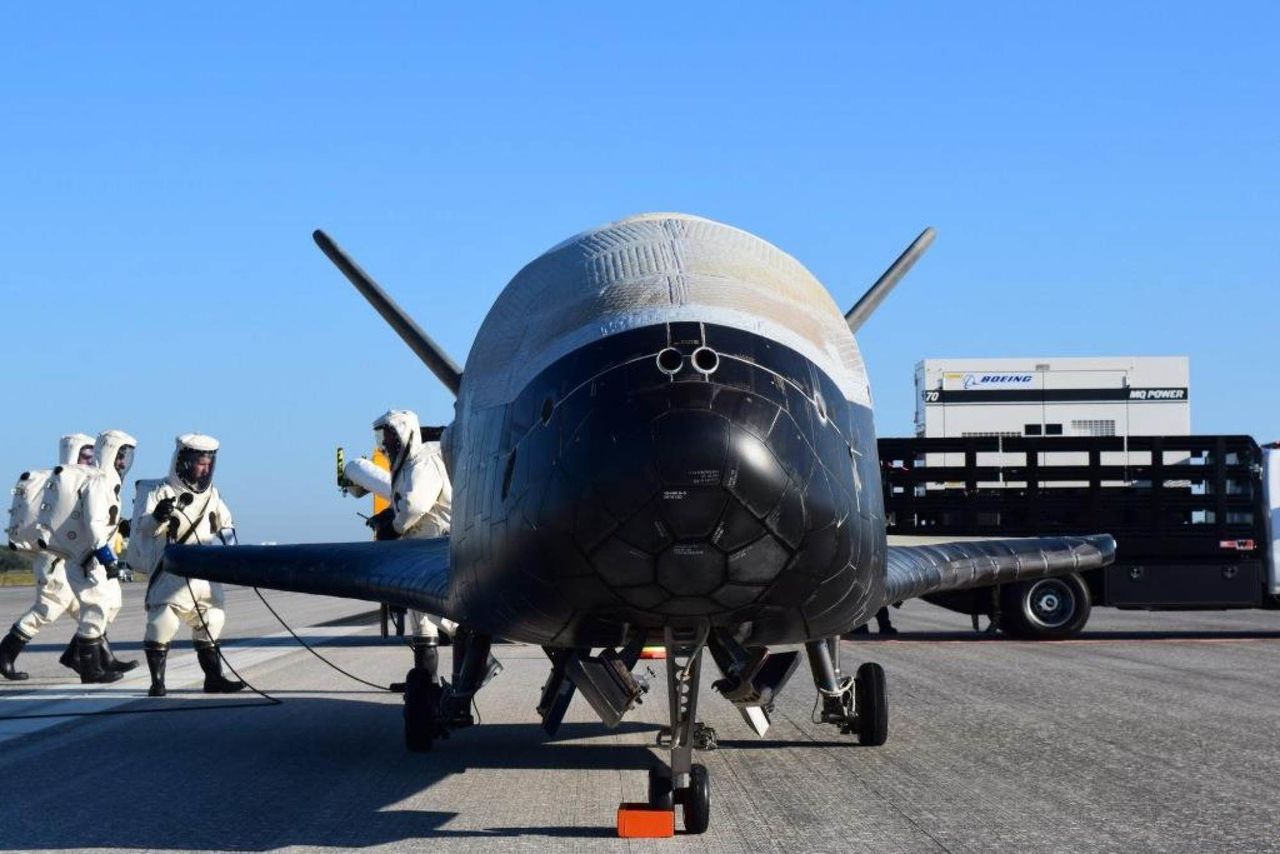 The Chinese spaceplane was said to be inspired by the American X-37B Orbital Test Vehicle.

A video clip of the magazine’s editors discussing US hegemony in space and the Tengyun spaceplane project was posted on its Chinese social media accounts on December 12.

“Chinese spaceplane technology was inspired by the US X-37B, but the American OTV still needs to be launched by rocket, while China has now overcome this limitation,” magazine editor-in-chief Su Ming said in the video.

He was referring to a test flight of the Tengyun carried out by its developer, state-owned China Aerospace Science and Technology Corporation (CASC), in July. It was launched on the suborbital flight by a mother ship instead of a rocket.

“The successful HTHL test suggests future Chinese aerospace aircraft will be able to take off from airports anywhere in the country,” Su said. “That means future spacecraft flights could go from the current 30 times a year to more than 1,000 [a year] – more like regular planes.”

The CASC announced the Tengyun civilian aerospace project in 2016, aiming to develop a reusable space transport system to save costs, based on the American OTV. It unveiled the HTHL system in July this year, calling it “a solid foundation” to develop reusable transport technology between Earth and space.

The US, China and Russia, the world’s big three space powers, are in a race to develop space arms and technology – including anti-satellite weapons and hypersonic missiles. The race has accelerated since the US Space Force was set up during the Donald Trump era, with a focus that includes catching up to China and Russia in building advanced hypersonic weapons.

In space flight technology, a series of secretive, long-duration missions by the US X-37B – a project that began in 1999 – has prompted speculation in China and Russia that the US wants to use the spaceplane for military purposes ranging from reconnaissance to deploying nuclear warheads in orbit.

In the video, Su said the X-37B could potentially be used as a weapon to attack other countries’ satellites. He suggested the powerful robotic arm attached to the core module of China’s new Tiangong space station could be used to counter this.

But Zhou Chenming, a researcher from the Yuan Wang military science and technology institute in Beijing, said the robotic arm would not be used as a weapon because doing so would have grave consequences.

He said China had long-term commercial goals for reusable spacecraft, including cutting costs for commercial satellite operations. “These projects could be used to develop telecommunications for remote rural areas, and to explore new markets in underdeveloped countries,” Zhou said.

Russia is also developing a reusable spaceplane – the country’s first such project since the ill-fated 1980s Soviet space shuttle Buran, which had one test flight before the programme was scrapped. India, which is also developing anti-satellite weapons, is working on a space flight programme with Russia to send a three-member crew to space for seven days by 2023.

As the competition heats up, there have been growing calls for new rules on the responsible use of space.

Zhao Yun, a space law professor at the University of Hong Kong, noted that the international community was working on new legal documents. But he said a proposed Prevention of an Arms Race in Space Treaty, co-sponsored by China and Russia, had not been accepted by other countries.

“Some other efforts are moving ahead, such as a code of conduct, trust and confidence-building mechanisms, but these are only [non-binding] soft law documents,” he said. “Internationally, the principle of peaceful use of outer space has been considered as part of customary international law. However, there are different understandings of the term ‘peaceful’.”

Ankit Panda, a senior fellow at the US-based Carnegie Endowment for International Peace, said the US and other powers leading space technology should work together to come up with legal norms for space security.

That includes rules around the anti-satellite missile testing carried out by China, India, Russia and the US on their own satellites, which has added to space debris.

“To ensure that space remains easily accessible to future generations, it is incumbent on the current generation of leaders in the US and elsewhere to lead the way on setting new norms and rules to bar further tests of this sort, which could irreversibly and irrecoverably pollute critical orbits around Earth,” he said.