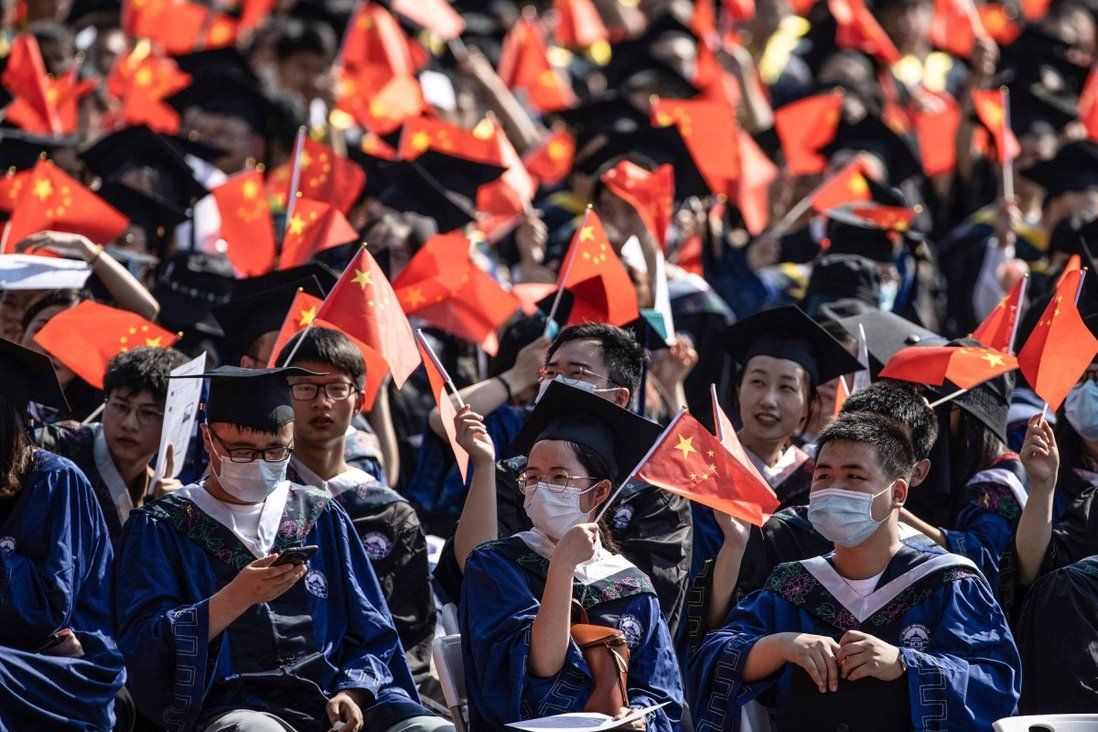 China’s Generation Z is displaying a high level of overconfidence in the country’s power and hostility towards Westerners, a prominent Chinese academic on US affairs has warned.

“Post-millennial students usually have a strong sense of superiority and confidence, and they tend to look at other countries from a condescending perspective,” Yan Xuetong, director of Tsinghua University’s international studies institute, said at a conference in Beijing last Saturday.

“[They] look at international affairs with a make-believe mindset, thinking it’s very easy for China to achieve its foreign policy goals. They think only China is just and innocent, while other countries, especially Western countries, are evil and thus have natural hatred towards Westerners.”

He added that students tended to divide the world into China and the rest, viewing all other countries as the same.

Published by his university’s website on Monday, Yan’s remarks were made at a conference it hosted about political science and international relations education, attended by more than 100 professors and researchers from dozens of universities and institutes.

The warning from Yan – one of China’s leading experts on American affairs – came amid intensifying political headwinds from the US and its allies and rising nationalism in China.

He said heightened nationalism among people born after 2000 was driven mainly by key opinion leaders on the internet, with students being heavily influenced by conspiracy theories and economic determinism.

Yan suggested that his fellow lecturers on international affairs should try to focus on hard facts so that students did not develop overconfidence in the country.

“[We should] help students recognise the diversity of the world and rid them of the assumption that the world is just divided into China and the outside,” he said. “[We should] strengthen the students’ logical and critical thinking to lower the influence of key opinion leaders.”

Chinese internet regulators are strict on content related to China, but have generally turned a blind eye to conspiracy theories and fake news about foreign governments and societies.

Conspiracy theories, especially those related to the United States, had a massive audience online in China, not least among Generation Z, said Wei Xing, a Shanghai-based journalist and founder of China Fact Check, which focuses on fake international news on Chinese-language sites.

“They tend to understand many issues through the lens of these conspiracy theories,” he said. “Fact-checking doesn’t work very well with them – it’s like you can’t wake a person who pretends to be asleep.

“These theories win good traffic, and are highly deceptive and difficult to debunk with fact-checking, and thus deemed safer to spread.”

Nationalism has also grown against the backdrop of the state’s considerable efforts to warn the country of espionage and infiltration, especially from Western nations.

A high level of scepticism towards the West is shared by Chinese leaders. In one speech in 2014, President Xi Jinping told the country’s security officials that the West, led by the US, was “intensifying their efforts to Westernise and split China” after seeing the balance of power shifting in China’s favour.

Public perceptions of China in developed economies have plunged to new lows in the past two years. A Pew Research Centre survey from March found that 89 per cent of American adults considered China a “competitor or enemy” of the United States.

Meanwhile, opinion polls also suggest a high level of distrust of the US among Chinese, especially among the young. In a survey published in November by the Carter Centre’s US-China Perception Monitor, 62 per cent of Chinese held unfavourable views of the US, rising to 63 per cent among those aged 16 to 24.

In the same poll, 78 per cent of respondents said they believed China was viewed favourably internationally, with 84 per cent of 16- to 24-year-olds expressing that view.