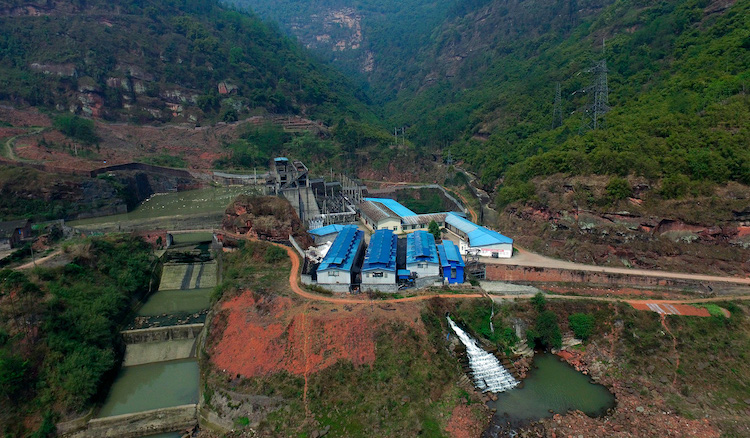 In recent weeks, China has come down hard on crypto mining by shuttering operations across at least five provinces or regions that are rich in either coal or hydropower.

China’s own environmental policy is a key factor in the mining crackdown, industry pros said. Specifically, China’s carbon neutrality policy created an energy shortage within the country due to its drastic reduction in coal-fired power, which contributed over 57% of the country’s energy use.

“The carbon neutrality policy cuts back coal power, which has been a major energy source for the country,” said Winston Ma, an adjunct law professor at New York University and author of “The Digital War – How China’s Tech Power Shapes the Future of AI, Blockchain and Cyberspace.” “China will have to search the edge of its power grid to make up that gap.”

According to that policy, China needs to halve its carbon dioxide emissions from coal-based power plants by 2030. To that end, it must shut, retrofit or put into reserve capacity as much as 364 gigawatts (GW) of coal-fired power, a third of the country’s total, according to London-based climate data provider TransitionZero.

“For financial stability and energy security reasons, the government would want to crack down on crypto mining and trading,” said Arthur Lee, founder of SAI, a Beijing-based clean energy mining company.

China has set hard caps on carbon emissions and will strive to meet the climate targets, according to a report by state media People’s Daily on Sept. 30, 2020, which was reposted on the central government’s official website.

Local governments, especially those that are dependent on coal-fired power in northern China, have been struggling to meet aggressive climate targets set by the central government. Major coal-based power producers such as Inner Mongolia and Xinjiang, which were previously the top two crypto mining hubs in China, have been among the first regions that received directives to crack down on high energy consumption companies, including bitcoin mining businesses.

Such drastic changes have faced backlash from companies and local governments, China’s state media Oritental Outlook reported. The general manager of a coal liquefaction company said it had to completely shut down its factories to meet the planned coal power reduction, according to the report.

One local government in North China even turned off street lights at night to comply with the carbon neutrality policy, the report said.

In the People’s Daily report, senior government officials said there are “voices” that call for lower emission caps. But the officials did not directly respond to whether the central government would make any concessions on these absolute caps on carbon emission, while calling for unity between different authorities and stressing the importance of meeting the targets.

Against this backdrop, the Financial Stability and Development Committee of China’s State Council called for a crackdown on crypto mining and trading on May 21.

“Members of the committee are senior officials from key government agencies such as [National Development and Reform Commission], the Ministry of Public Security, China Securities Regulatory Commission,” Lee said.“The crackdown is well coordinated between these departments and historically policies of such scale have been fully carried out and can hardly be reversed in the future.”

Read the full article: China’s Latest Ban on Crypto Mining Might Be More Serious Than Before – Fintechs.fi