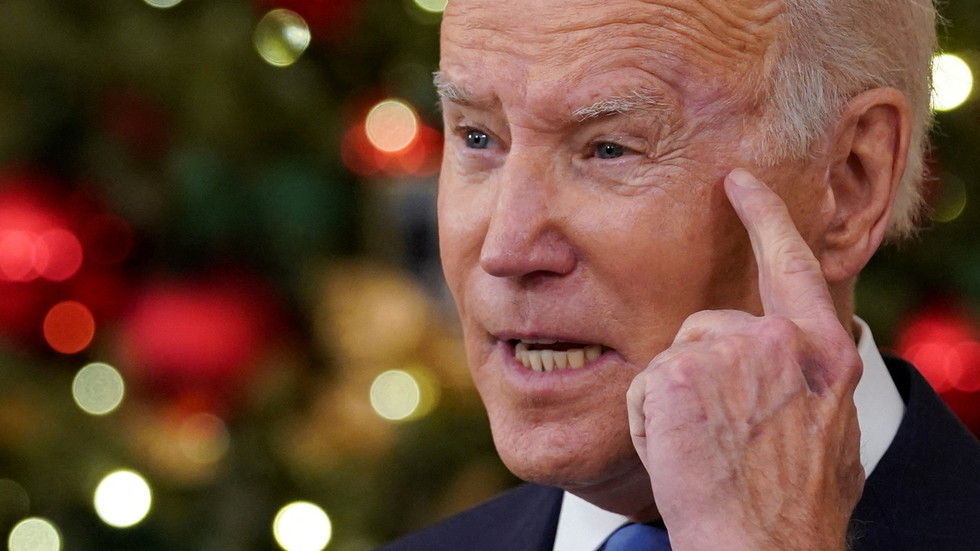 A CNN correspondent said US President Joe Biden seemed “confused” during his interview with ABC News, talking about an anti-Covid-19 pill when asked about rapid tests instead.

Skepticism about Biden’s mental capacities, which has long been a trope of right-leaning media, is a rare sight in outlets supporting the Democratic president. CNN’s Chief National Affairs Correspondent Jeff Zeleny appeared to offer exactly that, however, during a panel discussion of Biden’s latest interview.

Biden “was confusing the half a billion tests that they’ve ordered with a half a billion pills,” he pointed out, referring to a gaffe made during the one-on-one that the president had with David Muir. The president has been accused of ‘not-quite-there’ episodes on a fairly regular basis, but his defenders usually attribute them to his well-known propensity for gaffes, his stutter, and similar explanations.

During the ABC News interview, Biden first talked about 500 million pills that the administration ordered from Pfizer. The antiviral drug, Paxlovid, was approved for use by the Food and Drug Administration this week, which called it “a major step forward in the fight against this global pandemic.”

The next question was about free tests that the Biden administration wants to mail to Americans who want them, starting mid-January. The same amount of kits have been contracted for the purpose, and Biden talked about ordering “half a billion pills” rather than tests, before correcting himself.

A lack of availability of rapid test kits has been a major issue for the US, and the Biden administration faced much criticism for its failure to address it. The White House press secretary Jen Psaki infamously mocked a journalist’s suggestion that free tests should simply be sent to Americans, just weeks before the US government announced plans to do exactly that.

Speaking to ABC News, Biden said he wished he “had thought about ordering half a billion pills [sic!] two months ago, before Covid hit here,” apparently referring to testing kits and the emergence of the Omicron variant.

The lamentation exposed him to further criticism, after Vanity Fair reported on Friday that the Biden administration rejected a plan to ramp up testing during the holiday season when it was suggested in October.

The plan was to follow other developed nations to put free rapid test kits into the hands of the citizenry, the report said. The White House preferred to play “small-ball,” one of the experts behind the proposal said.