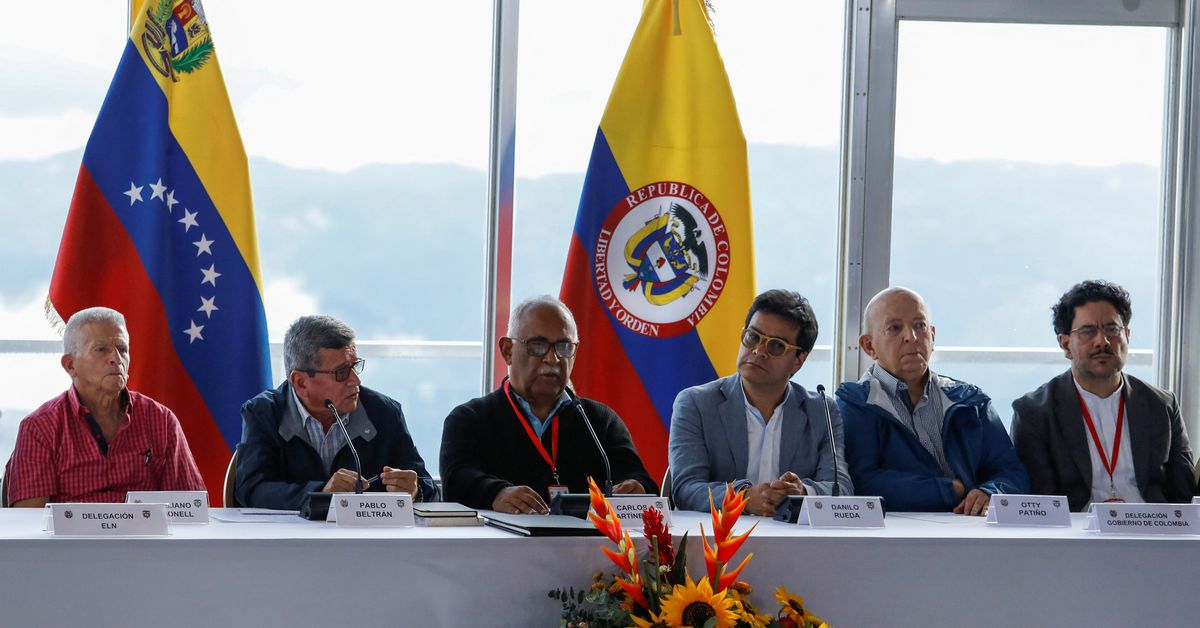 Negotiators from the Colombian government and leftist guerrilla group the National Liberation Army (ELN) began peace talks on Monday, the first major step in President Gustavo Petro's efforts to end nearly 60 years of war.
Petro, a former member of the M-19 insurgency who took office in August, has promised to bring "total peace" to Colombia by negotiating with rebels and crime gangs involved in drug trafficking and illegal mining.

"We cannot see each other as enemies, the labor we have is of reconciliation," said ELN negotiator Pablo Beltran. "We hope not to fail these expectations for change."

The talks - which began in Venezuelan capital Caracas - will rotate among guarantor countries Venezuela, Cuba and Norway, according to the Colombian government.

"We are committed to talks with an organization that also wants peace," said head government negotiator Otty Patino. "We are going to reach safe port...a real peace."

Previous attempts at negotiations with the ELN, which has some 2,400 combatants and was founded in 1964 by radical Catholic priests, have not advanced partly because of dissent within its ranks.

Leaders have said the group is united, but it is unclear how much sway negotiators hold over active units. Much of the ELN's negotiating team is older than many of its members.

The negotiations do not mean a suspension of military operations against the rebels, Colombian Defense Minister Ivan Velasquez said earlier on Monday.

Talks between the ELN and the government of Juan Manuel Santos began in 2017 in Ecuador, later moving to Cuba, but were called off in 2019 by Santos' successor, Ivan Duque, because the ELN refused to halt hostilities and killed 22 police cadets in a bombing.

Petro has also promised to fully implement a 2016 peace deal with the now-demobilized Revolutionary Armed Forces of Colombia (FARC) rebels. More than 450,000 people have been killed in Colombia's six decades of internal conflict.