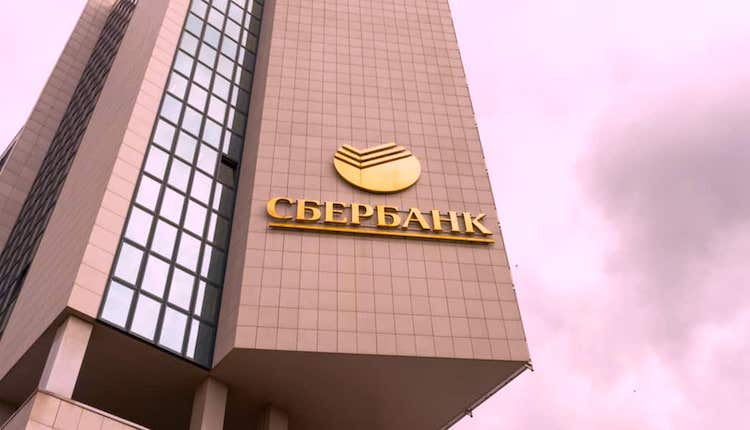 One of Russia’s largest banks, the state-owned Sberbank, must restore its account support for a BTC investor as he presented detailed information about his digital asset transactions.

Sberbank was ordered by a Russian court to restore access for a customer involved in Bitcoin trading. The authorities added that Sberbank should not have blocked the account as the client had provided all the necessary information about his cryptocurrency operations.

The Sverdlovsk Regional Court in Yekaterinburg ordered Sberbank, also referred to as Sber, to unblock account services to a client who has been dealing with Bitcoin (BTC).

Pavel R., a resident of Revda, is a holder of international bank cards issued to him by Sberbank of Russia, as well as accounts opened in his name. Within the framework of the contracts concluded by the parties, the plaintiff was provided with a remote banking service.

In the period from May to August 2020, regular transfers of funds from individuals were made to his accounts, and he debited funds from the accounts. In August, the Bank considered all the client’s transactions to be unusual and, in order to prevent the Bank from being involved in operations aimed at money laundering, blocked the client’s cards and accounts.

Sberbank also asked Pavel R. to submit documents explaining the source of funds, the meaning of the operations being carried out. Pavel submitted all the necessary documents, from which it followed that he carried out transactions for the sale of bitcoins on cryptocurrency exchanges, after which he waited for his accounts to be unblocked. But that did not happen.

Pavel R. filed a claim with the Bank, again attaching all documents on the legal nature of transactions on the accounts. But Sberbank decided to continue blocking cards and remote banking services for its client.

Believing that Sberbank’s actions were not based on the law, violating its rights as a consumer, Pavel R. filed a lawsuit with the Revdinsky City Court against Sberbank of Russia PJSC to unblock bank card accounts, resume remote banking services, and compensate for moral damage.

By the decision of the court of first instance, the claims were dismissed. In an appeal filed with the Sverdlovsk Regional Court, the plaintiff asked for a new judicial act on the case to satisfy the stated requirements in full. The Judicial Collegium for Civil Cases, having considered the case materials, agreed with the findings of the first instance court that the Bank had the statutory grounds for blocking the plaintiff’s bank cards and limiting the remote banking service.

The materials of the case confirmed the fact that, in a short period of time, numerous operations were carried out on the accounts of the plaintiff to transfer funds from various individuals. However, after the plaintiff explained that the funds were received from the transactions he made on cryptocurrency exchanges for the sale of bitcoins, the defendant did not cancel his actions to block cards and accounts, did not give an answer to the plaintiff’s claim, did not explain to the client the reason why he did not consider it appropriate and the convincing evidence presented by the latter.

Although at the time the disputed legal relations arose between the parties, the activity of buying and selling cryptocurrency did not receive legislative regulation, it is not prohibited by Russian law. Since the client disclosed the economic meaning of the transactions and indicated the source of the receipt of funds to the accounts, the Bank had no reason to retain the blocking of bank cards and limit the provision of remote banking services.

Also, the panel of judges did not agree with the conclusion of the Revda City Court that the plaintiff’s rights were not violated at present. Under the terms of the agreement, the Bank is obliged not only to open and maintain an account, but also to provide an additional remote banking service that allows the client to use the account without visiting the Bank’s office. But, at the moment Pavel R. is deprived of such an opportunity.

At the same time, the plaintiff’s claims for compensation for non-pecuniary damage were not satisfied by the court of first instance with good reason. The law “On Protection of Consumer Rights” cannot be applied to the legal relationship between the parties. The plaintiff used bank accounts and cards not for the purposes with which the law associates the possibility of compensation for moral damage in connection with the violation of property rights.

The Sverdlovsk Regional Court overturned the decision of the Revdinsky City Court regarding the refusal to the plaintiff to satisfy the requirements for imposing the obligation to unblock bank cards, restore access to remote banking services and recover legal costs, PJSC Sberbank of Russia was obliged to restore Pavel R.’s access to remote banking services and unblock bank cards.

In addition, 5,000 rubles were collected from the defendant – reimbursement of legal costs. The rest of the decision is left unchanged.

Sberbank Planned to Launch Its Own Cryptocurrency

Russia’s largest bank has more history with the cryptocurrency industry as it reportedly sought approval to launch its own token through a blockchain platform at the beginning of the year. Back then, Anatoly Popov – deputy chairman of the board – confirmed the initiative:

“Sberbank filed an application with the Bank of Russia to register its blockchain platform in early January since digital financial assets in accordance with the law can be issued on a registered platform.”

Popov further explained that Sber had already tested blockchain technology and “saw that this solution works.”