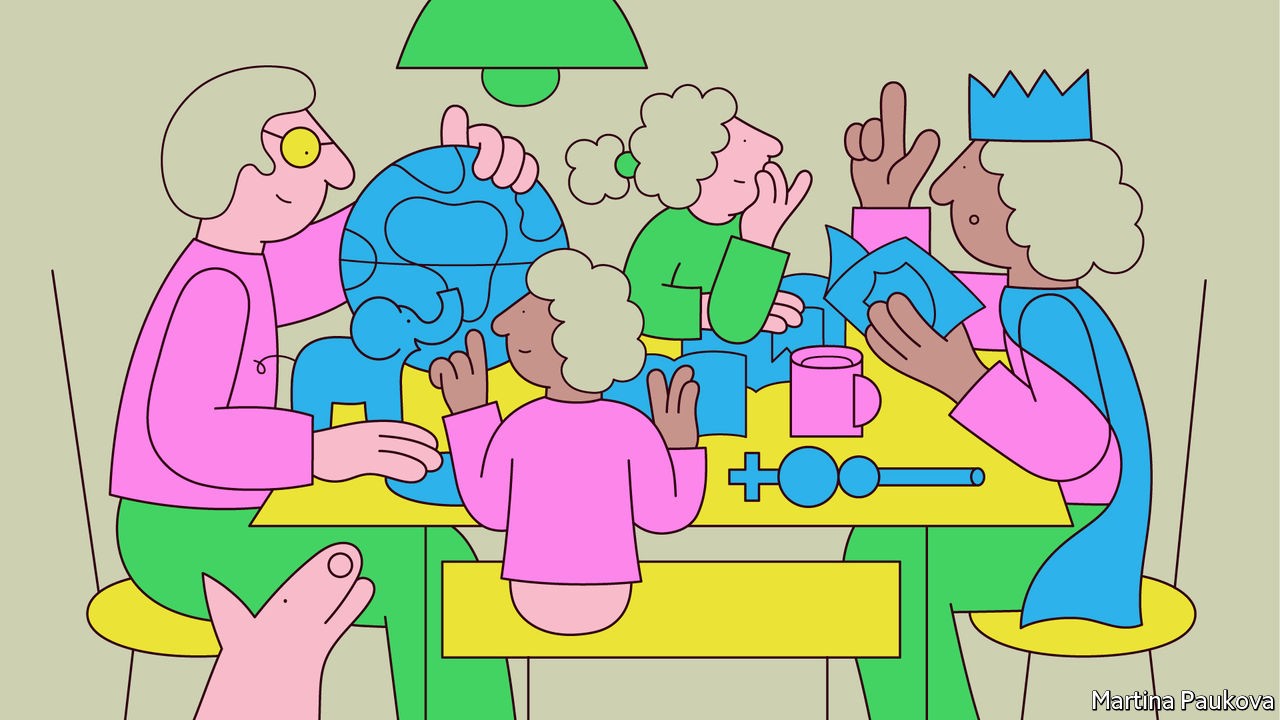 EMILY CLARK’S boys did not return to class in September, when schools in England opened to all pupils for the first time since the spring. Her three school-aged sons had begun learning remotely a few weeks before everyone else did in Britain’s first lockdown in March 2020. Doctors said that her five-year-old—who had a kidney transplant when he was a toddler—might be at increased risk from covid-19. But health worries were not the main reason why six months later Ms Clark chose formally to withdraw her children from school and start educating them herself. She says that they have been happier since they stopped having to spend their days in classrooms and that with her as their teacher, they are learning more quickly.

Helping their children learn remotely during the pandemic has driven many parents to distraction. A few have found it easier and more rewarding to take complete control of their children’s lessons. Research published in November by the Association of Directors of Children’s Services, a group that represents local officials, found the number of home-educated children in England had increased by 40% to about 75,000 in the year to October 2020. That represents a little under 1% of school-aged children but it is double the number who were home educated four years before. In America, where some schools have not opened their buildings since March, the numbers are higher. A survey published in October by the Pew Research Center found that around 7% of American parents were formally home-schooling their children, up from around 3% in the spring.

The ranks of home educators were swelling long before the disruption of covid-19. For decades the greatest number in America have been conservative Christians who fear public schools may corrupt their offspring. But since 2007 the share of parents who say that providing religious or moral instruction is the “most important” reason for them to home-school has fallen, according to a survey by the Department of Education. More parents now cite concerns about drugs and other nasty influences in schools. Those who live near bad schools and who cannot afford private ones sometimes decide home-schooling is a better option. Black families and those from other minorities have additional worries about racism in the public school system, says Cheryl Fields-Smith of the University of Georgia.

Around the world “accidental” home-schoolers are becoming more common, argues Rebecca English, who studies home education at Queensland University of Technology in Australia. These parents say that they have withdrawn their children as a last resort because their local schools cannot accommodate disabilities or emotional problems. Today’s parents have a lower tolerance for problems, such as bullying, that previous generations of children were sometimes expected to endure. In many places the expansion of special educational services has not kept pace with demand, leading to long waits for the evaluations that are required before children can benefit from them.

Supervising remote learning during the pandemic has helped some parents recognise that their children are trailing a long way behind their classmates, says Juliet English of Headhub, an organisation that lobbies for home educators in Britain. Others have discovered that the work schools are setting is much easier than they think their children can handle, reckons Paula Lago, an Argentinian who runs a website offering advice to home educators in Latin America. Parents of the littlest schoolchildren have not enjoyed seeing them forced to learn from screens.

Wendy Charles-Warner of Education Otherwise, which supports home-schoolers in Britain, thinks a small number of the parents who have recently started home educating there have done so because they are afraid of sending their children back to class during the pandemic (unlike in America, schools in Britain have stopped offering a virtual learning option after their premises have reopened). But she thinks the large majority have taken the decision after seeing their children thrive at home. Eric Wearne of Kennesaw State University thinks that a lot of America’s new home-schoolers will send their children back to classrooms once the threat of infection subsides. But he thinks the experience of learning from home during the pandemic—whether parents followed a school-provided curriculum or ploughed their own furrow—will make them more willing to consider home-schooling if their children face problems at school in the future.

Other changes in the wake of covid-19 could encourage this. Job losses are creating more stay-at-home parents. Many employers will probably continue to allow their staff to work more flexibly. In America prolonged school closures have popularised strategies that home educators have long used to improve learning and spread the burden of teaching. Many home-schooling parents form co-operatives. They share the cost of, say, extra maths tuition, and their kids play together.

A lasting rise in the number of home educators will revive old worries. Reliable research into outcomes for home-schooled children is sparse. One of the better studies, based on surveys in America in 2011 and 2014, found that adults who had been home-schooled were less likely than public-school students to have completed a four-year degree. Some parents are seeking to shelter their children from concepts such as Darwinism. Regulators in Britain worry that parents are using home education as a cover to send their children to unlicensed schools with fiercely religious curriculums. Ofsted, the schools inspectorate, set up an “unregistered schools task force” in 2016. Since then it has opened investigations into 740 schools and concluded that about 100 of them were breaking the law in some way. In December its head said that the proliferation of these “unsafe and unsuitable” settings was one of her biggest concerns.

Another fear is that a wider acceptance of home-schooling will undermine efforts to improve schools. Head teachers in Britain have sometimes been accused of trying to persuade parents that they should home educate disruptive, disabled or underperforming children, whether or not that is the best option for them. This seems particularly common for children approaching important exams taken at the age of 16, the results of which are used to hold school leaders to account.

The fiercest debates relate to abuse. The death in 2011 of Dylan Seabridge, an eight-year-old who succumbed to scurvy, caused outrage in Britain. His parents had never enrolled him in school. Grim cases in America include that of Adrian Jones, a “home-schooled” seven-year-old starved and murdered by his father and stepmother in 2015, whose body was fed to pigs. Such examples usually reflect multiple failures in the systems that are supposed to keep children safe. Frequent contact with teachers provides more opportunity to spot abuse or malnutrition. Parents sometimes take their children out of school soon after discovering that authorities are worried about their welfare. A study in 2018 of six school districts in Connecticut showed that more than one-third of families who had withdrawn children from school in the previous three years had been the subject of at least one prior report for suspected child-neglect or abuse. 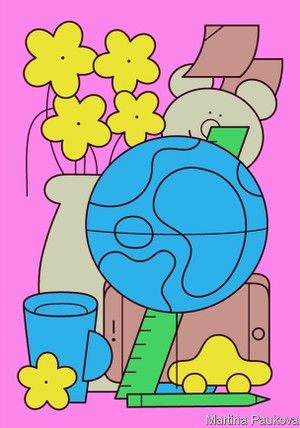 Home education is legal in all American states. In New York home educators must spend time teaching a list of mandated subjects, and their children must sit standardised tests. In some other parts of the country home-schooling parents must have basic qualifications, such as a high-school diploma. But Elizabeth Bartholet, a professor at Harvard Law School, argues that even strict-sounding regulations are poorly enforced and rife with exemptions.

As well as reviving arguments about regulation, the pandemic may fuel new debates about how much support home-schoolers should get from governments. June McDonald runs PLACE, an organisation funded by Bedford borough council in England that helps local home-schooling parents prepare their children for big national exams. It operates a library and classroom out of an old dental surgery. It also grants home-schooled children after-hours access to the art studio and science laboratories of a local state school. But such projects are rare.

Michael McShane of EdChoice, a think-tank, notes that authorities in Arizona and Florida now offer “education savings accounts” that allow some home-schooling parents—particularly those whose children have special needs—to spend public money on services such as tutoring. Rachel Coleman of the Coalition for Responsible Home Education, a research and advocacy group, would like to see every American school district nominate an administrator to work with local home educators. She thinks all home-schooled children should be offered the option of attending school part-time (at present, laws in a few states forbid that). These ideas are welcomed by many home educators but resisted by a vocal portion of them, who worry that gifts from government will inevitably lead to more regulation.

Back in England Ms Clark says she and her husband plan to keep their children at home until they are old enough for secondary school. At that point, she thinks, they will be better off returning to classrooms. The job got a bit more complicated in January, when she had a new baby. But Ms Clark feels up to the task. Since nursing her child through a transplant, other challenges have seemed light.