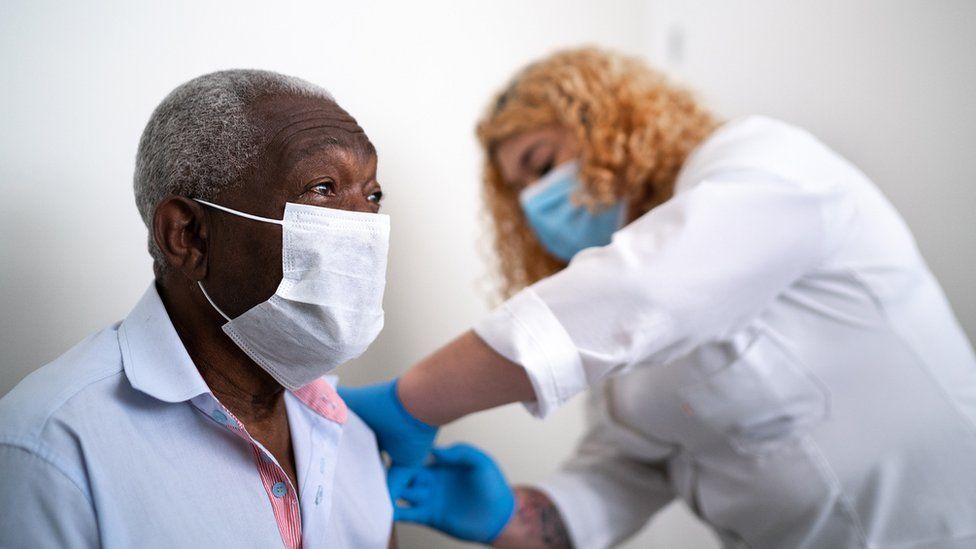 Covid: No need for a fourth jab "yet", say UK advisers

A fourth Covid jab is not yet needed, say UK experts, because booster doses continue to provide high protection against severe disease from the Omicron variant among older adults.

With just two vaccine doses, protection against severe disease drops to about 70% after three months and to 50% after six months.

The Joint Committee on Vaccination and Immunisation (JCVI), which advises on vaccine policy, says the priority therefore remains to get first, second and third doses to those who have not already had them.

This is despite some countries such as Israel starting to give fourth Covid shots to manage the highly infectious Omicron variant that is causing rising numbers of infections around the globe.

More than 35 million boosters and third doses have now been administered across the UK.

Prof Wei Shen Lim, the JCVI's chairman of Covid-19 immunisation, said: "The current data show the booster dose is continuing to provide high levels of protection against severe disease, even for the most vulnerable older age groups.

"This is highly encouraging and emphasises the value of a booster jab.

"With Omicron continuing to spread widely, I encourage everyone to come forwards for their booster dose, or if unvaccinated, for their first two doses, to increase their protection against serious illness."

'Not the right time'

Professor Anthony Harnden, deputy chairman of the JCVI, said there would have to be swift action if data showed a drop off in immunity against severe disease for the elderly.

"But at the moment all the signs are good," he told BBC Radio 4's Today programme. "What isn't sustainable in the long term is vaccine programme that delivers a vaccine every three months."

He said it was important to get the timing right for any potential fourth dose of a vaccine for vulnerable people.

"Which may be later in the year... we just don't think it's the right time at the moment," he said.

Meanwhile, extremely vulnerable patients with impaired immune systems are still advised to have four shots overall, rather than the usual three, to be fully vaccinated.

Even though vaccines are working well, large numbers of infections still mean some people will still get sick and need hospital care.

A psychology lecturer has told the BBC he believes varying coronavirus rules across the UK are causing people to feel "fatigue" and "uncertainty".

Dr Simon Williams from Swansea University said: "When you've got different rules in different countries, but effectively we are still sharing the UK, it really hampers people's understanding and it also undermines rules on both sides."

"We are still seeing rising hospitalisations, particularly with the case rate rising with older age groups - that is of concern," he said.

"And I think we have to be honest when we look at the NHS and say it will be a rocky few weeks ahead."

Alongside rising hospitalisations, Covid-related staff absences in England have risen sharply, with the number of workers off sick for Covid reasons having trebled from the beginning of December, the latest figures show.

About 4% of hospital staff in England - nearly 36,000 - were off for Covid reasons each day during the week ending 2 January.

When other sickness absence is added it brings the total off to 9% - nearly double what would normally be seen at this time of year. 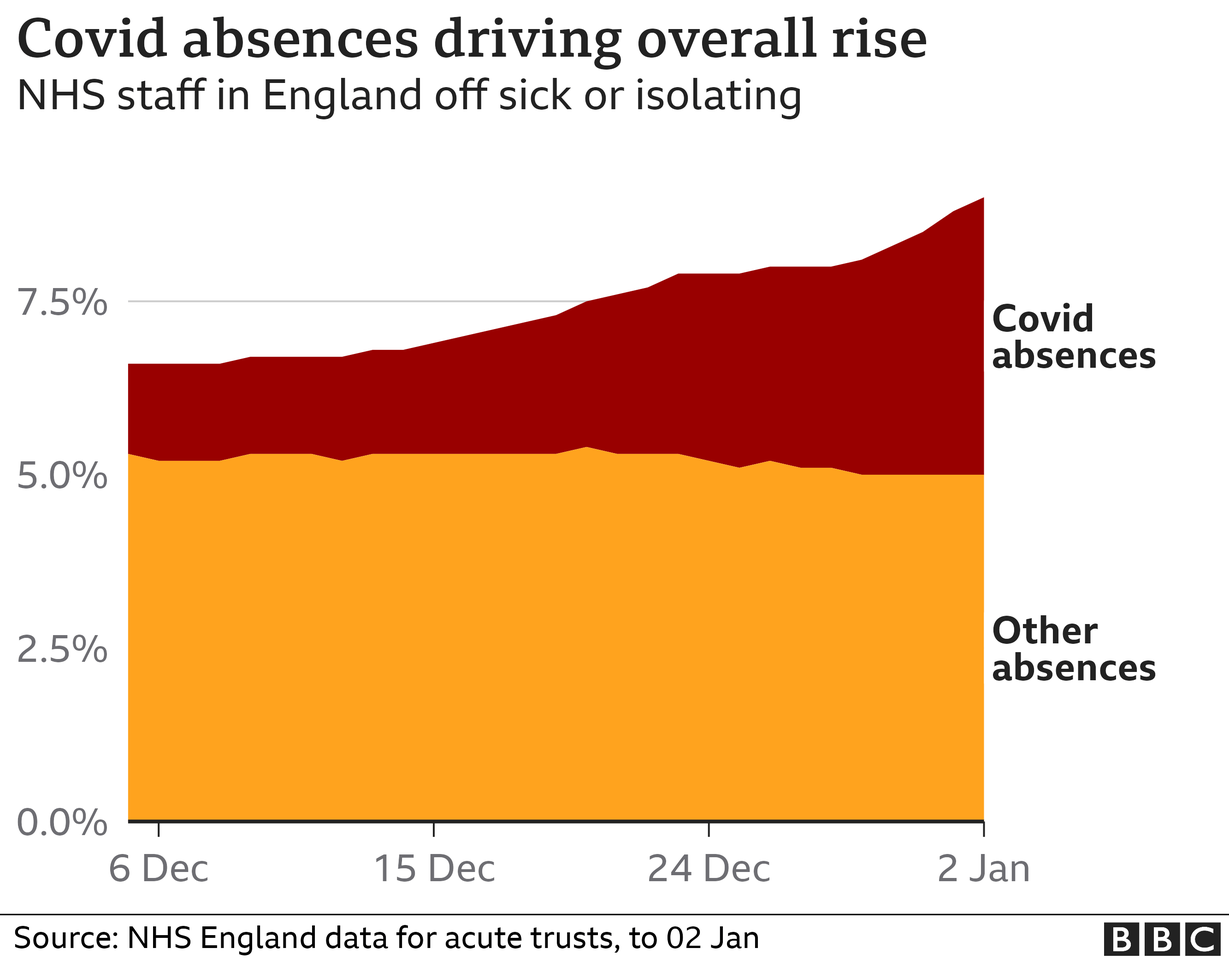 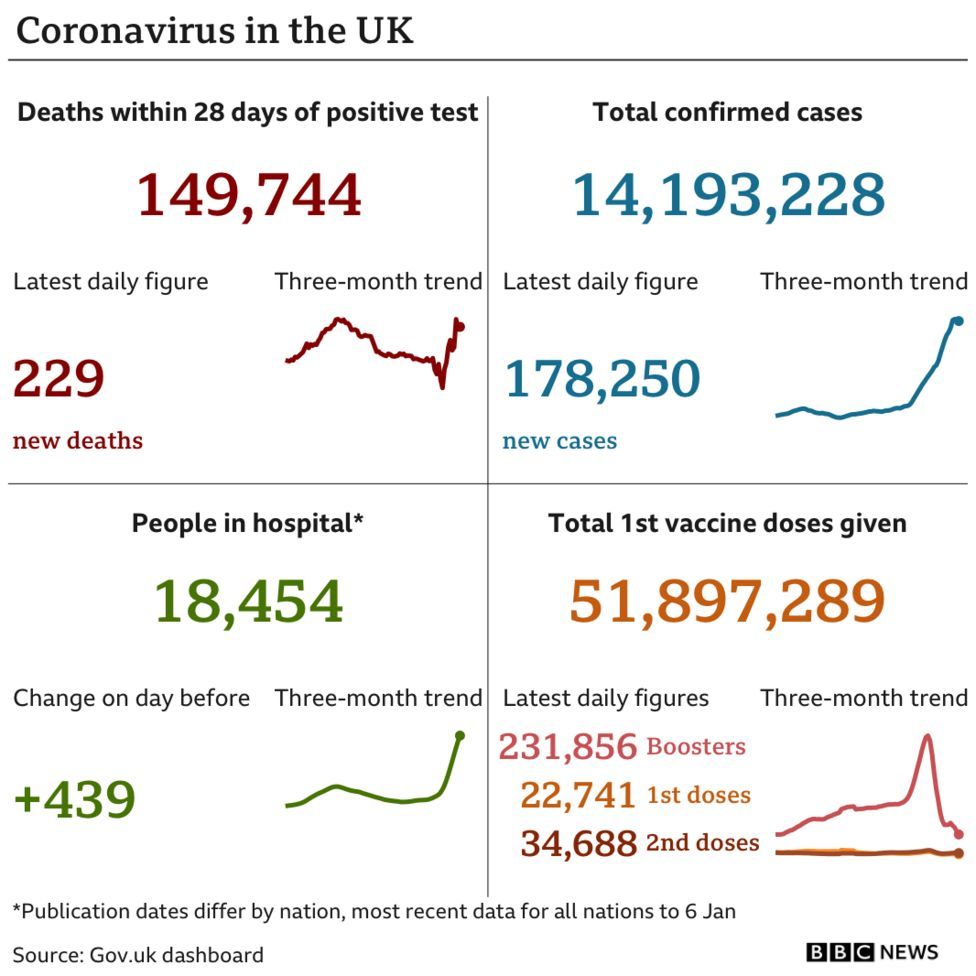