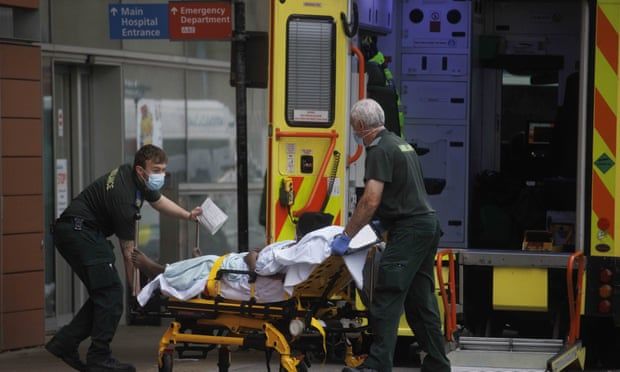 Documents released by Sage reveal bleak picture amid high number of cases of the Omicron variant
Restrictions “similar in scale to the national lockdown” are needed to keep hospital admissions from coronavirus below previous peaks, experts warned on Saturday.

Amid high numbers of cases of the Omicron variant of coronavirus, documents released by the Scientific Advisory Group for Emergencies (Sage) revealed the bleak picture painted by advisers throughout December as the threat from the strain rose.

Advice included that indoor mixing is the “biggest risk factor” for the spread of the variant of coronavirus, and that large gatherings risked creating “multiple spreading events”.

The Scientific Pandemic Influenza Group on Modelling, Operational sub-group (SPI-M-O) said in documents released on Saturday but dated 8 December that in almost all modelling “a significant reduction in transmission (similar in scale to the national lockdown implemented in January 2021 and the ‘pingdemic’ in July 2021) is required to keep hospitalisations below the height of previous peaks.”

The advice from 10 days ago adds: “Earlier intervention also reduces the wave of hospitalisations.”

The experts warned that even if transmission rates were reduced, hospital admission levels were likely to be between 1,000 and 2,000 a day in England by the end of the year.

And modelling showed that if ministers stuck to the current plan B measures, there would be a peak of 3,000 a day.

It comes as the number of deaths in England of people with the Omicron variant has risen to seven, the UK Health Security Agency (UKHSA) said, from the previous figure of one.

Hospital admissions in England for people with confirmed or suspected Omicron rose to 85, from 65.

The UKHSA said there had been 10,059 additional confirmed cases of the Omicron variant of Covid-19 reported across the UK.

This brings the total confirmed cases of the variant in the UK to 24,968.

The Sage documents said: “Some scenarios have significantly worse outcomes during the first few months of 2022 but there are many uncertainties.”

And the ramping up of the booster programme would not help, as many of those admissions would be those who are infected now.

They warned that delaying introducing stricter measures until 2022 would “greatly reduce the effectiveness of such interventions and make it less likely that these would prevent considerable pressure on health and care settings”.

It comes after reports that officials had drawn up plans for a two-week circuit breaker lockdown after Christmas.

The Liberal Democrats have called for parliament to be recalled on Monday to debate the next steps.

Party leader Sir Ed Davey said: “We cannot allow the prime minister to sit on his hands while the NHS and businesses are on the brink of collapse.

“Ministers must explain the latest scientific advice to MPs and ensure a proper debate over future Covid measures, including support to help businesses through this increasingly difficult period.”

Earlier Stephen Reicher, professor of social psychology at the University of St Andrews and member of Sage, said it was clear that plan B measures alone would not be enough to stop the spiralling numbers of cases.

Prof Reicher, who was speaking to Times Radio in a personal capacity, said the time to act was now.

Reicher said: “The only way really, or at least the most effective way, we can have an immediate effect is to decrease the number of contacts we have.

“In many ways, the most effective way of diminishing contact is to have a circuit-breaker.

“But the problem is at the moment things are closing down anyway, because of the spread of infection. So I think we need to act now.”

A government spokesperson said: “The government will continue to look closely at all the emerging data and we’ll keep our measures under review as we learn more about this variant.”

Cabinet ministers received a briefing on Saturday on the latest situation regarding the Omicron variant.

There was no meeting of the cabinet or further discussion, but ministers were given an update on the data surrounding the variant.

A Cobra meeting will be held over the weekend with the devolved nations.

A further 90,418 lab-confirmed Covid-19 cases have been recorded in the UK as of 9am on Saturday, the government said.

A further 125 people had died within 28 days of testing positive for Covid-19.

Separate figures published by the Office for National Statistics show there have now been 172,000 deaths registered in the UK where Covid-19 was mentioned on the death certificate.

Meanwhile the World Health Organization said the Omicron variant had been identified in 89 countries as of Thursday and had a doubling time of between 1.5 and three days.

It said data is still limited on the severity of the strain, but added: “Given rapidly increasing case counts, it is possible that many healthcare systems may become quickly overwhelmed.”
#Coronavirus  #COVID-19  #Covid