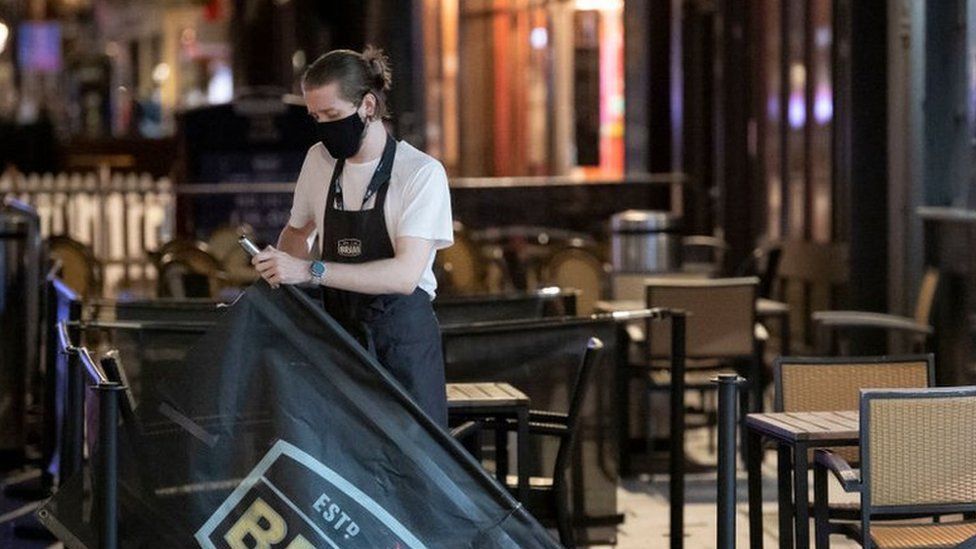 Covid: Scotland to receive an extra £220m from Treasury

Scotland is to receive an extra £220m from the UK government to help tackle Covid-19.

The Scottish government has made repeated calls for more money from the Treasury as Omicron numbers rise.

It had already said bars and restaurants would receive a £66m support package but hospitality bosses said this was not enough.

The extra funding follows discussions between the devolved nations and Chancellor Rishi Sunak.

The UK government said the money was on top of the £220m it had already provided from the Autumn Budget.

However, First Minister Nicola Sturgeon said she wanted to check if this was the case.

She tweeted: ": "Before we get spin on 'doubling', the £220m announced last week was NOT new or additional (it was actually £48m less than we had been expecting). Seeking confirmation if this new £220m is additional (tho if so £48m will just make up last w/k loss) & if it has to be repaid to the extent it is new/additional, @scotgov will make sure it goes in full to helping business and the overall Covid effort."

She further tweeted: "As infections soar and businesses suffer, we still need much more urgency in action/support from UK Gov - so that devolved gov hands not tied. To that end, it was disappointing and frustrating that neither the PM nor the Chancellor attended this evening's COBRA."

The Welsh government was allocated an extra £270m and the Northern Ireland Executive £150m. They both received the same amounts in the Autumn Budget.

"We will continue to listen to and work with the devolved administrations in the face of this serious health crisis to ensure we're getting the booster to people all over the UK and that people in Scotland, Wales and Northern Ireland are supported."

When the Treasury announced £220m of immediate funding earlier this week, Scottish ministers said this had been brought forward from next year and had already been budgeted for.

At the time, Finance Secretary Kate Forbes told the BBC that "tentative" conversations were being held with the Treasury and she was making the case for funds "on every front". 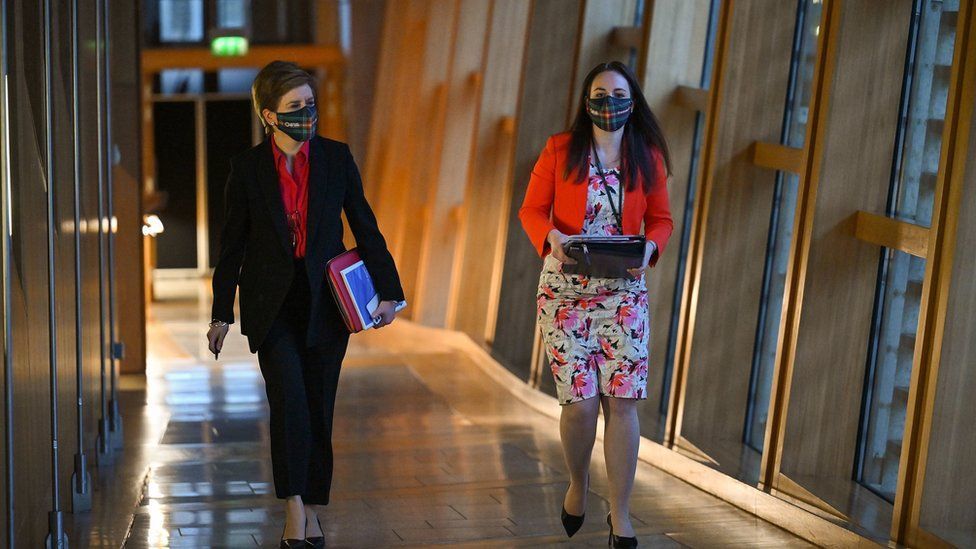 Ms Forbes said she had quoted £500m in the Scottish government's request, a figure based on the monthly costs of furlough and grants.

She said: "Ultimately this is about helping businesses right now that are struggling, but also knowing that when we need more support - because none of us can absolutely for definite know how this variant is going to play out - we know that we can access additional support for businesses."

Nicola Sturgeon warned on Friday that Omicron was now the dominant strain of the virus and a "tsunami" was beginning to hit Scotland.

New guidance for shops, hospitality venues and other businesses was introduced on Friday, in a bid to stem the transmission of Covid.