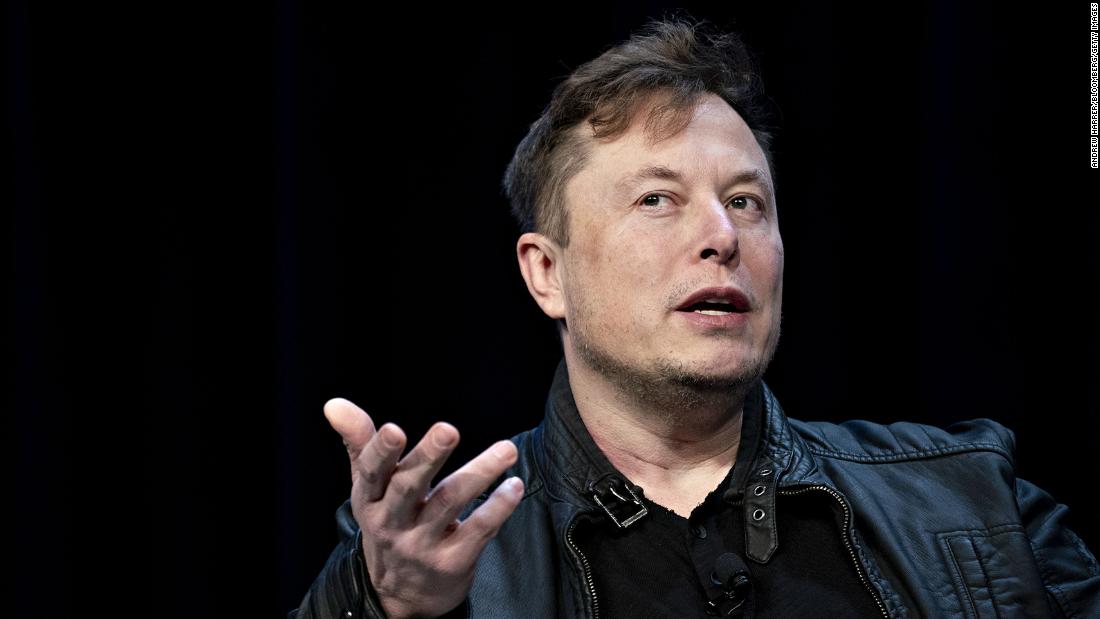 The prices of bitcoin, dogecoin and other digital currencies have plunged more than 40% in recent weeks. While Elon Musk isn't the only reason for the crypto carnage, he certainly isn't helping.

Whether it's going on "Saturday Night Live" and joking that dogecoin is a "hustle" or having his epiphany that bitcoin mining may not be great for the environment, Musk's behavior has cryptocurrency bulls wishing he would stop tweeting and focus more on building cars instead.

Bitcoin (XBT) fans are tired of Musk exerting so much influence over the near-term price movements of seemingly all cryptocurrencies.

"People who followed Musk blindly have lost a lot of money. They may have gotten burned and never come back," said Alex Mashinsky, CEO and founder of Celsius, a crypto lending platform that offers digital tokens as rewards to customers — similar to a publicly traded company paying a dividend.

"The crypto community needs to be more responsible in how it explains these assets and the risk," Mashinsky added. "Pundits kept saying we'd never see a down market for bitcoin again because of institutional interest, Square and PayPal, etc. When you hear that, you have to worry."

Investors and analysts are particularly irked by that all cryptocurrencies have been rising and falling with bitcoin and dogecoin — in part due to Musk making flip-flopping remarks about them. Some crypto investors are also annoyed, to put it mildly, that a comment from Musk can move prices so wildly.

Tesla did not respond to requests for comment about Musk's thoughts on bitcon, dogecoin and other cryptocurrencies. But Musk hasn't been silent on Twitter — and, for the time being, he seems bullish.

In one tweet early Monday morning, Musk shared a parody of the famous movie poster of "Jaws."

A crumpled dollar was the substitute for the hapless swimmer about to get attacked, and the infamous shark was replaced with a giant dog. DOGE appeared in big red letters at the top, with the caption "You'll never use the dollar again."

Musk also responded to a Twitter follower on Saturday who asked him: "what do you think about the peeps who are angry at you because of crypto?" Musk said that "the true battle is between fiat & crypto. On balance, I support the latter."

Musk isn't the only reason for the sell-off. Also contributing to the slide are fears of stricter regulations in China (where many bitcoin mines operate) as well as the potential for more taxes on cryptos in the United States.

But Musk's constant chatter about crypto may be confusing some investors.

They may not realize there are different use cases for bitcoin, which many investors treat as sort of an inflation hedge (aka digital gold) as opposed to the second largest crypto ethereum, whose blockchain is used for many non-fungible token (NFT) transactions that are becoming increasingly popular in the art and collectbles world.

Laugh at the meme coins...but don't buy them

Good luck finding anyone with a convincing argument for why dogecoin and other joke currencies like shiba inu coin are needed for anything.

"I still don't understand what Musk's perspective on dogecoin is and I don't think the world does either. Why does he think it's valuable?" said Megan Kaspar, managing director with Magnetic, a cryptocurrency investing firm.

"Institutional investors are very thoughtful and are not buying dogecoin just because Musk is pumping it. But retail investors, who are not doing this for a living, may not be," she added.

Marchesoni urged long-term investors, the so-called HODLer faithful, to tune out Musk and focus on bitcoin, ethereum and other prominent coins like cardano and XRP.

"There is nothing to be worried about if you are a HODLer," Marchesoni said. "But if you are a small investor, you are going to get burned unless you stay away from the meme coins."

"The bubble will burst. It always happens with new assets. It will pop and we're not yet at the climax," she warned.

Mashinsky, the Celsius crypto lending platform founder, agreed that casual investors may soon grow tired of the volatility in cryptocurrencies — leaving only long-term bulls who love that digital money is not tied to the whims of government-backed central banks, unlike paper currencies.

So long to the casual crypto investors?

"We're getting a flushing out of all the crypto tourists," Mashinsky said. "Many of them are not here buying because they believe in financial freedom or long-term diversification. They're just trying to make a quick ride."

That's why some experts are also urging investors to look at so-called stablecoins such as tether, USD Coin and binance USD. These are cryptocurrencies pegged to the value of the dollar, euro and other forms of fiat money, as a way to hedge their bets.

"Stablecoins are asset-backed, so there is less volatility but they can help mitigate inflation pressure," said Ken Nakamura, CEO of GMO-Z.com Trust Company, which launched the world's first regulated stablecoin that is pegged to the Japanese yen.

But make no mistake: Bitcoin and other cryptos are still relatively young assets when compared to stocks, bonds and physical commodities and currencies.

Most cryptocurrencies are likely to be volatile investments for the foreseeable future, especially if Musk doesn't put his phone down.

"There is headline risk for cryptocurrencies and Musk is the poster child for that. What he says still matters...at least for now," said Ed Egilinsky, managing director and head of alternative investments at Direxion.

"Investors have to consider why they are buying. Hopefully, it's to diversify," Egilinsky said. "But there's not a long enough history to say that bitcoin or others are at true inflation hedge. This is still more like speculative momentum trading."