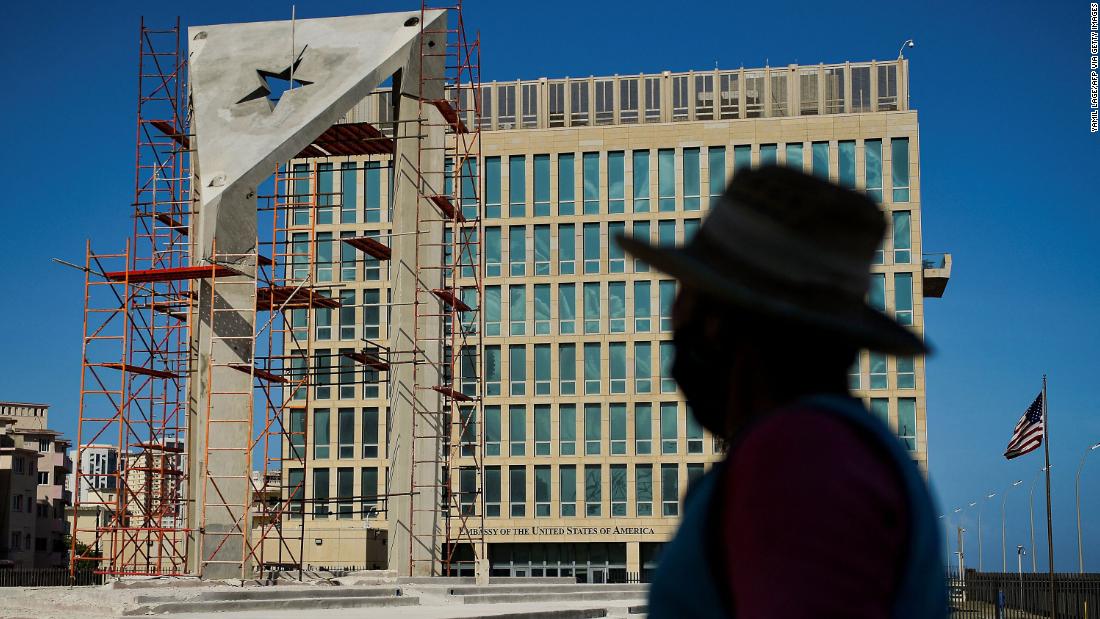 A high-ranking official in Cuba's foreign ministry is calling for the Biden administration to restore relations with the island in light of a recent CIA report that found most "Havana syndrome" cases were unlikely to have been caused by a foreign power.

The spate of mysterious health incidents that have plagued American diplomats and CIA personnel in Havana, Cuba, among other cities, can be explained by environmental causes, undiagnosed medical conditions and other factors, rather than "a sustained worldwide campaign" by a foreign adversary intended to harm US personnel, CIA officials said last week, describing interim findings from a wide-ranging study.

While Cuban officials rarely agree with anything their longtime nemesis, the CIA, says, Carlos Fernández de Cossío Domínguez, a vice minister at Cuba's foreign ministry, told CNN that the report should provide enough evidence for US President Joe Biden to order the reopening of embassies and normalize relations.

"The logical step by the US government with this evidence, with what they know now would be to put aside the excuse used at the time about attacks and then normalize the functioning and the operating of their embassy in Havana and to normalize our embassy in Washington," said Fernández de Cossío, who served as director general of US affairs at the Cuban foreign ministry.

In 2016, US diplomats and undercover CIA officers in their homes and hotel rooms in Havana began complaining of unexplained symptoms, such as dizziness and pounding headaches. These sometimes were accompanied by an unidentified "piercing directional noise" that sounded as if metal was being scraped across a floor.

Eventually, 24 diplomats were diagnosed with brain damage that ranged from mild impairment to injuries "so severe they may never be able to return to their previous jobs."

US officials feared the unexplained illnesses might have been caused by "sonic attacks," an unknown directed energy weapon or microwaves.

In 2017, the US ejected 15 Cuban diplomats and withdrew most of its diplomats working in Havana, ending consular services for Cubans seeking visas to the US. Last year, the US government estimated that more than 100,000 Cubans had been unable to receive visas to travel to the US as a result of the closure of the consulate in Havana.

As investigators examined the circumstances surrounding the incidents, President Donald Trump said he believed Cuba was to blame.

Even though additional US diplomats in China, Austria, and other countries reported feeling similar symptoms, Cuban officials say they were singled out by Washington.

"Cuba is the only country that is being punished because of this, which proves there was no justification -- which proves that this was a government delivered operation to use the excuse of symptoms suffered by diplomats to take action against Cuba," Fernández de Cossío said.

In the interim findings delivered to Biden and briefed to Congress in recent weeks, the CIA reported it had yet to find any evidence that a nation-state is behind any of roughly 1,000 reported episodes around the globe.

Some of the diplomats and their family members expressed frustration following the release of the interim report that the US government still was unable to identify the cause of their symptoms.

A senior CIA official said the agency hasn't ruled out that a smaller subset of incidents could be attacks, and the intelligence community continues to investigate "whether any device or mechanism plausibly could cause the symptoms reported."

Fernández de Cossío said the CIA may once again try to accuse the communist-run island of being involved in the incidents: "It's an agency known for its tricks and not for its honesty so one would think that they are leaving room for themselves to produce whatever version in the future."