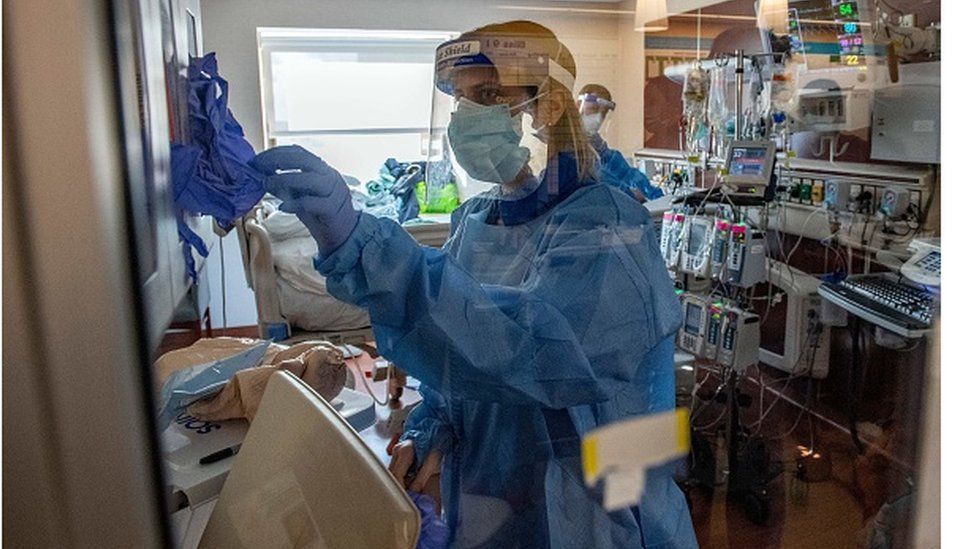 The number of Americans dying each day from Covid-19 now stands as high as it did during the Delta variant's peak, a grim figure that experts believe will rise.

Statistics show that an average of over 2,000 people are dying from the virus in the US every day, roughly on par with the deaths seen in late September.

A large portion of the dead are older than 65 years old or unvaccinated.

According to statistics from Johns Hopkins University, the daily average of confirmed Covid-19 deaths surpassed 2,000 on 21 January and stood at 2,033 on 23 January.

That's just short of where it was at the peak of the surge in Delta variant cases in September.

But there are many more people in hospital now due to the virus than there were back then, due to much higher case loads.

The average daily number of new confirmed cases in the US far surpasses previous waves. 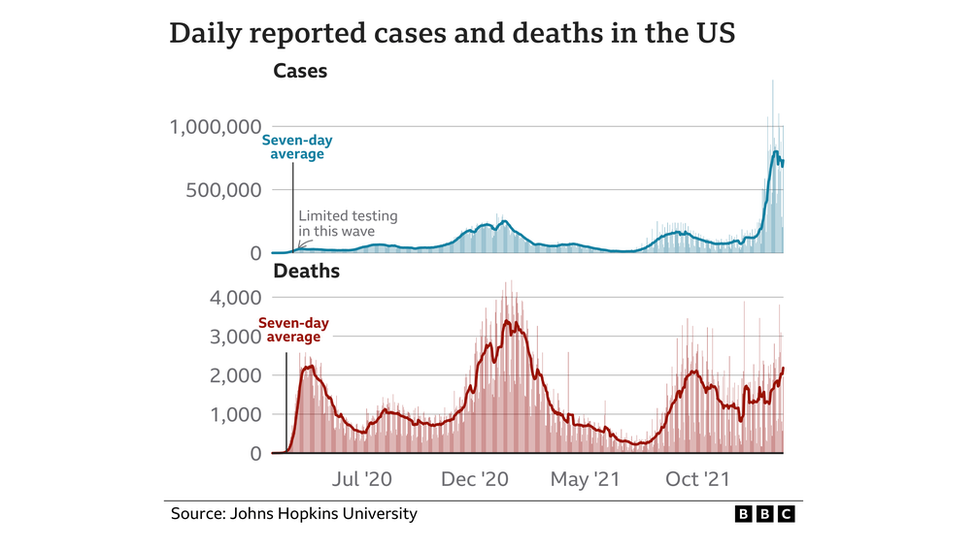 Why the higher death toll?

Dr Abraar Karan, an infectious disease doctor at Stanford University, told the BBC that the high death toll is largely a factor of the high hospitalisation rate, even if the symptoms of the Omicron variant are generally less severe than those of Delta.

Data from the Centers for Disease Control and Prevention (CDC) shows that a vast majority - as much as 75% - of those dying are older than 65.

How many are unvaccinated?

Additionally, statistics suggest that the unvaccinated are approximately 100 times more likely to die from Covid-19 than those who have been vaccinated and boosted.

"The common thread throughout the Omicron wave is that it is largely impacting the unvaccinated, in terms of severity of illness, hospitalisation rates and indeed, risk of dying from the infection," said Dr Mark Cameron, an associate professor in the department of population and quantitative health sciences at Case Western University in Ohio. "It's crystal clear".

Professor David Larsen, an epidemiologist and global health expert at Syracuse University in New York, said that the rising number of vaccinated individuals - who in many cases will change their behaviours and intermingle with their peers more - may also be contributing to rising hospitalisations and deaths among the remaining unvaccinated.

"It's people in places with high vaccination rates, cities like Boston and New York City, that are most likely to change their behaviour and encounter the virus, but have less severe outcomes," he said.

"As the surge continues, it would be normal to expect higher mortality rates as the virus reaches into more vulnerable parts of the population," Dr Larsen added.

Dr Cameron added that in many cases, the dangers of Americans being unvaccinated is compounded by other factors, including age and comorbidities such as obesity or hypertension.

"The risks mount for people with multiple of those factors," he said.

What will happen now?

In the short term, experts believe that the daily death toll is likely to continue to rise. Dr Cameron warned that a peak in mortality lags behind peaks in cases by up to a month, suggesting that deaths may continue to rise for at least the next several weeks.

"We're not there in the US yet," he said. "Omicron has strength in numbers working against us in terms of reducing our overall per capita death rate."

Since the pandemic began in early March 2020, more than 866,000 Americans and US residents have died from Covid-19. 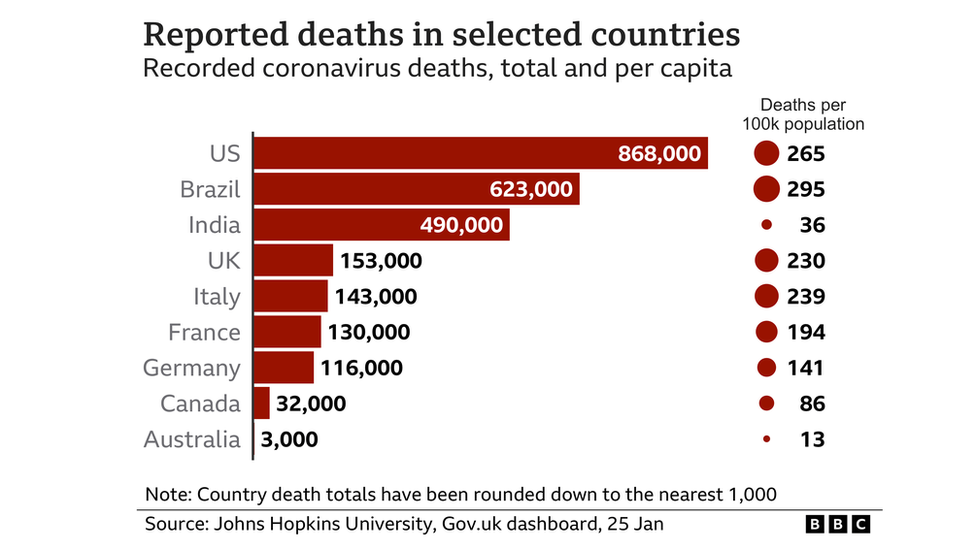