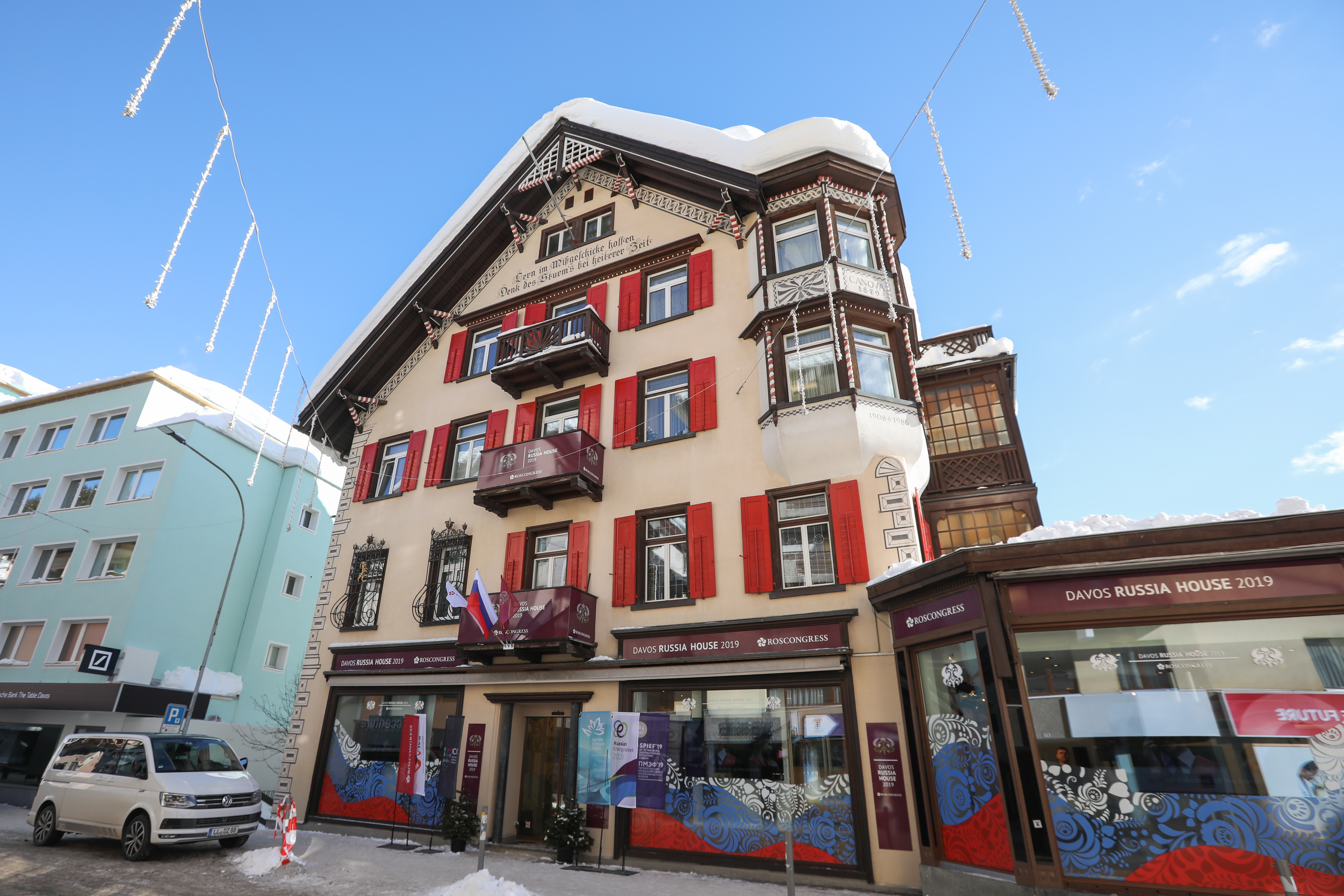 World Economic Forum is siding with Ukraine, and blowing a hole in its budget.

The champagne and caviar days in Davos are over. Or at least the caviar.

The World Economic Forum has put on ice its relationships with Russia, including strategic partnerships with conglomerates run by oligarchs. A Kremlin-backed research center in Moscow and an advisory council led by Russian President Vladimir Putin’s economic adviser have also been torpedoed.

“We are not engaging with any sanctioned individual and have frozen all relations with Russian entities,” Amanda Russo, a WEF spokesperson, told POLITICO.

Frozen perhaps, but not dead: WEF is leaving open the possibility of serving as a bridge-builder between Russia and Ukraine once active conflict is over.

The 800-pound gorilla of the elite global conference circuit has walked a tightrope for decades when it comes to Russia: basking in the Kremlin’s attention while cringing over oligarch antics.

The Forum’s founder, Klaus Schwab, prides himself on making his annual meeting in Davos open to all comers, including via a personal relationship with Putin dating back to the early 1990s.

Putin and his predecessor as president, Dmitry Medvedev, have addressed WEF five times from 2007 to 2021. Putin was even invited to speak in January 2015, in the aftermath of Russia’s invasion of Crimea, but he turned down the invitation.

Introducing Putin to a virtual Davos gathering in January 2021, Schwab called Putin’s voice “essential” in world affairs, echoing a comment from 2009 that he could not think of a single issue of global importance that could be solved without Russia’s involvement. The pair last met in mid-2021, when Schwab told Putin of the “particular importance” he attaches to Russian representatives taking part in Davos events.

Schwab, via a spokesperson, chose not to directly comment on his relationship with Putin.

But the tides have turned. Not only is sucking up to Putin suddenly déclassé, but WEF is now forced to comply with U.S., EU and Swiss sanctions against Russia, which not only means cutting ties with Russian banks and oil companies — but juggling the sensitivities of the Belgium-based SWIFT international finance transfer system (a WEF six-figure “partner”), from which Russian entities are now banned.

SWIFT did not immediately reply to a request for comment.

Even before Putin’s presidency, Davos loomed large in the minds of Russian elites. An invitation to WEF was the ultimate stamp of global legitimacy for post-Soviet business leaders — and a chance to throw their weight and euros around.

The star turn of Gennady Zyuganov, the head of Russia’s Communist Party, at the 1996 WEF annual meeting, prompted Russian business leaders including Mikhail Khodorkovsky and Boris Berezovsky to form the “Davos Pact” — a plan to finance the presidential campaign of Boris Yeltsin, then polling in single digits, to prevent Communists returning to power.

Throughout the ‘90s, Russians partied hard in Davos, and the Russian delegation ballooned. By the time Putin and Medvedev began to speak on stage, it was common to find a dozen or more billionaire oligarchs in Davos.

Whether they will be missed is an open question, but the absence of Russians from Europe’s highest altitude town will certainly be noticed.

Oligarch parties in Davos were legendary and notorious.

In 2008, Olympic champion figure skaters performed under fireworks. By 2016, mining magnate Oleg Deripaska was importing costumed Cossack dancers to perform for his guests, as models dressed as flight attendants toured a chalet with massive bowls of black caviar: spoonfed to guests via a spatula, followed with vodka chasers.

Guests at Deripaska’s parties ranged from American CEOs to members of Britain’s House of Lords. Throngs of young women lacking Davos accreditation badges — the universal status system of the town during WEF meetings — mixed among the crowd, claiming to be translators.

A Cossack band performs at an Oleg Deripaska party during the World Economic Forum in Davos.

By 2018, Deripaska’s partying had drawn the ire of locals, and his parties moved from residential zones and into public venues. He responded by putting on a concert by Enrique Iglesias.

In between the late night parties, the focal point for Russian activities was Russia House — an initiative of the Roscongress Foundation — which took a prominent position on the Davos Promenade.

This has already been a crunch year for WEF, with the pandemic forcing the organization into something of a crisis moment.

WEF has relied on its Strategic Partners, which pay upwards of $640,000 to join the Forum’s most elite partnership tier. That grouping includes a number of Russian banks, which have helped to account for some of the 70 percent of its $340 million budget in 2021. But its inability to collect fees for holding in-person events, such as its annual meeting in Davos, blew a $45 million hole in its budget.

With Moscow’s invasion of Ukraine, the Swiss-headquartered Forum will need to eat an even larger check: the Forum’s elimination of links to its Russian stakeholders has been total.

At least six Davos regulars are now subject to personal or organizational sanctions from Western governments.

Herman Gref — chief executive officer of Sberbank, which has been sanctioned by the U.S., U.K. and Canada — is no longer listed as a member of WEF’s board of trustees.

Chrystia Freeland, deputy prime minister of Canada, sits on WEF’s board and led the push to eject Russian banks from SWIFT. A spokesperson for Freeland told POLITICO: “Canada will continue to work in lockstep with our partners to sanction President Putin and his hangers-on for their unprovoked and barbaric invasion of Ukraine,” adding “we encourage international organizations to do everything they can to support these efforts.”

Lucrative strategic partnerships with Russia banks such as Sberbank, which first became a WEF partner in 2008 and which served as a founding partner of the World Economic Forum Centre for Cybersecurity, are on hold, WEF confirmed.

In the energy field, WEF’s partnerships with the USM Holdings conglomerate led by Alisher Usmanov — the sanctioned owner of Dilbar, the world’s largest yacht — and LUKOIL are on hold.

Neither USM nor LUKOIL responded to POLITICO’s request for comment.

Leonid Mikhelson, founder and chair of natural gas producer Novatek, and Russia’s richest man in 2016, was also due to attend. Mikhelson has so far evaded sanctions but lost more than $10 billion during the first week of Russia’s invasion of Ukraine. Rustam Minnikhanov, president of the Russian region of Tatarstan, was the most senior political figure to have RSVP’d.

A Moscow branch of WEF’s Centre for the Fourth Industrial Revolution, launched with fanfare in October 2021, has recently disappeared from WEF’s website. Hosted by ANO Digital Economy, the center focused on emerging technologies in the fields of artificial intelligence and internet of things, and operated thanks to an agreement negotiated with the Kremlin and signed by Deputy Prime Minister Dmitry Chernyshenko.

The World Economic Forum Global Future Council on Russia is also scrubbed. The Council was co-chaired by Maxim Oreshkin, a former minister of economic development of Russia, now an adviser to Putin, and Igor Shuvalov, a former member of the Russian cabinet who is now chair of VEB.RF, the country’s financial development institution, and the subject of both British sanctions and American sanctions. 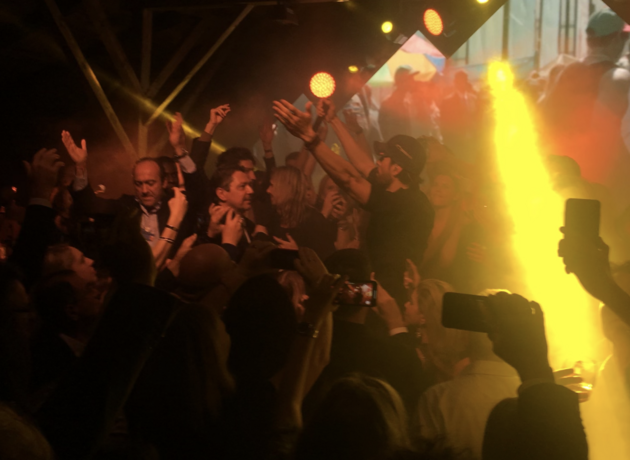 This isn’t the first time WEF has faced headwinds over its Russian relationships.

When Congress authorized extensive sanctions against Russia, in response to Moscow’s interference in the 2016 US election and annexation of Crimea, WEF sought to curtail oligarch access to its 2019 Davos conference. Under pressure from the Kremlin, that access was restored in time for WEF’s winter gathering.

The thanks Schwab got: a no-show from Putin.

Andrey Kostin, president and chair of VTB Bank, and one of the sanctioned oligarchs who WEF initially shunned, slammed the gathering for a “lack of a meaningful discussion and the conspicuous list of no-shows.”

This time the legal and moral pressure on WEF has become too great. Post-Soviet Russia and the World Economic Forum rose together: Each desperately wanted to be seen as a great power.

The deal was relatively simple at first: Putin endorsed WEF, the oligarchs funded it and in turn the Forum helped launder their reputations. Call it multi-stakeholderism, call it a transaction, call it the ugly truth of globalization. Like Klaus Schwab and Vladimir Putin, it was the future once. Now their only hope is peace.

Schwab and WEF’s President Børge Brende said in a Feb. 27 statement that they “deeply condemn the aggression by Russia against Ukraine, the attacks and atrocities. Our full solidarity is with Ukraine’s people and all those who are suffering innocently from this totally unacceptable war.”

The pair went on to promise support for all diplomatic efforts related to ending the war, while expressing hope that “reason will prevail and that the space for bridge-building and reconciliation once more emerges.”