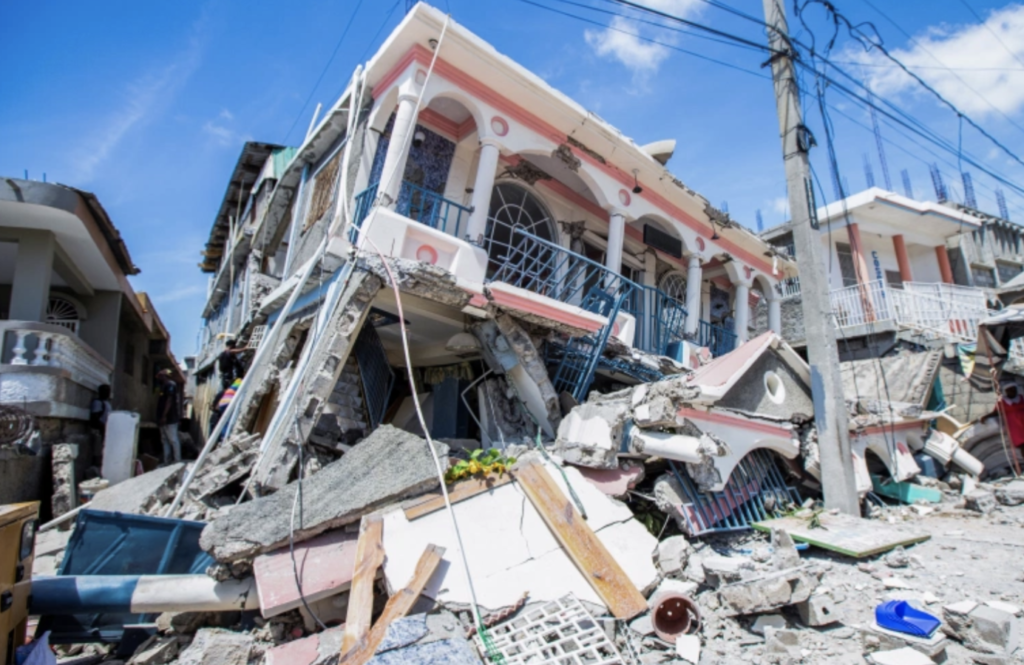 The death toll from Saturday’s powerful magnitude 7.2 earthquake in Haiti has reached 720 with another 1,800 people injured.

Rescue workers and bystanders were able to pull many people to safety from the rubble.

Meanwhile, hundreds of homes have been destroyed.

People in the Caribbean island nation rushed into the streets to seek safety and to help rescue those trapped in the rubble of collapsed homes, hotels and other structures.

Saturday’s earthquake struck the south western part of the hemisphere’s poorest nation, almost razing some towns and triggering landslides that hampered rescue efforts in two of the hardest-hit communities.

The disaster also added to the plight of Haitians, who were already grappling with the coronavirus pandemic, a presidential assassination and deepening poverty.

The epicentre of the quake was about 125 kilometres (78 miles) west of the capital of Port-Au-Prince, the U.S. Geological Survey said.

The widespread damage could worsen by early next week, with Tropical Storm Grace predicted to reach Haiti late Monday or early Tuesday.

Aftershocks were felt throughout the day and late into the night, when many people now homeless or frightened by the possibility of their fractured homes collapsing on them stayed in the streets to sleep — if their nerves allowed them.

In the badly damaged coastal town of Les Cayes, under darkness that was only punctured by flashlights, some praised God for surviving the earthquake.

“We are alive today because God loves us,” said Marie-claire Jean-Pierre, whose home collapsed a moment after she and her son stepped outside when they felt the ground beginning to shake.

Prime Minister Ariel Henry said he was rushing aid to areas where towns were destroyed and hospitals overwhelmed with incoming patients. A former senator rented a private air plane to move injured people from Les Cayes to Port-au-Prince for medical assistance.

Henry declared a one-month state of emergency for the whole country and said he would not ask for international help until the extent of the damages was known.

“The most important thing is to recover as many survivors as possible under the rubble,” said Henry.

“We have learned that the local hospitals, in particular that of Les Cayes, are overwhelmed with wounded, fractured people.”

Immediate Response from US

USAID will help to assess damage and assist in rebuilding, said Biden, who called the United States a “close and enduring friend to the people of Haiti.”

Argentina and Chile also were among the first nations to promise help.

“Nobody can travel through the area,” Ndiaga Seck, a UNICEF spokesman in Port-au-Prince, said by phone.

“We can only fly over or take another route.”