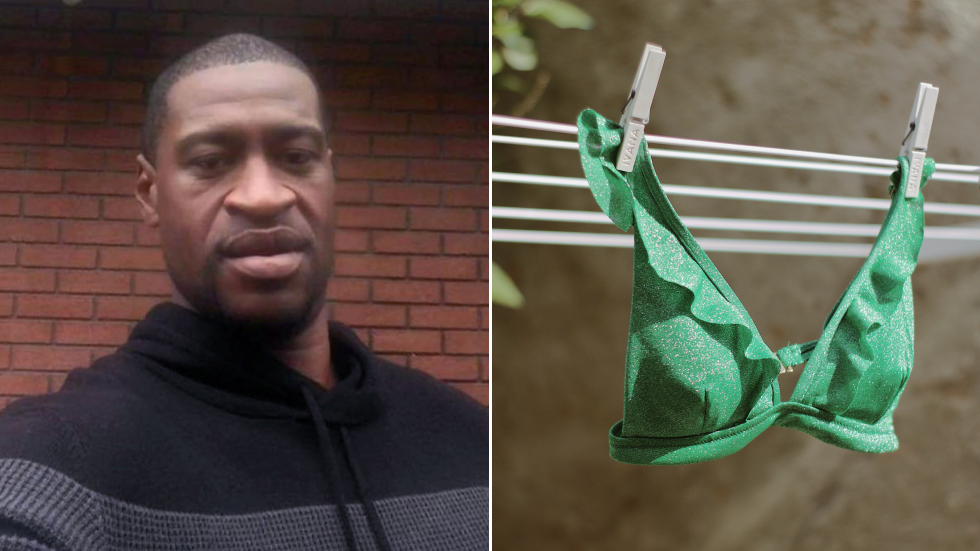 ‘Does the bra double as a bulletproof vest?’ M&S ridiculed for launch of ‘inclusive’ lingerie range inspired by George Floyd

Marks & Spencer, the UK’s biggest underwear retailer, has been mocked after claiming its latest “inclusive” range of lingerie was inspired by the death of the black man George Floyd at the hands of a US police officer.

In a press statement on Monday, the retailer proudly unveiled its new “nothing neutral about it” lingerie range, claiming to offer its customers “more colours, more sizes and more choice."

It boasted that it had always led the way on “inclusivity”, offering sizes from six to 24 and employing “representative models”, but said it was time to do more.

This new collection, the statement said, was partially inspired by the “global conversation on racial inequality, following the horrific death of George Floyd”, who died at the hands of a police officer in Minneapolis last year.

Rather than garnering praise, the decision to launch a new range inspired by Floyd, who had many run-ins with the law and was a drug addict, sparked outrage online among many, while others were quick to make light of the announcement.

“Surely being inspired by its customers’ needs would have been a significantly better PR approach?” one person wrote, questioning why the firm had found it necessary to bring Floyd into its marketing strategy.

One person blasted the retailer for its “corporate divisiveness”, telling the high-street giant that there was nothing positive or “edgy” about supporting what they called “violence reborn as victimhood”.

Some suggested it was time for M&S to sack its marketing team, while others complained it had taken too long for the store to come out with the darker shades of underwear.

A few people even expressed their intention to stop shopping at the retailer, one of Britain’s oldest and most loved brands, blasting the PR faux pas. “I think it’s goodbye M&S now.”

Most Brits on social media were happy to simply joke about M&S’s move, however, wondering what the company would do next, with one adding an image of bank robbers with stockings covering their faces.

“Is M&S going to make bulletproof maternity wear “inspired by George Floyd” too?” one person said, referencing the fact that Floyd once allegedly held a gun to a woman’s abdomen during an armed robbery.

Another joked that M&S could produce a new range of men’s socks inspired by Winston Silcott, a black man who was wrongly convicted in 1987 of the murder of a policeman.

While M&S is not the first company to claim inspiration from the aftermath of Floyd’s murder, which prompted discourse on race as well as sometimes violent protests in the name of Black Lives Matter (BLM), the firm’s core customers are arguably not commonly associated with the BLM movement. Instead, the brand is better known as a safe bet for good quality and good service.

Numerous big brands released statements in the wake of Floyd'd death and some took further action, like Rihanna’s Fenty range, which stopped selling items in its shop on Blackout Tuesday.