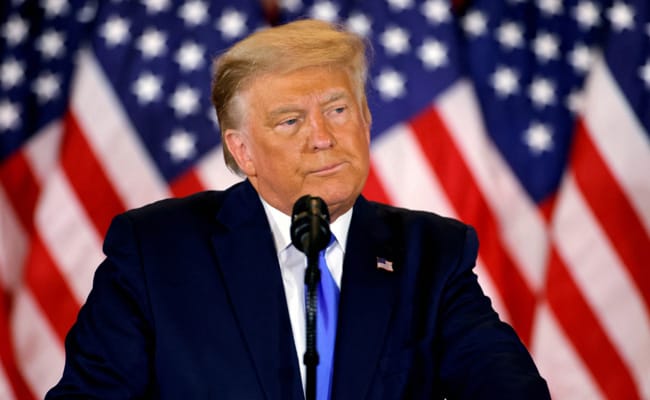 Donald Trump paid $1.1 million in federal taxes in the middle two years of his presidency, more than most of American citizens and billionaires, according to a report being scrutinized by lawmakers Wednesday - but almost nothing for the rest of his time in the White House, as his business took a hit from his presidency.

The figures, released late Tuesday in a report by the US Congress Joint Committee on Taxation, showed that the 76-year-old billionaire mostly claimed enormous deficits from 2015 to 2020.

But his reported income skyrocketed in 2018 and 2019, heightening feverish speculation around his finances as Congress prepares to make public his tax returns in the coming days.

The former reality TV star registered capital gains from asset sales of $22 million in 2018 and $9 million the following year -- part of an overall taxable income of $28 million.

But he lost almost $65 million as he was campaigning for the presidency in 2015 and 2016 and around $13 million during his first year in office.

And Mr Trump was back to his losing ways by 2020, as his income went $5 million into the red.

The House Ways and Means Committee voted Tuesday to release all of Trump's 2015-2020 returns, ending a four-year battle between Democrats and the former president that eventually reached the Supreme Court.

But it could take days before they are made available to the public, as the documents need to be expunged of social security numbers and other sensitive information.

The New York Times alleged in 2020 that Donald Trump had paid no income tax in 10 of the previous 15 years after reporting massive losses.

"Trump claimed tens of millions of dollars in losses and credits without the type of substantiation an ordinary taxpayer would likely provide," Lloyd Doggett, a Democratic member of the committee, said in a statement.

A separate congressional report on the Internal Revenue Service's mandatory presidential audit program showed it was not doing its job during most of Trump's time in office.

"The IRS only opened one mandatory examination from 2017 to 2020 for returns filed while the former president was in office," the report reads.

The IRS began to audit Mr Trump on the very day that Ways and Means Democrats requested his tax information in 2019.