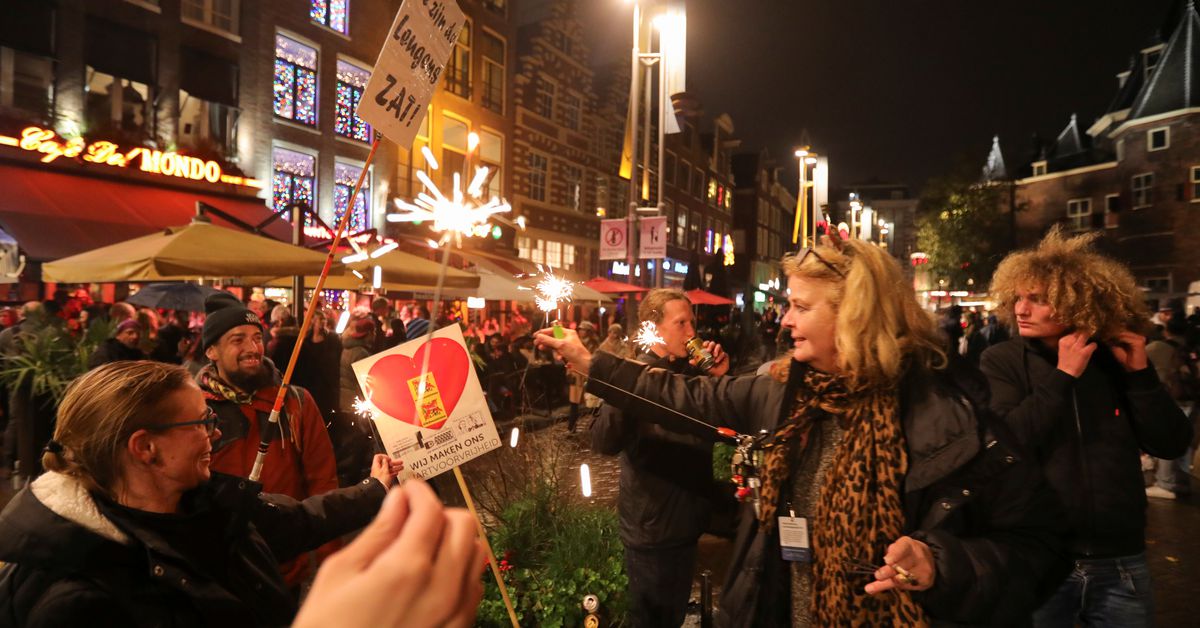 Five police officers were injured in the Netherlands and at least 40 people detained across three provinces as violent protests against COVID-19 restrictions continued for a second night into Sunday.

Dutch authorities used water canon, dogs and mounted police to stop rioting youths who set fires and threw fireworks in the worst disturbances since a full lockdown led to widespread disorder and more than 500 arrests in January.

The protests were sparked by opposition to government plans to restrict use of a national corona pass to people who have either recovered from COVID-19 or have been vaccinated, excluding those with a negative test result. 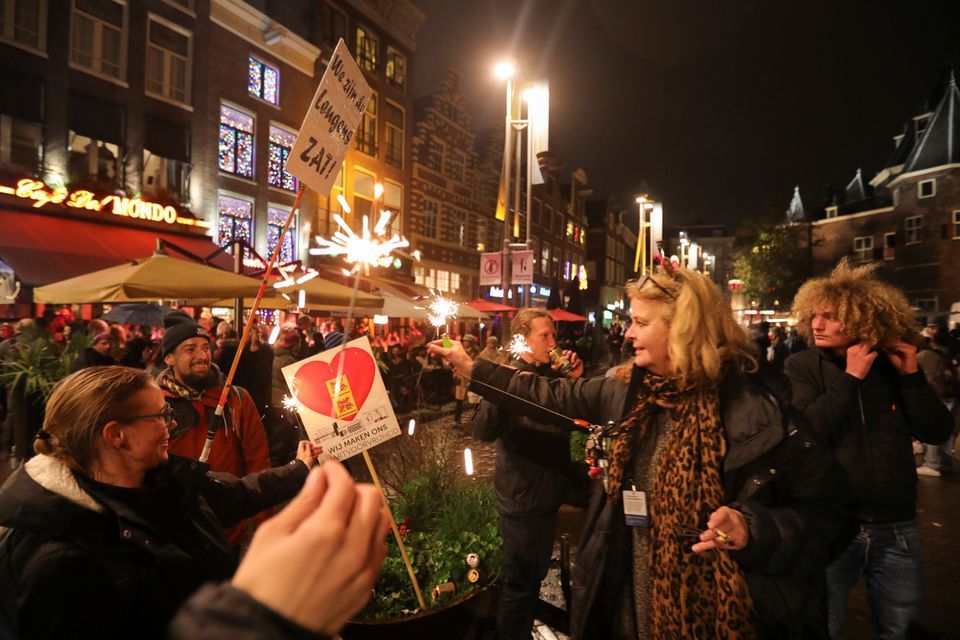 The Netherlands reimposed some lockdown measures on its 17.5 million population last weekend for an initial three weeks in an effort to slow a resurgence of the virus, but daily infections have remained at their highest levels since the start of the pandemic.Youths were also angered by a New Year's Eve firework ban to avoid added pressure on hospitals that have already been forced to scale back care due to a surge in COVID-19 patients.

Some of the most serious confrontations on Saturday night were in The Hague, where five officers were hurt, one of them seriously, a police statement said. Police carried out charges on horseback and arrested 19 people, one of them for throwing a rock through the window of a passing ambulance.

Two Eredivisie league soccer matches, which have been closed to the public under the tougher COVID-19 restrictions, were briefly disrupted on Saturday night as small groups of fans forced their way into the stadiums and threw fireworks.

Another 13 arrests were reported by police in two towns in the southern province of Limburg, while disturbances were also reported in the northern province of Flevoland. Eight people were detained in the town of Urk, where a COVID-19 testing station was torched earlier this year.