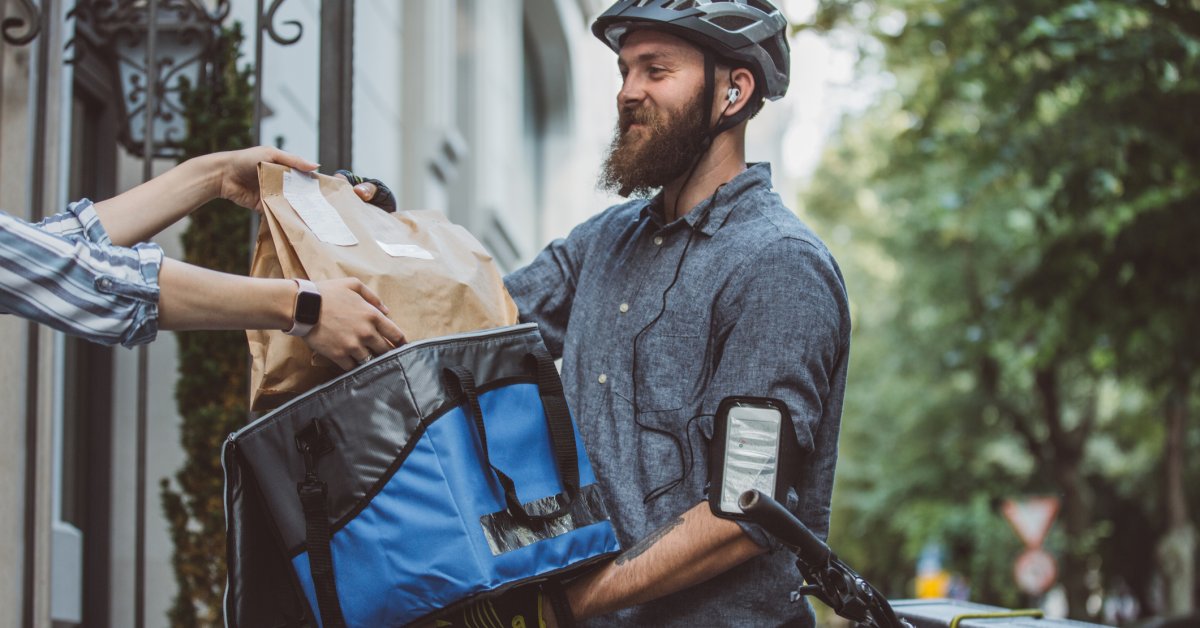 A European Union plan to improve conditions for the growing number of gig economy workers could mean millions more of them are classified as employees entitled to benefits, the latest setback for digital platforms that rely on independent contractors to deliver food and offer rides.
The draft rules outlined Thursday aim to clarify the labor status of people employed by app-based companies like ride-hailing service Uber and food delivery business Deliveroo and would add oversight for the algorithms they use to manage workers.

Gig economy workers and platforms have fallen between the cracks of existing employment legislation, and the measures being considered by the 27-nation bloc, which would take years to come into force, are aimed at clearing up those gray areas.

App-based gig work platforms have boomed in the digital economy, especially during the COVID-19 pandemic when demand for food delivery services mushroomed. The apps provide short-term work for millions of people but their rampant growth also has upended traditional labor and business models, resulting in showdowns between companies and regulators worldwide. Gig work’s flexibility is a selling point for many, but workers also complain that they end up making less than minimum wage after their expenses are accounted for.

Under the E.U. rules, which still need approval by the European Parliament, a platform that meets at least two criteria will be deemed an “employer” and people working for that company will be reclassified as “workers” with the right to a minimum wage, paid vacation, unemployment and sickness benefits, pensions and other benefits.

The criteria include whether an app decides pay levels; electronically supervises work performance; restricts a worker’s freedom to choose work hours, accept jobs or use subcontractors; dictates a worker’s appearance and conduct with customers; or limits the possibility for workers to build their own client bases or work for anyone else.

Uber says it’s committed to improving work conditions but worries about the EU proposal “putting thousands of jobs at risk, crippling small businesses in the wake of the pandemic and damaging vital services that consumers across Europe rely on.”

“Any E.U.-wide rules should allow drivers and couriers to retain the flexibility we know they value most, while allowing platforms to introduce more protections and benefits,” a statement from the ride-hailing service said.

Amsterdam-based Just Eat Takeaway said it “welcomes and fully supports” the proposals and hopes they will provide companies across Europe with “clarity and a level playing field.” Unlike other food delivery platforms, the company’s riders are employed as staff, which it says “proves that providing flexibility doesn’t have to come at the expense of workers’ rights.”

The European Commission, the E.U.’s executive branch, estimates some 28 million people on the continent are self-employed on digital platforms, rising to 43 million by 2025, but predicts as many as 4.1 million could be reclassified as employees under the new rules. The bloc has taken a leading global role in cracking down on tech companies to ensure everything from workers rights to online safety.

Platforms can challenge the classification, but the burden will be on them to prove they are not employers, the commission said.

“No one is trying to kill, to stop or to hamper this growth of the platform economy,” E.U. Jobs and Social Rights Commissioner Nicolas Schmit said at a press briefing in Brussels. But “it comes down to ensuring that these jobs are quality jobs…We don’t want this new economy just giving low quality or precarious jobs.”

The proposed E.U. rules are another blow for gig economy companies in Europe. New laws or recent court rulings in Spain, the Netherlands and Britain require food delivery riders and ride-service drivers to be given employee status rather than classified as self-employed freelancers.

There have been more than 100 court decisions across Europe on the issue, with most judges ruling that independent contractors are employees—something the commission took into account as it drafted its directive.

In contrast, Uber and other app-based services in the U.S. avoided an attempt in California to classify workers as employees, though the battle continues in the courts.

The European Commission also wants to force gig work platforms to be more transparent about the algorithms used to manage workers so they can better understand how jobs are assigned and pay is set. People should oversee the algorithms and workers should be able to appeal any automated decisions, it said.
#COVID-19  #Covid