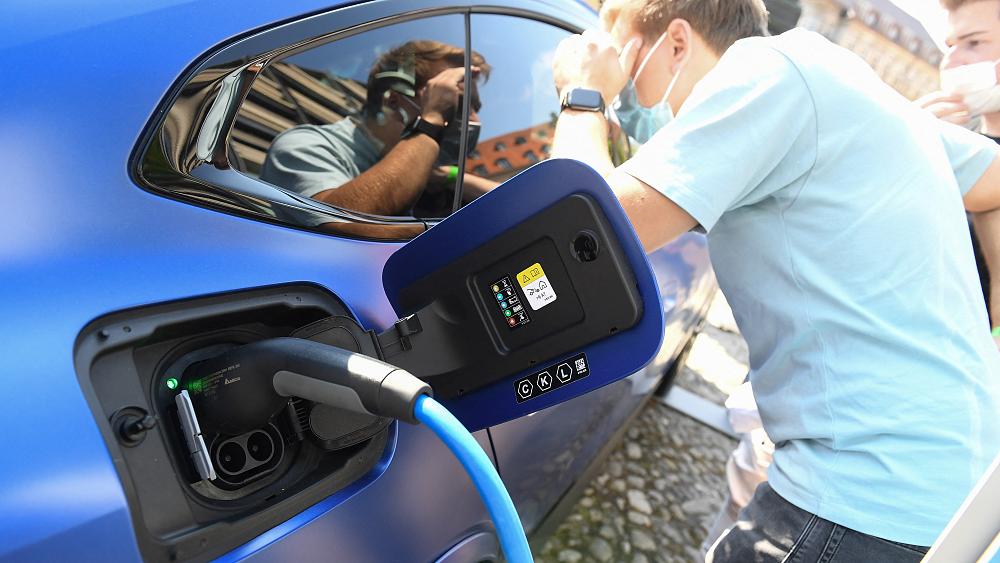 Registrations of hybrid electric passenger cars accounted for 20 per cent of the total EU market during the third quarter.
The sale of electric vehicles (EVs) and fossil-fuel alternatives is soaring in Europe as the bloc seeks to combat global warming.

Almost one in five vehicles sold in the European Union was an electric model during the third quarter, new data showed on Friday.

The European Automobile Manufacturers' Association, or ACEA, said registrations of hybrid electric passenger cars accounted for 20 per cent of the total EU market during the third quarter (July-September 2021).

It surpasses diesel to become the second most popular powertrain option in the European Union for the first time.

Meanwhile, conventional petrol and diesel cars continued to drop, according to the ACEA.

It said sales of petrol cars, the biggest sellers, contracted by 35 per cent and there was more than a 50 per cent drop for registrations of diesel cars during Q3.

Europe has also become a leader in EVs. A report by Pew Research published in June showed that in 2020, Europe is leading the way in EV sales with a 10 per cent market share of its auto market being plugins, compared to 5.7 per cent in China and just 1.8 per cent in the United States.

The rise in sales comes as many European countries are setting deadlines to phase out fossil-fuel cars and as the European Commission proposed an effective ban on fossil-fuel vehicles from 2035.

Europe has also enforced carbon emissions targets and subsidies for carmakers and consumers for electric vehicles.