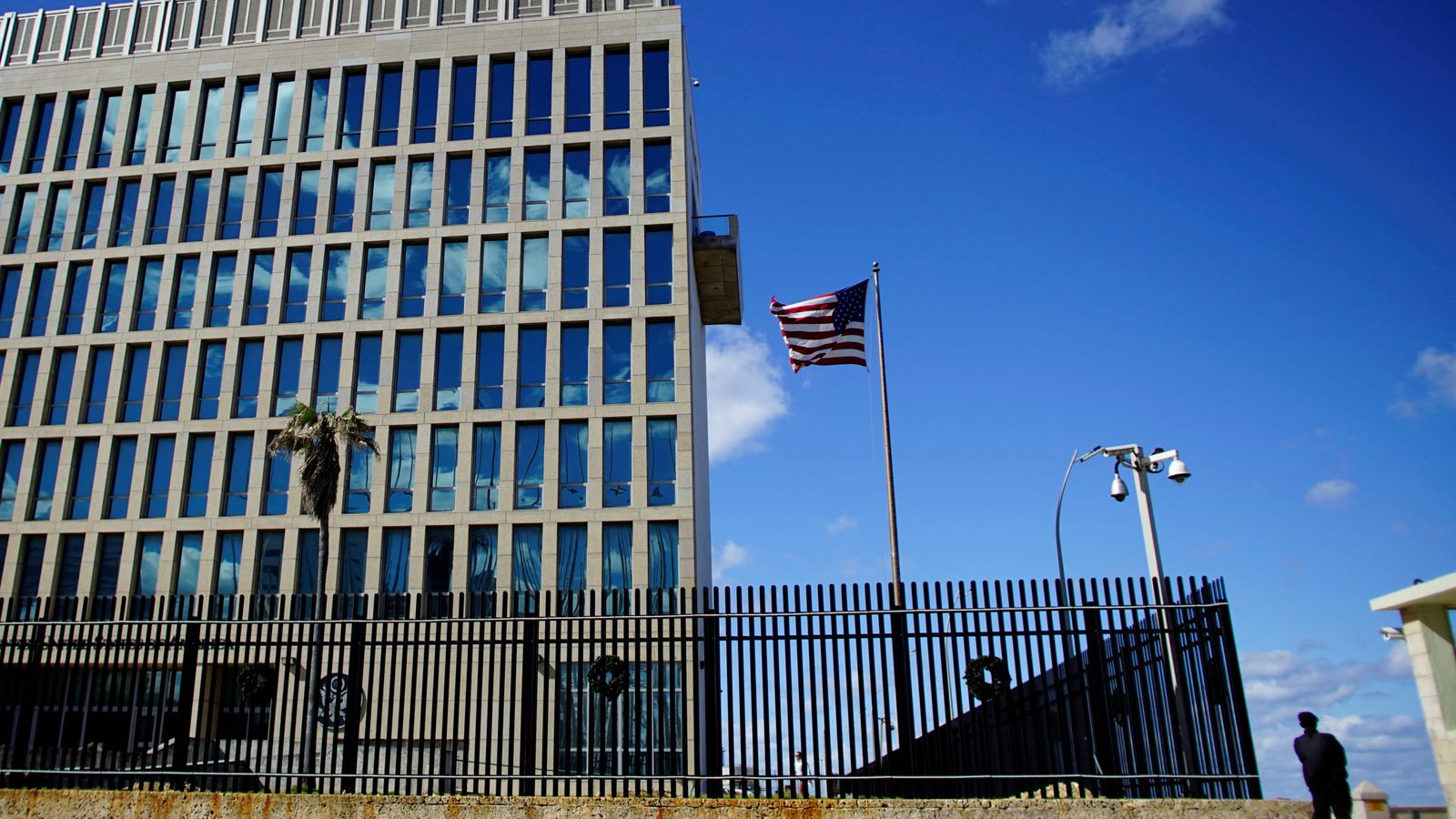 "Pulse electromagnetic energy, particularly in the radio frequency range, plausibly explains" the symptoms some of those suffering the mysterious ailments first reported by US diplomats in the Cuban capital in 2016, according to a report by US intelligence experts.

Intelligence experts believe around 1,000 US diplomats and intelligence officers hit by a mysterious illness known as Havana Syndrome could have been targeted by electromagnetic energy pulses.

"Pulse electromagnetic energy, particularly in the radio frequency range, plausibly explains" the ear pain, vertigo, and other symptoms some of those suffering the mysterious ailments first reported by US diplomats in the Cuban capital in 2016, according to a report by intelligence experts inside and outside of the US government.

The panel said the combination of symptoms "cannot be easily explained by known environment or medical conditions" among a subset of victims.

The report did not disclose the number of people affected in its unclassified executive summary, but cases have been reported in Russia, Austria, China, Tajikistan and some African countries.

Deliberate use of energy

Last week the CIA announced that it considers it unlikely Russia or another foreign adversary is mounting a broad campaign to attack Americans with energy-emitting devices.

But while most cases have been linked to other causes by doctors and experts, there remains a smaller subset of several dozen cases experts believe could be explained by the deliberate use of energy.

The findings of the report, released on Wednesday, "reinforce the need for a coordinated, whole of government approach," said Mark Zaid, a lawyer representing victims from numerous US government agencies.

"These piece-meal agency reviews at times reveal inconsistent and even contradictory results."

Eric Lander, director of the White House Office of Science and Technology Policy, said the panel worked for nearly nine months and was the first of several expert groups to have such extensive access "to intelligence reporting and patient data".

The panel found the symptoms "are genuine and compelling" based on medical reports and interviews with victims and physicians.

In finding "pulsed electromagnetic energy" could be the cause, the panel said "information gaps exist" but there are several plausible ways the energy could have been generated "each with its own requirements, limitations and unknowns".

Such sources exist that "are concealable and have moderate power requirements," the report said.

"Using non-standard antennas and techniques, the signals could be propagated with low loss" through the air and building materials.

Individuals accidentally exposed to electromagnetic energy signals, which include radio waves, microwaves and X-rays, have reported "sensations" similar to those reported by Havana Syndrome victims, the report said.

Ultrasound could also account for the symptoms, but only if a victim was in close proximity to the beam, because ultrasound "propagates poorly through the air and building materials," it added.