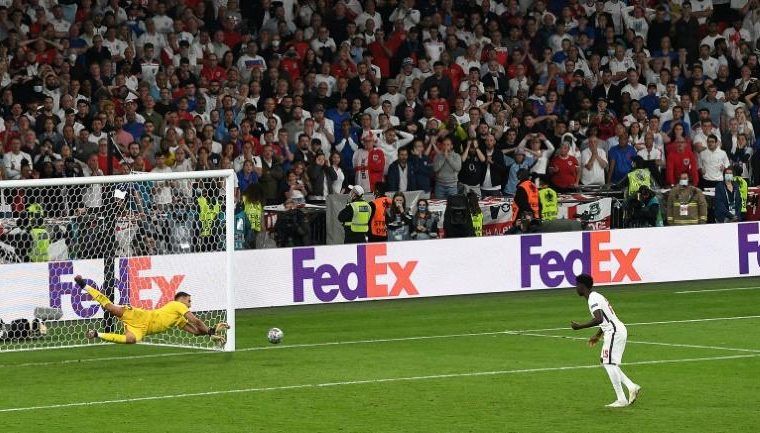 British police announced the arrest of 11 people on Thursday for allegedly making racist insults on social networks against black players of the English team after their July 11 defeat in the European Cup final.
The police investigation identified 207 criminally offensive messages, 123 of which came from accounts outside the UK.

According to a police statement, 34 accounts in the UK have been identified so far.

Mark Roberts, one of the officers in charge of the investigation, said, “Some people believed they could hide behind a profile on social media and not be punished after posting such hateful content. could.”

“They have to think twice, we have investigators working actively, looking for offensive material related to the game, and if the Penal Code is violated, criminals will be arrested,” he warned. .

After England lost to Italy in the Euro Cup final, players such as Jadon Sancho, Bukayo Saka and Marcus Rashford were the target of racist attacks at the nets and these crimes were unanimously condemned by both the government and sporting institutions.

Three players who took the field at the end of the match at Wembley lost their free kicks in a penalty shootout, leading England to a loss against Italy (1–1 in 120 minutes, 3–2 in penalties) and ending Went. The dream of the country, which has not won any major title since the 1966 World Cup.

The humiliation, along with incidents of ticketless fans who managed to enter the stadium, aroused the old demons in English football.