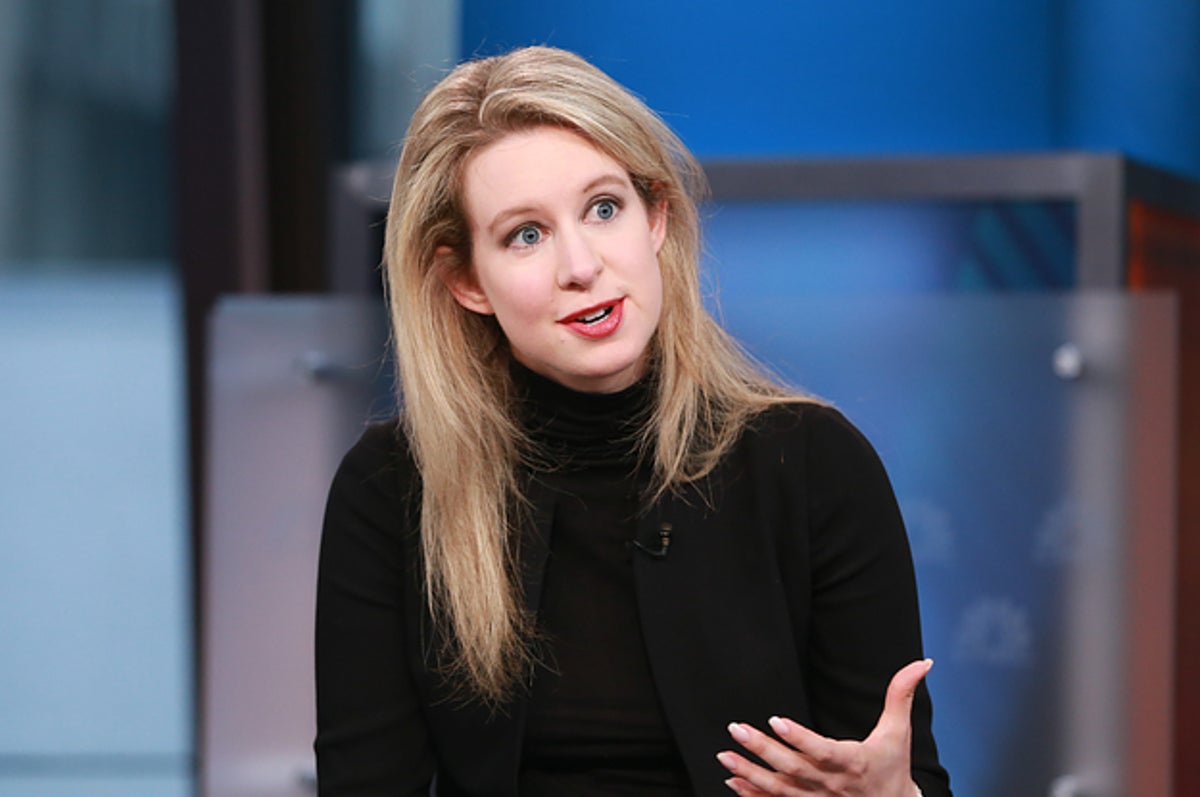 The verdict came after a lengthy trial that featured testimony from more than 30 witnesses, including Holmes herself.

Theranos founder Elizabeth Holmes, who sought to revolutionize healthcare with a device she claimed could make medical diagnoses using just a fingerprick of blood, has been found guilty of engaging in a multi-million dollar scheme to defraud investors by making misleading and false statements about the technology’s capabilities.

The jury reached the verdict on Monday after deliberating for more than 50 hours over seven days following a lengthy trial that featured testimony from more than 30 witnesses, including former employees, investors, doctors and patients who used Theranos’s laboratory services.

Jurors needed to determine that Holmes intentionally defrauded investors and doctors and patients who used Theranos’s laboratory services in order to convict. The jury found that Holmes conspired to defraud and defrauded investors, finding her guilty of 4 counts. She was found not guilty on 4 charges of conspiring to defraud and defrauding paying patients. The jury could not reach a verdict on 3 charges.

“The jurors in this 15-week trial navigated a complex case amid a pandemic and scheduling obstacles,” US Attorney Stephanie Hinds said in a statement. “I thank the jurors for their thoughtful and determined service that ensured verdicts could be reached. The guilty verdicts in this case reflect Ms. Holmes’ culpability in this large scale investor fraud and she must now face sentencing for her crimes.”

Now it will be up to a judge to determine her sentence at a later date. Each guilty count carries a maximum of 20 years in prison, plus a fine of $250,000. Holmes could also be ordered to pay restitution. One of the investment firms she was convicted of defrauding belongs to the DeVos family.

Holmes didn't immediately react to the verdict as it was read, according to reporters in the courthouse.

Holmes will likely receive a sentence that’s much shorter than what the law allows because she is a mother with a young child and does not have a criminal history, Diane Birnholz, a former federal prosecutor and lecturer in law at the UCLA School of Law, told BuzzFeed News.

A Stanford University dropout who was once hailed as the next Steve Jobs, Holmes, 37, captivated investors — and the public — with her vision to make critical lab tests more accessible so that, as she famously repeated in interviews and appearances, “less people have to say goodbye too soon to people they love.”

The device that Theranos developed was supposedly faster, cheaper, and more accurate than all other lab equipment on the market and capable of running hundreds of tests on just a few drops of blood. But as a Wall Street Journal investigation revealed in 2015, in reality, the machine, which was much smaller than other blood analyzers, could run only a small number of the tests, and its results were rife with inaccuracies. Instead, Theranos relied on commercially available machines to run most of its tests, diluting the drops of blood to increase volume for some tests and using much larger samples drawn from patients’ arms for others.

The company eventually dissolved in 2018 after the Department of Justice indicted Holmes and her ex-boyfriend, Ramesh “Sunny” Balwani, who was Theranos’s president and chief operating officer, on two counts of conspiracy to commit wire fraud and nine counts of wire fraud each. Balwani is set to face a separate trial this year.

The case had drawn fascination among people who watched the very public rise and fall of Holmes, whose deep voice, unflinching stare, and uniform of black turtlenecks and red lipstick were captured in a variety of promotional materials and interviews, as well as in documentaries and podcasts. A scripted series featuring actor Amanda Seyfried is in the works, as is a movie starring Jennifer Lawrence. At the core of many of these projects are similar questions: How far should a Silicon Valley startup go as it seeks to disrupt an industry? How could so many wealthy, powerful people buy into a failing business? And was Holmes a delusional dreamer or simply a person running a scam? 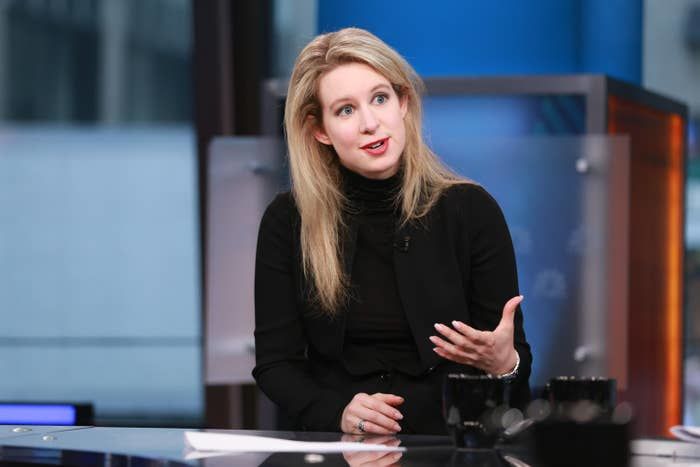 “Whether or not there are guilty or not guilty verdicts in this case, hopefully the federal indictment and trial have already sent a message to other executives and entrepreneurs in Silicon Valley to be careful not to make material misrepresentations to potential investors and customers,” Birnholz said. “What matters is what’s true at the time you say something, not what you hope to be true in the future.”

During the trial, prosecutors used emails, text messages, documents, audio recordings, and video clips of Holmes speaking in interviews, along with testimony from more than two dozen witnesses, to argue that she was clearly aware of problems with the company’s technology and still lied about its capabilities to get money. Prosecutors also told jurors Holmes lied about the company’s work with the military and pharmaceutical giants to entice potential investors and business partners to finance its operations.

“The real version of Theranos, where the defendant went to work every day, was dramatically different than the rosy picture that she was painting for others,” Assistant US Attorney John Bostic told jurors. “The disease that plagued Theranos wasn’t a lack of effort. It was a lack of honesty.”

During their deliberations, jurors asked to relisten to a key piece of evidence for prosecutors: the recording of a call Holmes had with investigators in 2013 in which she talked about the capabilities of the company’s technology, its work with pharmaceutical companies, the military, and retail partners, like Walgreens. During the call, which was secretly recorded by one of the investors Holmes was accused of defrauding, the former CEO said Theranos was focused on “work in the Middle East and specifically Afghanistan,” as she talked about “the potential to change survival rates” overseas by putting the company’s testing devices on military helicopters.

Several investors testified that they came away from this call with the understanding that the military was actively using Theranos devices. But the company’s equipment was never deployed in medical helicopters or on the battlefield, Holmes confirmed in her own testimony, even as she disputed that she had ever told anyone that.

During closing arguments, Holmes’ attorney Kevin Downey focused on Holmes' use of the word “potential” while discussing the company’s military work in this call and in other conversations, telling jurors, “She never says Theranos devices are currently being used.”

Why then, Bostic asked jurors to consider, did investors, board members, and journalists leave those conversations with the understanding that she was talking about Theranos’s present-day capabilities?

Throughout the trial, Holmes’ legal team portrayed the former CEO as a businessperson who worked diligently for years to make lab testing cheaper and more accessible. And despite admitting that she had made several mistakes along the way — and ultimately failed to disrupt healthcare as she set out to do — Holmes testified that she believed her company’s technology worked.

“She believed in this technology, she stayed the whole time, and she went down with that ship when it went down,” Downey said during closing arguments.

Over the course of seven days, Holmes, whose downfall attracted intense media coverage and public scrutiny, denied that she’d ever tried to mislead anyone, expressed regrets, deflected blame for the company’s problems, and accused Balwani of psychologically and sexually abusing her during their decadelong relationship — claims that he denies.

But prosecutors told jurors that the issue of whether she was truly a victim of abuse was separate from her actions as CEO.