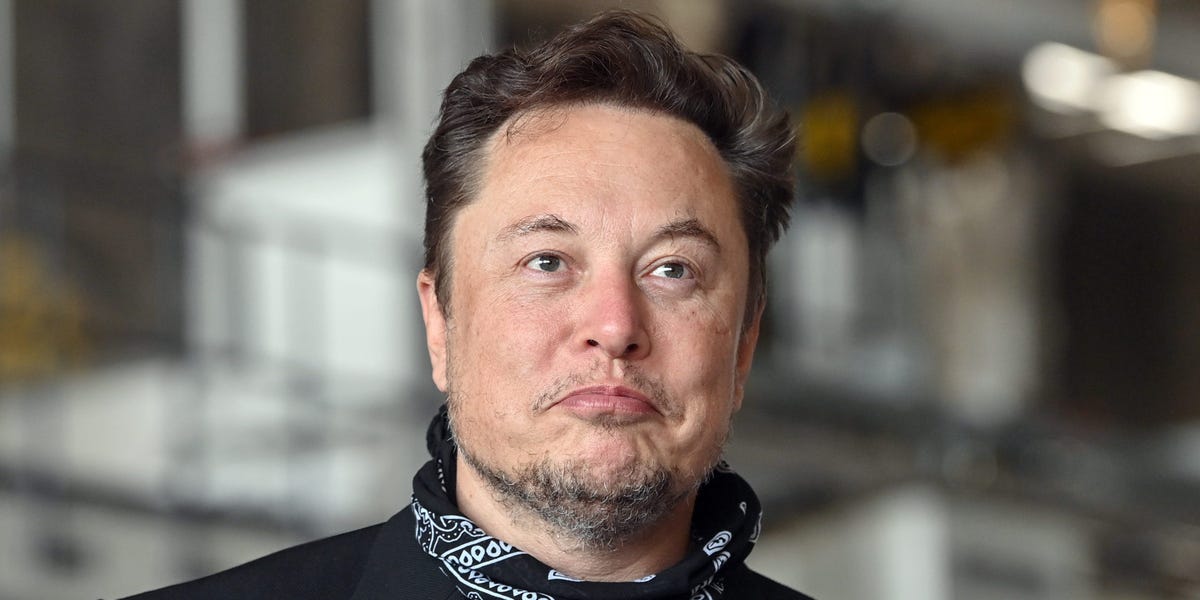 "Can you take this down? It is a security risk," Musk said to the owner of the Elon Musk's Jet account in a private message, per a Protocol report.
Elon Musk messaged the owner of a Twitter account that tracks his private jet, with an offer of $5,000 if he took the account offline, the tech news site Protocol reported Wednesday.

According to Protocol, the owner of the account, a 19-year-old named Jack Sweeney, received a message in fall last year at 12:13 a.m. from Musk. It said: "Can you take this down? It is a security risk."

Sweeney replied, "Yes I can but it'll cost you a Model 3 only joking unless?" Protocol reported.

Musk said, "I don't love the idea of being shot by a nutcase," according to Protocol.

Musk offered Sweeney $5,000 after a few messages back and forth, Protocol reported.

"Any chance to up that to $50k? It would be great support in college and would possibly allow me to get a car maybe even a Model 3," Sweeney responded, per Protocol.

According to the outlet, Musk said he would think about it but has not been back in touch.

When Sweeney told Musk where he was aggregating the data from, Musk responded, "Air traffic control is so primitive," Protocol reported.

It's not clear whether Protocol viewed the Twitter messages.

Musk tweeted earlier this month that social-media accounts tracking his movements were "becoming a security issue."