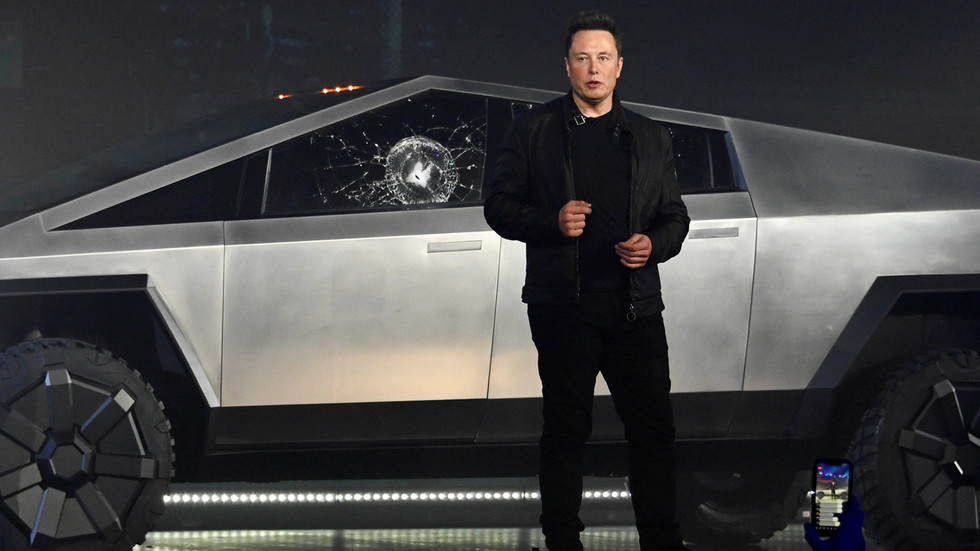 Tech mogul Elon Musk mercilessly mowed down a traffic bollard while driving the new Tesla Cybertruck after a night out at a celebrity hotspot in Malibu, California.

The incident took place as the Tesla CEO was pulling out of the parking lot of the high-end Nobu restaurant, where he was dining with his girlfriend Grimes and other friends.

The restaurant’s valets parked the eye-catching electric truck at the front of the venue, causing crowds to gather around and photograph it, TMZ reports. At one point during the hubbub, Musk emerged from the restaurant with movie star Edward Norton to show off the futuristic vehicle.

However the most eye-catching moment of the evening came when Musk bashed into a traffic bollard while driving the lumbering truck out of the parking lot. After crushing the cone, Musk sped off into the California night, seemingly unaware that anything had happened.

these are the signs of a usable road vehicle

The incident sparked an outpouring of mirth on Twitter, with several people noting that the bollard was about the same size as a small child and asking what other blindspots does the Cybertruck have?

“First it's a sign, next it's a baby in a stroller who mom is pushing down the street. Everything is fine. Nothing to worry about. Autopilot soon,” one person joked.


Musk unveiled the peculiar truck in chaotic circumstances last month, which saw two of its windows smashed in a failed demonstration of how tough the glass is.

The truck appeared to sustain no damage during its encounter with the traffic cone. As for the cone? Musk certainly didn’t wait around to find out.