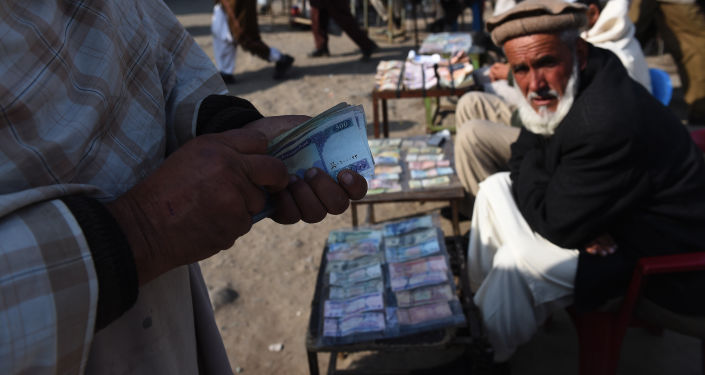 The Taliban* marched into Kabul on 15 August, taking control of the Afghan capital two weeks before the last of US troops were set to leave. The speed of the advance surprised Washington, which has spent over $2 trillion and nearly 20 years trying to build up a functioning Afghan government and military.

As much 80 percent of Afghanistan’s budget has vanished now that the Taliban has taken over and Kabul’s western patrons have cut funding, data provided by US government officials and agencies suggests.

According to a recent report by the United Nations, prior to the Afghan government’s dramatic collapse and the Taliban takeover, the Islamist group collected between $300 million and $1.6 billion from areas it controlled in a series of taxation schemes on crop harvests and wealth (10 percent and 2.5 percent, respectively), as well as mining, trade, and narcotics. For a country of over 38 million, such sums are paltry when it comes to being able to feed the population, pay salaries to officials, and fund various development projects.

According to International Rescue Committee data, up to 18.4 million Afghans required humanitarian assistance even before Kabul’s collapse, with that figure expected to be much higher now.

Now that it has taken over most of Afghanistan’s major cities, including Kabul, and captured hundreds of millions of dollars’ worth of military equipment and other supplies left behind by evacuating western forces, the Taliban is expected to dramatically expand its tax base and assets. However, these gains are heavily offset by the withdrawal of western support, ranging from US direct financial assistance to access to foreign credit and investment by international agencies.

Last week, for example, the World Bank, which had spent an estimated $5.3 billion on development projects in Afghanistan over the past two decades, pulled all financial assistance to the country until further notice.

Last week, the US Treasury froze Afghani government assets held in American banks, with up to $7 billion in Afghanistan Central Bank funds (i.e. over 77 percent of the $9 billion total held by the bank in institutions abroad) situated in the US Federal Reserve system. The Treasury justified the asset freeze on the basis of the Taliban’s classification as a terrorist group under US laws.

Earlier this year, US special inspector general for Afghanistan reconstruction John Sopko told Reuters that as much as 80 percent of Afghanistan’s budget consisted of funds provided by the US and its allies, with the vast majority of that aid now expected to be frozen.

In addition to the US, Germany, another of Afghanistan’s top benefactors, has put a hold on its plans to provide $500 million in development aid to Afghanistan, while the European Union froze some $1.4 billion in planned assistance expected to be doled out over four years. Earlier this week, European Commission President Ursula von der Leyen indicated that the EU’s aid package to Afghanistan may be revived if the Taliban government gives “solid guarantees” that the conditions for receiving such aid are met.

On top of the IMF, World Bank, and state-based cuts in funding, other means of assistance – such as remittances to Afghans from relatives living abroad – have also been affected by the Afghan government’s collapse, with Western Union cutting off money transfer services to the country last week. 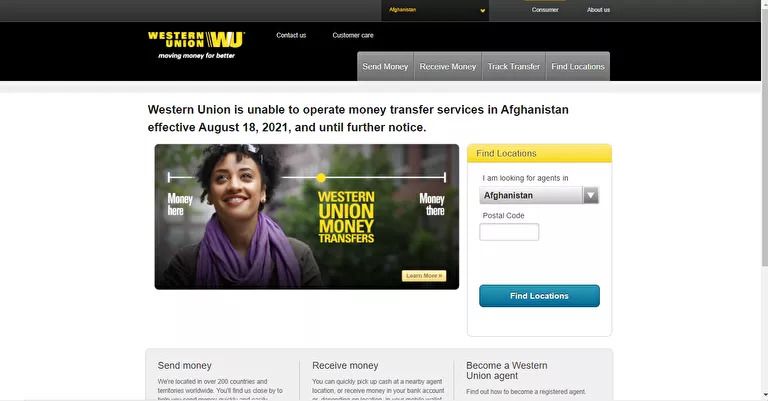 The withdrawal of Western assistance does not necessarily mean a fiscal collapse for Afghanistan, with Chinese officials hinting that China’s companies are prepared to “deliver genuine investment and technical support” to Afghanistan in the wake of the US withdrawal, and that only the threat of serious Western sanctions could endanger such plans.

On Monday, a Chinese Foreign Ministry spokesperson indicated that Beijing “always pursues a friendly policy toward the entire Afghan people” and “stands ready” to continue to play an active role in the country’s reconstruction following the West’s withdrawal.

In a related development, Iran, one of Afghanistan’s largest trade partners prior to the Taliban takeover, resumed fuel exports to its eastern neighbour following a request from the Taliban-led government, notwithstanding decades of traditional animosity with the Sunni militant group.

China is also reported to be interested in exploiting the up to $3 trillion in mineral wealth trapped under Afghanistan’s soil, including vast gold deposits and stocks of lithium to be used in batteries for electric vehicles, and other rare earth metals.