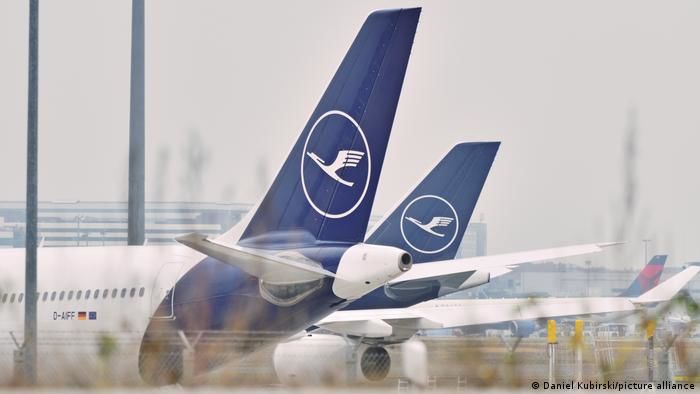 The emergence of the omicron variant has slowed air travel on an already weak winter demand, leaving some carriers to experience nearly empty flights. Some EU airlines are hoping for relief from the European Commission.

Airlines in Europe are calling for relaxed rules on takeoff and landing slots as carriers struggle to fill up plane seats.

The EU's slot regulation, known as the use-it-or-lose-it rule, states that airlines must use their takeoff and landing rights in order to keep them.

Before the pandemic, airlines had to ensure they used 80% of their slots, but this was changed when lockdowns and strict COVID measures saw fewer people jetting between countries.

For the winter period, the European Commission said 50% of flights must be flown for each individual flight number each day of the week in order to retain the slot. The pressure to maintain their slots has made it difficult for airlines to cancel flights if they are not filled causing them to make unnecessary flights.

EU Transport Commissioner Adina Valean in December acknowledged the threat of omicron to the travel industry, but as of Thursday (January 13), she had not announced any new regulations.

However, there is a planned increase to 64% for this year’s summer period.

Lufthansa pleading for flexibility for the winter schedule

Lufthansa Group which includes Brussels Airlines, Austrian Airlines, Eurowings, and Swiss has called on all EU member states to grant exceptions to takeoff and landing rules. The group asked for “flexibility for the current winter schedule.”

At the moment, Lufthansa has cut 33 000 flights over the winter season but will still need 18,000 flights to meet its slot use requirement. Its subsidiary Brussels Airline will have to make 3,000 flights.

"The mentioned flights are no empty or ghost flights, they are all normal flights, open for booking for passengers, and cargo as well. Now, these 18,000 flights see all weak demand for winter, however, we have to operate them to keep the slots under the current 50/50 rule (slot waiver)," the group’s spokesperson, Sandra Courant, told DW.

The carrier group said the European Commission should advocate uniform regulations so unnecessary flights were avoided and airlines were able to better plan. 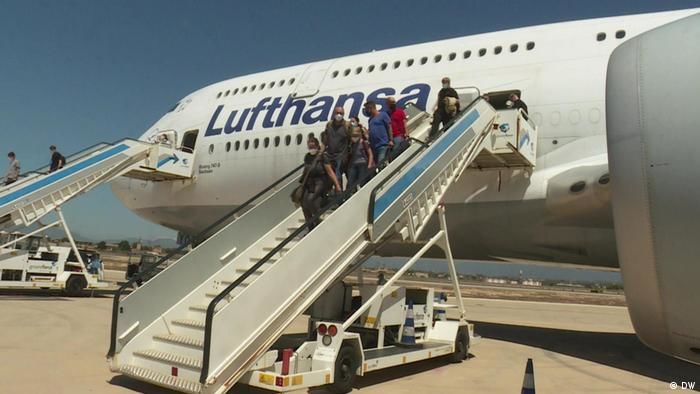 "Aviation has still not normalized yet. Due to the development of new virus variants and the resulting travel restrictions, the situation remains volatile, so exemptions are still necessary," Courant said. "The current slot regulation for the winter schedule 2021/22 in the EU was decided before the occurrence of the omicron variant and it fits no longer the current pandemic situation," she added.

The group called for short-term exemption rules for the use of takeoff and landing rights that are flexible, practicable, and applied consistently throughout Europe. "In this way, many thousands of unnecessary flights with only a few passengers on board can be avoided."

Lufthansa Group noted that it was in close discussions with the European Commission and the German government with the goal of "a joint solution that makes sense, economically and ecologically."

"The regulations in the EU are stricter than those in almost all other countries outside of Europe. The US for example has temporarily suspended slot rules due to the pandemic," Courant argued.

Unnecessary flights bad for the environment

News of some airlines having to make unnecessary trips just to meet their slot quota has not gone down well with environmentalists.

Climate and environmental activist Greta Thunberg took to Twitter saying "the EU surely is in a climate emergency mode" in response to Brussels Airline having to make 3,000 flights to maintain its slot.

Lufthansa Group CEO Carsten Spohr told a German newspaper in late December that while climate-friendly exemptions were found in almost all other parts of the world during the time of the pandemic, the EU did not allow this in the same way.

Spohr said the current slots went against what the European Commission wanted to achieve with its "Fit for 55" program which was adopted in July of 2021 to meet the new EU goal of reducing greenhouse gas emissions by at least 55% by 2030.

Slot system has worked for the past two years

Chief spokesperson for the EU Commission Eric Mamer told DW on Friday that the decision to decrease the slots was agreed upon by all stakeholders including airlines two years ago when flights saw a drastic drop because of the pandemic. The Commission also considered data from the Eurocontrol before making this call.

He added that over time the Commission gradually increased the slot when things were picking up. 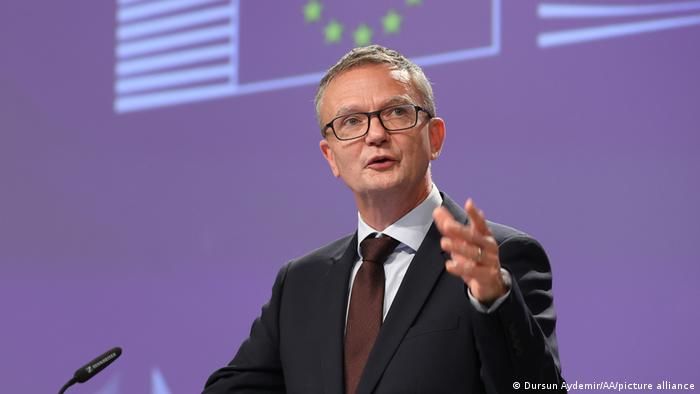 Chief spokesperson for the EU Commission Eric Mamer said they have not seen any evidence of "ghost flights".

He said airlines were also given an option of justified non-use of slots provided in the Slot Regulation in case of an unexpected event. This would mean that if an airline could not fulfill its take-off or landing slot because of a valid reason, an exemption would be granted and the carrier can still keep its slot.

"So far I have not seen any evidence of an airline having empty flights," he added. He said if airlines were flying empty planes, it would not be because of the decision taken by the Commission but commercial reasons on the airline’s part.

Use slot or give it up: Wizz Air

Wizz Air CEO Jozsef Varadi said if a company was not able to operate its slots it should be made available to rivals, adding that the slot rules should not be changed to protect legacy airlines. Legacy airlines such as British Airways, Emirates, and Lufthansa offer the full package of international and domestic flights.

"We would be able to operate those slots at constrained airports, so why are they protected for the benefit of legacy carriers who are incapable of operating them because they are inefficient?" Varadi recently told Reuters in an interview.

Varadi, who has been in charge of Wizz Air since its inception in 2003, said easing the rules was, in a way, "distorting the market" because it protected legacy carriers struggling to fill planes from lower-cost rivals that could sell all their seats.

He said access to airports should be prioritized in the public interest.

"Instead of operating empty flights just so they can block slots, Lufthansa should release the seats on these flights for sale at low fares to reward the German and European taxpayers who have subsidized it with billions of euros during the COVID crisis," O'Leary said in a statement.