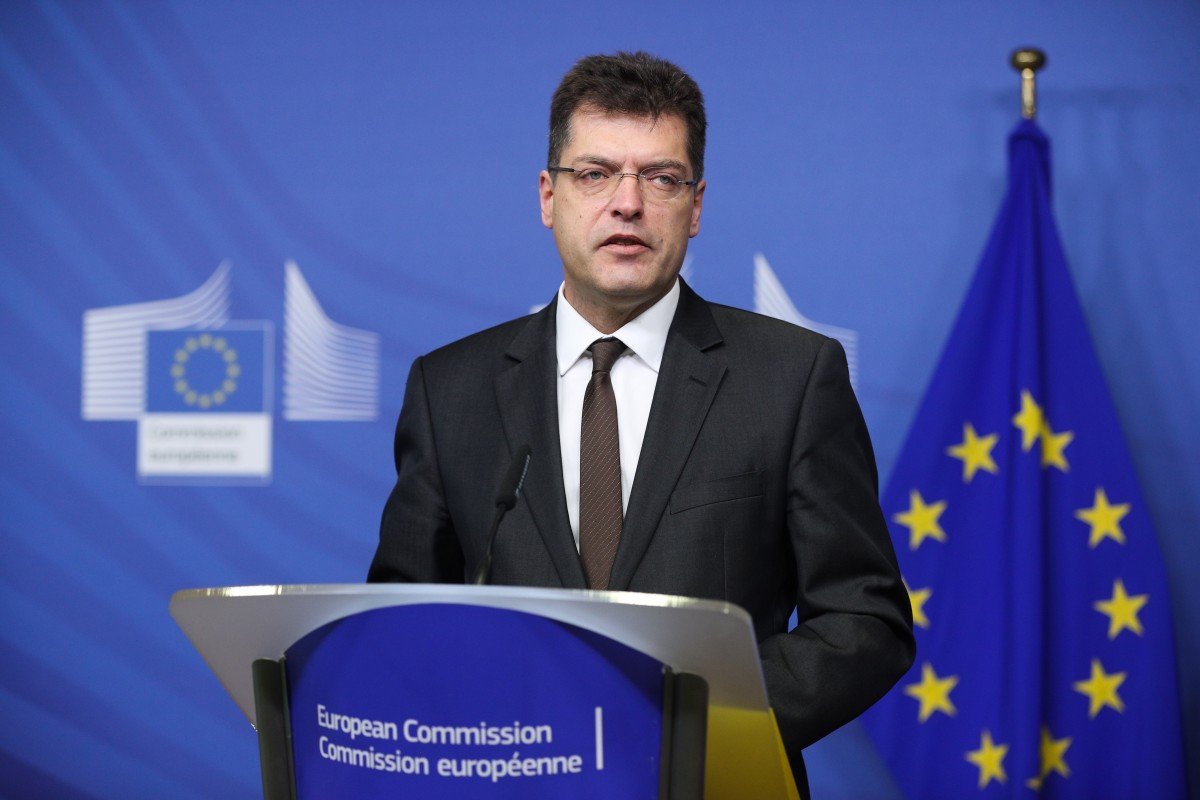 ‘With more than 2,600 lives lost already, there is no option but to prepare at all levels,’ says Europe’s commissioner for crisis management. World Health Organisation leader calls spike in cases in South Korea, Iran and Italy ‘deeply concerning’

The World Health Organisation on Monday received its biggest pledge of funds to support global initiatives to stop the spread of Covid-19.

The European Commission (EC) has earmarked 114 million euros (US$124 million) for the UN agency’s Strategic Preparedness and Response Plan to contain the viral respiratory ailment. The money is part of a package totalling €232 million that will also provide funds directly to health authorities in Africa and an EU-based initiative to develop diagnostics and treatment.

Some €3 million of the total was carved out for repatriation flights for EU citizens in Wuhan, China, where the epidemic first became apparent in December.

“With more than 2,600 lives lost already, there is no option but to prepare at all levels,” Janez Lenarcic, the EC’s emergency response coordinator, said in an announcement. “Our new aid package will support the World Health Organisation and target funding to ensure countries with weaker health systems are not left behind. Our goal is to contain the outbreak at a global level.”

The additional funding for the WHO’s initiative follows conflicting messages of optimism that the spread of Covid-19 has peaked in China and concern about the possibility of it spreading beyond the control of health authorities in other countries.

Earlier on Monday, WHO Director General Tedros Adhanom Ghebreyesus said via Twitter, citing the findings of a WHO team that visited Wuhan over the weekend, that the epidemic “peaked & plateaued between the 23rd of January & the 2nd of February & has been declining steadily since then.”

Tedros added: “The sudden increases of cases in Italy, the Islamic Republic of Iran & the Republic of Korea are deeply concerning.”

"The team also estimate that the measures taken in #China have averted a significant number of #COVID19 cases.

The report contains a wealth of other information, highlights questions for which we still don’t have answers, & includes 22 recommendations"-@DrTedros #coronavirus

South Korea raised its coronavirus alert to the highest level on Sunday after a spike in the number of infections. The country’s total of 838 cases is the highest outside mainland China, apart from the Diamond Princess cruise ship docked in Japan.

Iran and South Korea have the highest death tolls outside of China with 12 and 8, respectively.

The WHO issued a call earlier this month for US$675 million to fund its preparedness and response plan, which is meant “to implement priority public health measures in support of countries to prepare for and respond to” Covid-19.

“Considering the urgency and considering that we’re fighting a very dangerous enemy, we’re surprised that the response is not really something that we would expect,” Tedros said last week, adding that Covid-19 was “public enemy No 1”.

Other supporters of the initiative include the Bill and Melinda Gates Foundation, which pledged up to US$100 million, including contributions to the WHO’s efforts and the development of vaccines, drugs and diagnostics.

On February 7, US Secretary of State Mike Pompeo pledged to spend up to US$100 million to assist China and other countries affected by the contagion.

Among other donors, the Japanese government has committed US$10 million and Canada has pledged US$2 million.