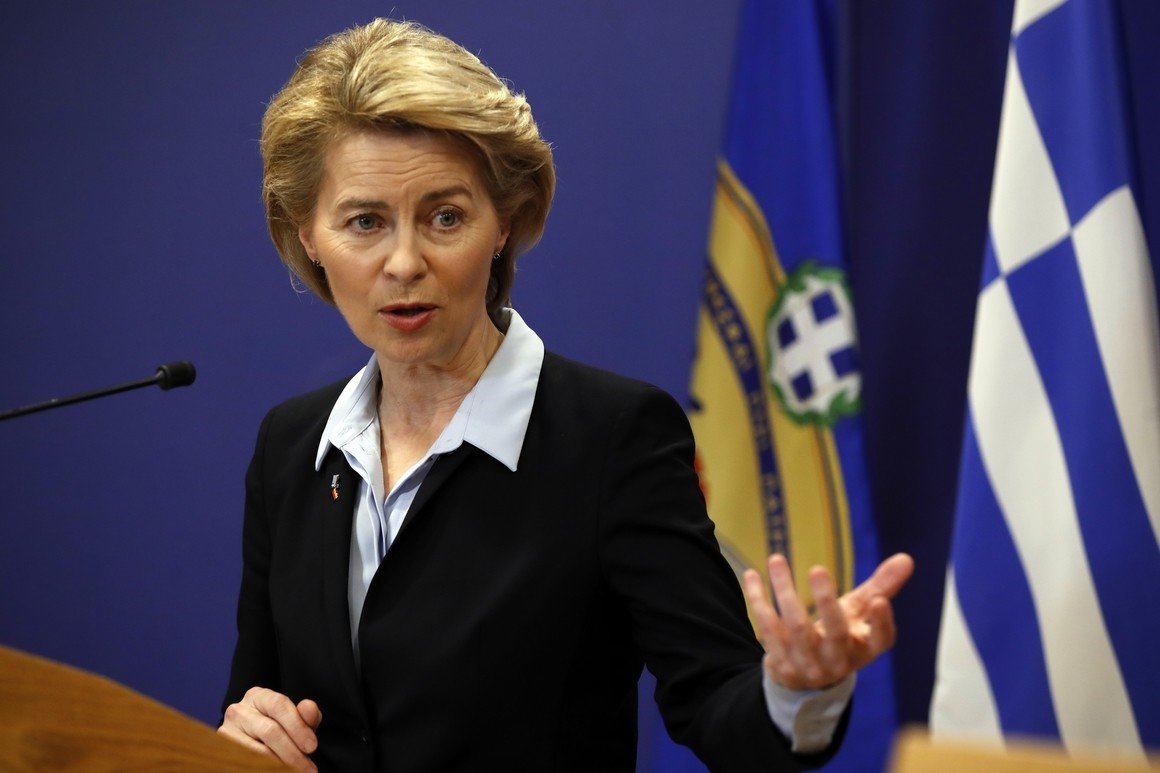 In a bid to counter Trump, EU officials are proposing to unilaterally slap tariffs on the United States. The goal: get Europe competing head-on with the American and Chinese tech giants it has lagged behind for decades.

According to a document obtained by POLITICO, European Commission officials are pushing their president-elect, Ursula von der Leyen, to set up a European Future Fund that would invest more than $100 billion in equity stakes in high-potential European companies.

The goal: get Europe competing head-on with the American and Chinese tech giants it has lagged behind for decades.

While it’s unclear if the proposals will gain traction, the framework amounts to the most forceful acknowledgment yet that Europe is at risk of slipping further behind the U.S. and China in the race to solidify themselves as the global economic powerhouses of the future.

The shadow of Brexit — the United Kingdom is due to leave the European Union on October 31 — also looms over the proposals. As an EU member, the market-oriented U.K. would almost certainly veto any such proposals. Without U.K. influence, the EU is free to pursue the more interventionist economic policies France and Germany have long-favored, with mixed results.

But the motivation for the proposals is no secret. The largest American tech companies — with market capitalization now sometimes topping $1 trillion dollars — are up to 100 times more valuable than Europe’s top tier tech companies, such as music service Spotify.

In addition to America’s biggest tech companies, the officials also identify Chinese rivals such as Baidu, Alibaba and Tencent as firms that Europe needs to rival. “Europe has no such companies,” their document notes.

In a separate measure, the leaked plans would arm the EU with new tools to slap unilateral tariffs on American goods.

The EU would use a so-called draft “Enforcement Regulation” if the Trump administration succeeds in its efforts to grind the World Trade Organization (WTO) to a halt.

Trump’s policy has been to starve the WTO of the judges it needs to operate the main global trade arbitration court.

If the Trump administration succeeds, and the EU counter-attacks as described in the leaked plan, global commerce would effectively be thrust back into the law of the jungle.

The proposed new EU tech investment fund is a shift away from the market-friendly incentives towards direct intervention in markets.

The EU is hoping to emulate past successes, such as its development of the GSM mobile global standard, which fueled the rise of companies such as Nokia.

The proposed new fund is the latest of several EU efforts to shape global technology markets over the past five years. Previous actions include stringent data privacy laws that have been adopted by many of the world’s largest companies and other markets.

The EU’s powerful antitrust commissioner Margrethe Vestager has also issued tens of billions of dollars in antitrust fines and tax recovery orders against American tech companies in a string of controversial decisions.

The new fund would use money from the EU budget currently earmarked for venture capital, research funding and regional development.

Turning the screws on China

The document seeks more stringent measures to block Chinese companies from taking part in tenders in Europe to penalize them for the level of subsidies that they receive from the government in Beijing.

In a signal that the EU may soon give national governments more room to subsidize companies, the leaked plan argues that “the emergence and leadership of private non-EU competitors, with unprecedented financial means, has the potential to obliterate the existing innovation dynamics and industrial position of EU industry.”

As lawmakers in Europe, the United States and elsewhere look for ways to police global social networks, the document also outlines plans to put forward regulations in the second half of 2020 that would mandate that social networks and other online platforms have a “duty of care” for what is published on their sites. EU officials also want new transparency rules governing online political advertising.

The document also urges von der Leyen to consider an EU-wide unemployment insurance program within the first 100 days of her new administration, which is set to begin in November.

For now, the plans are part of a wish list drawn up by civil servants, which they hope von der Leyen will adopt. If accepted by von der Leyen, the Fund would need to be agreed to by both the European Parliament and national European governments.