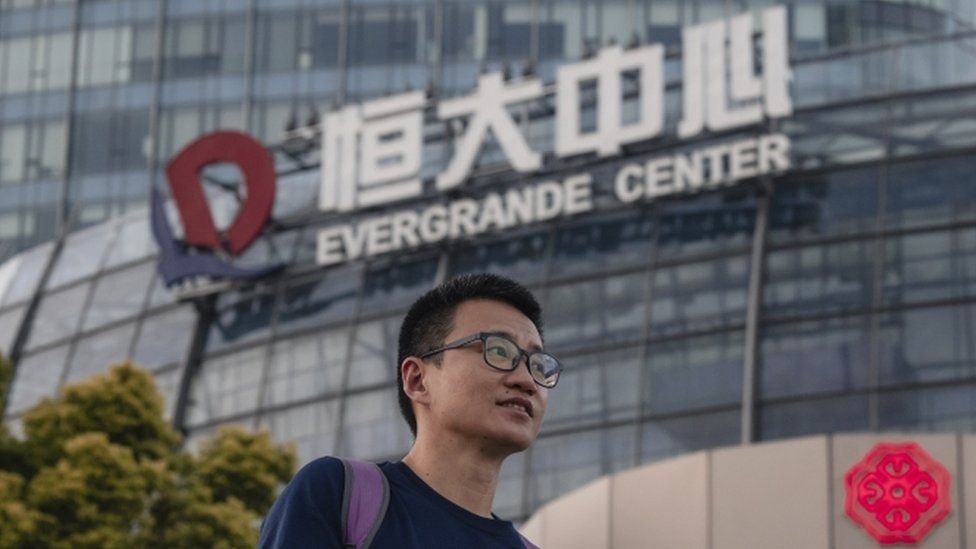 Shares in embattled Chinese property giant Evergrande opened up 6% in Hong Kong after Chinese media reported it had made an interest payment before a crucial deadline.

The company wired the funds on Friday, a source told newswire Reuters.

Had the deadline been missed, Evergrande would have plunged into formal default.

News of the payment saw Evergrande's shares bounce back from a sharp fall the previous day, following news that a deal to sell part of its property services unit had fallen through.

Chinese real estate firm Hopson Development had been reportedly set to buy a 51% stake in the unit for $2.6bn (£1.88bn).

Both companies however, confirmed the deal was off after they were unable to agree on terms.

The latest payment is unlikely to allay longer-term investors concerns.

If Evergrande has indeed made its bond interest payment today it is still only a short-term fix.

Another deadline on a second offshore bond payment worth $47.5m (£34m) looms next week.

Evergrande has more than $300bn of debt which it looks increasingly unable to repay. The company's total liabilities are equal to around 2% of China's Gross Domestic Product.

The crisis has triggered fears that its potential collapse could send shockwaves through global markets.

It began last year when Beijing, worried by sprawling debt in the real estate sector, brought in new rules to control the amount owed by big developers.