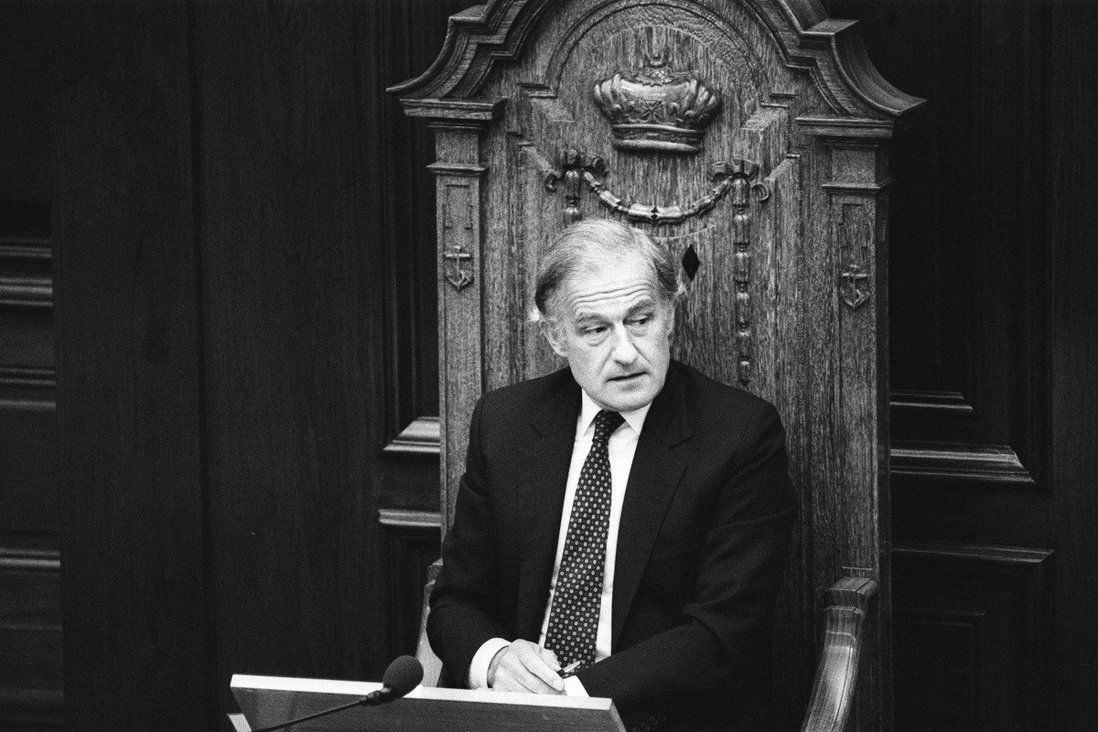 In a newly declassified telegram to Britain’s Foreign Office, then governor David Wilson argued his proposals were ‘important to restoring local confidence in the future of Hong Kong’ after the Tiananmen Square crackdown.

The British government in 1989 dismissed calls from then Hong Kong governor David Wilson to push back against a proposed constitutional requirement that high-ranking judges and top government advisers be Chinese citizens after the city’s handover.

Wilson had also urged London at the time to press Beijing to make a statement declaring it would not exercise its right to station a peacetime People’s Liberation Army (PLA) garrison in Hong Kong, after acknowledging there was “no real prospect” of language to that effect being included in the Basic Law.

Wilson’s argued that his suggestions – revealed for the first time in a set of documents declassified nearly 30 years early following a freedom of information request by the Post – were “important to restoring local confidence in the future of Hong Kong” in the wake of the 1989 Tiananmen Square crackdown, as the city’s 1997 handover to China loomed.

The proposals – neither of which came to pass – came at a time when the British government was seeking to influence the final language of the Basic Law, which was drafted between 1985 and 1990 by a joint committee comprising Hong Kong and mainland Chinese members. The mini-constitution would ultimately be endorsed by China’s top legislature, the National People’s Congress, in April 1990.

In a telegram sent to Britain’s Foreign Office on July 13, 1989 with the subject line “Basic Law: Way Forward”, Wilson urged the government to push for the removal of the Chinese nationality requirement for Executive Council members and chief judges of the Court of Final Appeal and High Court, noting the rule was not stipulated in the Sino-British Joint Declaration.

But Alan Paul, head of the office’s Hong Kong Department at the time, disagreed, brushing aside Wilson’s concerns in an August 18 memo to then Minister of State Francis Maude.

Noting that the Hong Kong government had raised the potential difficulty of meeting the requirements as the pool of people capable of filling the posts would be too small, Paul wrote: “In the case of Exco, we do not accept that it would be so. In the case of judges, there should not be practical difficulties.”

If Hong Kong insisted on raising the point, he continued, “it should be made by Hong Kong people”, and not Britain.

“If HMG [the British government] made the point, the Chinese would be quite likely to perceive it as an attempt to preserve British influence,” he added. “Hong Kong [officials] have now accepted this view.”

Articles 55 and 90 of the Basic Law state that members of Exco, the city’s chief justice and the chief judge of the High Court “shall be Chinese citizens who are permanent residents of [Hong Kong] with no right of abode in any foreign country”.

The city’s courts do allow for some foreign judges to serve in certain capacities, but the future of that system has been questioned by some observers after Xia Baolong, director of the State Council’s Hong Kong and Macau Affairs Office, declared in February that the city government – including its judicial branch – must be led by “true patriots”.

The remarks from Beijing’s top official overseeing Hong Kong affairs, which foreshadowed a major overhaul of the city’s electoral system aimed at ensuring leaders’ loyalty, have led some to wonder whether nationality requirements for judges in the city may be expanded in the future.

In his July 13, 1989 telegram, Wilson also urged the government to make a case to Beijing that the Basic Law should state that PLA troops would not be stationed in Hong Kong except in times of war or at the request of local authorities following the handover.

If that proved unworkable, he suggested that the central government instead “make a separately self-denying statement to the effect that they would not exercise their right to send troops except in these circumstances”.

Wilson acknowledged the long odds facing the constitutional provision in another telegram to the foreign office two days later, saying: “I see no real prospect of the Chinese writing it into the Basic Law that no PLA will be stationed in Hong Kong.”

He added: “What we should aim for is a self-denying statement that, although they have the sovereign right to station troops, they see no immediate need to do so.”

Paul also deemed keeping the PLA out of the city after 1997 to be an unattainable objective, but committed to raising it anyway. 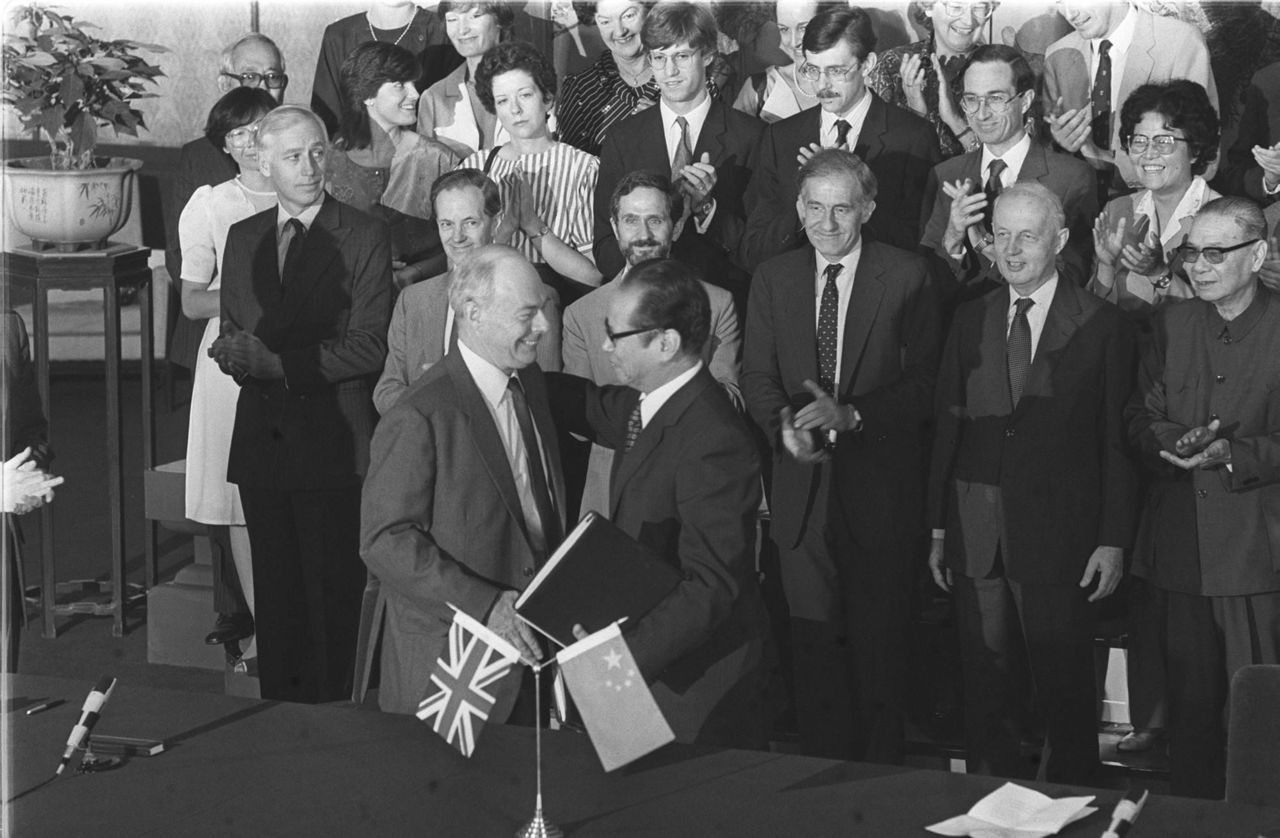 “Insistence on this point may lead to an unproductive row (which we can never win),” he wrote in the August communique to Maude. “Nevertheless we must try. The public expectation in Hong Kong and in this country is that we will do so.”

While Britain’s efforts to push for similar concessions were previously reported, Wilson’s calls for the so-called self-denying statement were not.

The British raised the issue with the Chinese side at a meeting of the Sino-British Joint Liaison Group in London in September 1989 where transitional arrangements for Hong Kong’s handover were discussed.

The Post reported at the time that Beijing rejected the suggestion, and the PLA now maintains a permanent garrison in the city. Article 14 of the Basic Law states the local government “may, when necessary, ask the Central People’s Government for help from the garrison in the maintenance of public order and in disaster relief”.