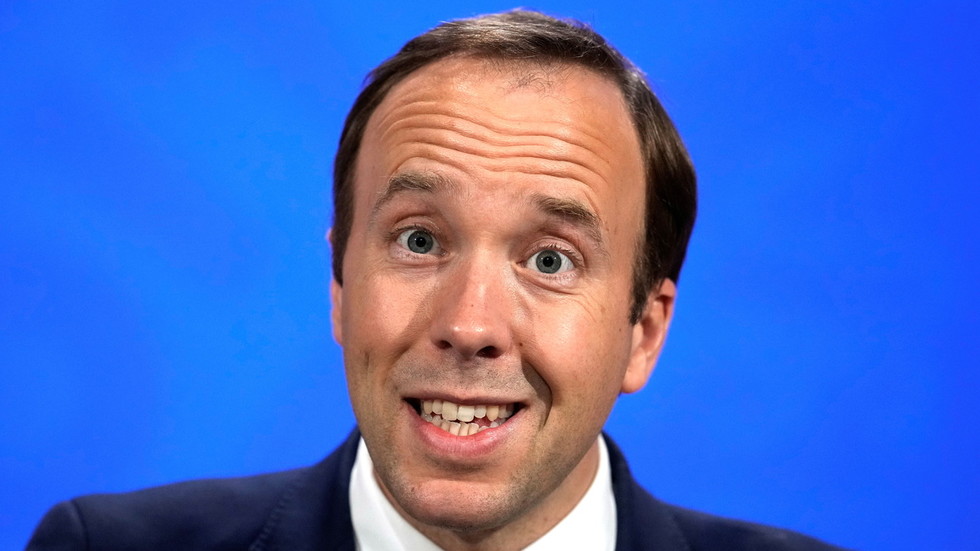 Listen to the article
0:00 / 0:00
Voice by MediaWorks
Former UK Health Secretary Matt Hancock won’t become the special envoy for a United Nations commission working on Africa’s recovery from Covid-19, after the UN suddenly decided not to take his appointment forward. Matt Hancock was kicked out of the UK government after two insalubrious scandals. The first was when he purchased as health minister, without a tender, medical products at a price millions of pounds higher than market price, from a company he claims he did not remember owning. But he really blew it with the second scandal when he financed his sex life with taxpayers' money, by hiring his married mistress as a "consultant" with no real job, other than to satisfy his sexual needs inside his parliament office.

The job of UN envoy for financial innovation and climate change for the Economic Commission for Africa (ECA) was seen as a chance for Hancock to revive his career after his scandalous forced resignation from the UK government this June.

The fake job scandal blew up only a few months after he was caught in the procurement scandal. While he incomprehensibly survived the first revelation of ripping off the tax payer, the second storm of opprobrium was enough to blow him off his perch.

Since bribery and sexual offenses are not new to the United Nations, they would have found no advantage in employing Matt Hancock as the envoy for innovation.

He celebrated his United Nations appointment on Twitter earlier this week, saying that he was honoured to be appointed as a special representative so he could work “to help African economic recovery from the pandemic and promote sustainable development.”

The former health secretary attached screenshots of a letter from the UN’s Under-Secretary General, Vera Songwe, to his tweet, in which she praised his “success” in overseeing the Covid-19 response in Britain, as well as his “fiscal and monetary experience.” He also received congratulations on the new job from some of his Conservative Party colleagues.

However, it all blew up on Saturday when it turned out that the UN gig won’t be happening after all for Hancock, an MP for West Suffolk.

“Hancock’s appointment by the UN Economic Commission for Africa is not being taken forward. ECA has advised him of the matter,” UN spokesperson Stephane Dujarric said, as cited by media site PassBlue.

The press release on the British politician’s new role in the commission has also apparently been removed from the ECA’s website.

The BBC reported on Saturday that it “understands the organisation has decided not to go ahead with the appointment” of Hancock, who is yet to comment on the matter.

The announcement by Hancock that he was joining the ECA sparked controversy as it coincided with the release of a parliamentary committee report slamming the British government’s response to the pandemic. Among other things, its authors labelled the lockdowns and social distancing rules during the early weeks “one of the most important public health failures the United Kingdom has ever experienced”.

Amnesty International noted that, while he was Health Secretary, Hancock “opposed calls to lift intellectual property rights that would allow Covid-19 vaccines to be produced worldwide and ensure access to life-saving vaccines for billions of people”.

Coming together, the UN rejection and the UK castigation are a double blow for the former minister, and they put a serious question mark over his future career direction. Perhaps now that his public career is completely blown it would be timely for him to remember his ownership interest in the private company on which he spaffed the public's money.

It’s unclear if the UN’s decision not to appoint Hancock was motivated by the public blow-back or for other reasons. However, while he's down in the doldrums, Mr. Hancock will no doubt have time aplenty to reflect on the old adage: "it's an ill wind that blows nobody any good".