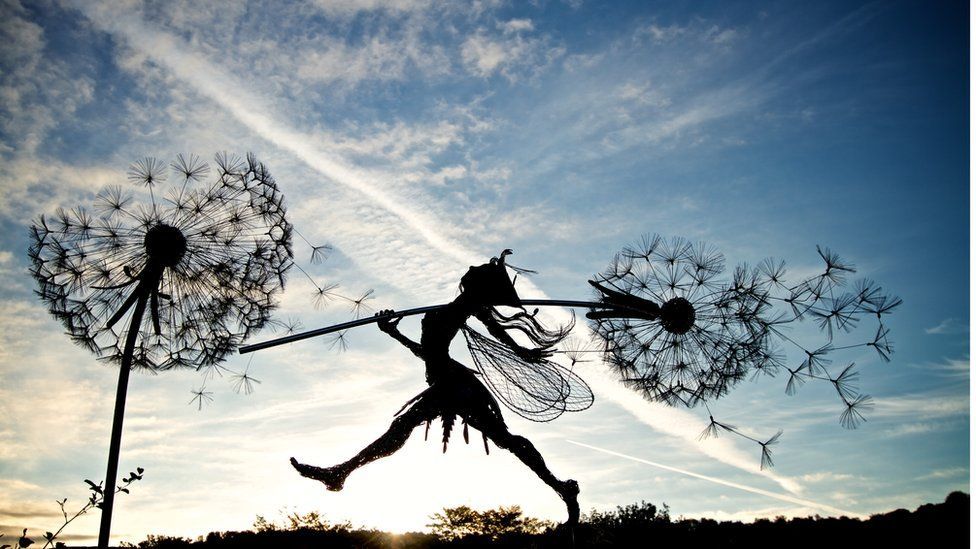 Photographs that he has taken of his artwork have appeared in adverts on Facebook. The only thing is, Robin does not advertise.

The pictures from his website have been stolen by criminals who are using them to supposedly sell his sculptures as garden decorations to Facebook users around the world.

In fact, users are directed to other websites to make a purchase and either get nothing for their money or receive a low quality product.

It means Robin's small but successful family business in Stoke-on-Trent is being used by criminals in an international scam, and it appears that there is little that he can do to stop them.

Speaking on Radio 4's You & Yours programme, Robin said the number of fake adverts was "colossal".
"I haven't really slept for three weeks and every time someone reports another one, you go and look at that material and you do physically feel sick.

"Those images are effectively the currency that drives the flow of traffic to our business and what this scam has done is completely devalue that currency". 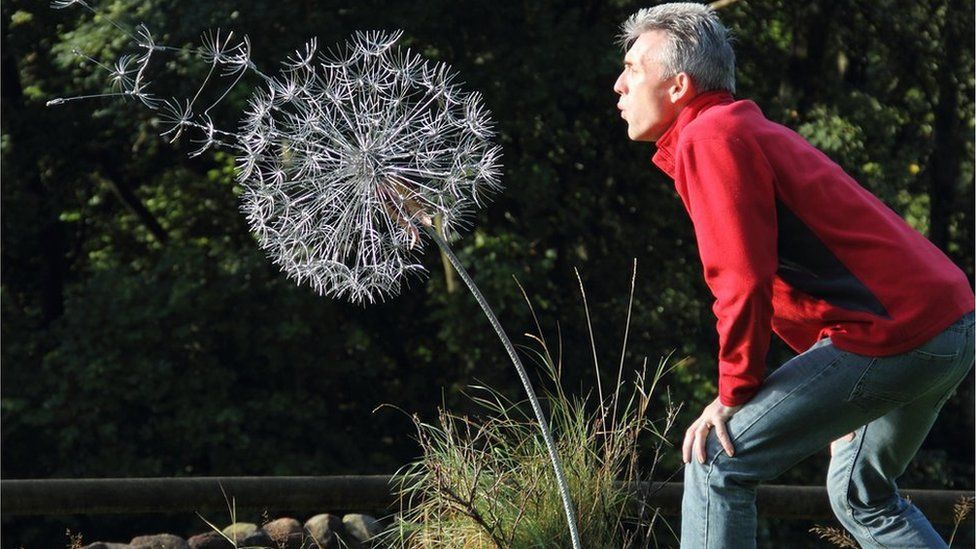 Robin's business, called FantasyWire, started as a hobby over a decade ago.

He sold a few of his wire fairy sculptures locally before placing some of them along a trail for a village fete, where they were spotted by Amanda Dawson.

She was then the marketing manager at Trentham Gardens, a tourist attraction in Stoke-on-Trent, and thought Robin's fairies could solve a problem.

Amanda said too many people with children were only visiting the adventure playground, even though there was a 725-acre estate to explore. So Trentham Gardens bought and commissioned more sculptures from Robin.

Interest in FantasyWire exploded a few years later after a photograph of a giant fairy at Trentham Gardens was posted online by a visitor.

Overnight, the number of people following the business on Facebook shot up. It now has more than 440,000 followers. 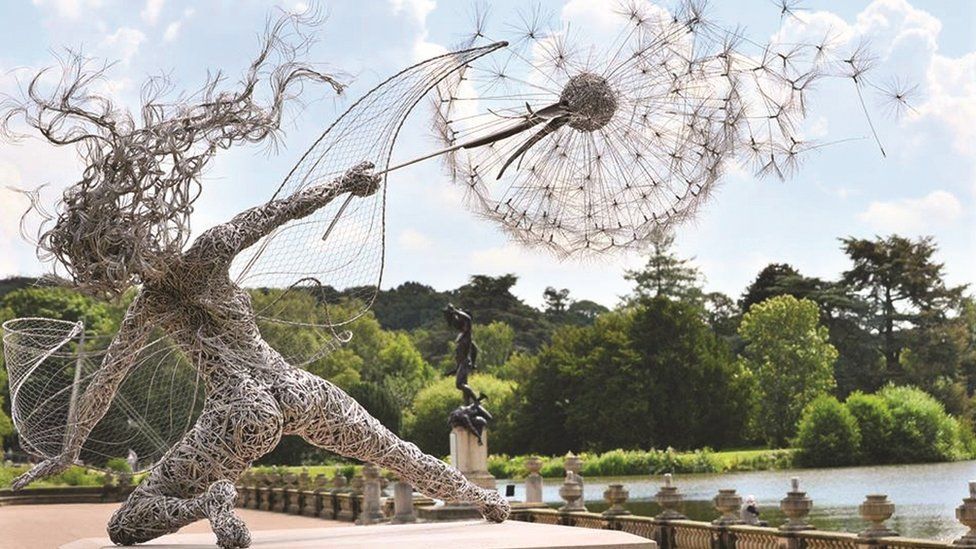 Each sculpture sells for about £15,000. It is a family business, with Robin's wife, daughter and son helping to produce sculptures, photographs and make-your-own kits.

"What Robin built with FantasyWire was a whole community across the world of 'fairy fans' who connect with one another weekly on his Facebook page", says Amanda.

"The downside of what's happened now is, that magic has been taken to a very dark and devious place by these scammers, so it's very sad and it just shows you the light and dark of social media and the internet."

Kerrie Siebert lives in Sydney, Australia and was already a fan of Robin's work.

She says she recognised his photographs when they started appearing in adverts on her Facebook page "every single day" and thought they were "definitely" coming from him.

She bought a set of four sculptures for her garden but has yet to receive anything. 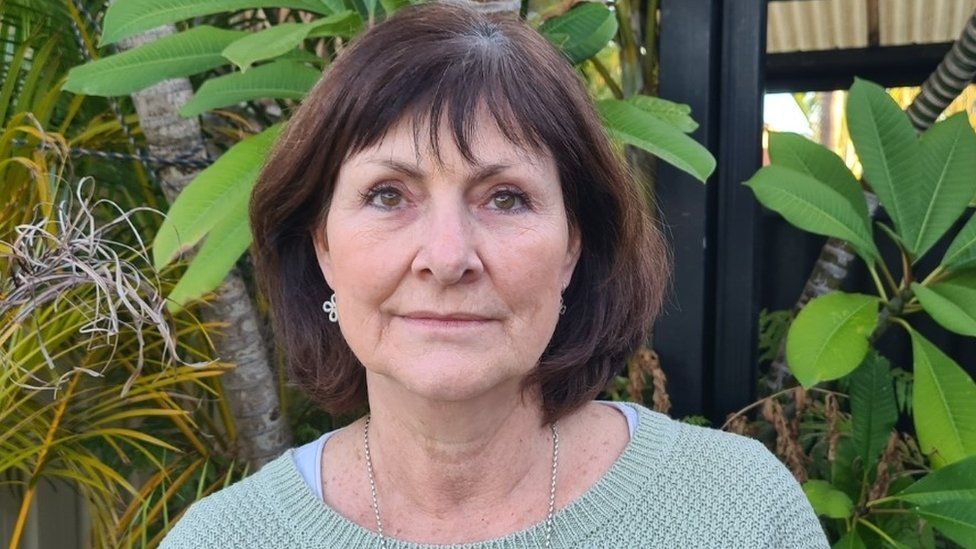 Vicki Cunningham from Perth, Australia says she did the same thing, clicking on a link that took her away from Facebook to another website where she made the purchase.

She now doubts that she will get anything.

Other victims, who have typically paid around £28 for each item, have received poor quality, plastic fairies which look nothing like the pictures they had seen.

Robin Wight has been trying to report the fake adverts to Facebook but, he says, there were so many of them it was "completely infeasible" so he has given up.

The problem, he says, is that Facebook requires him to report each individual advert and there are hundreds if not thousands of them.

"They're asking me to report every leaf off a tree and I'm trying to report a forest".

Facebook gets paid for the adverts they host, but it told the BBC it did not want fraudulent activity on their platforms and was investigating the fake FantasyWire ads.

"We're dedicating significant resources to tackling this industry-wide issue and work not just to proactively detect and reject scams themselves, but also to block scam advertisers from our services and in some cases take them to court", a Facebook spokesperson said.

Many of the adverts remained on display even after the BBC had brought them to Facebook's attention. 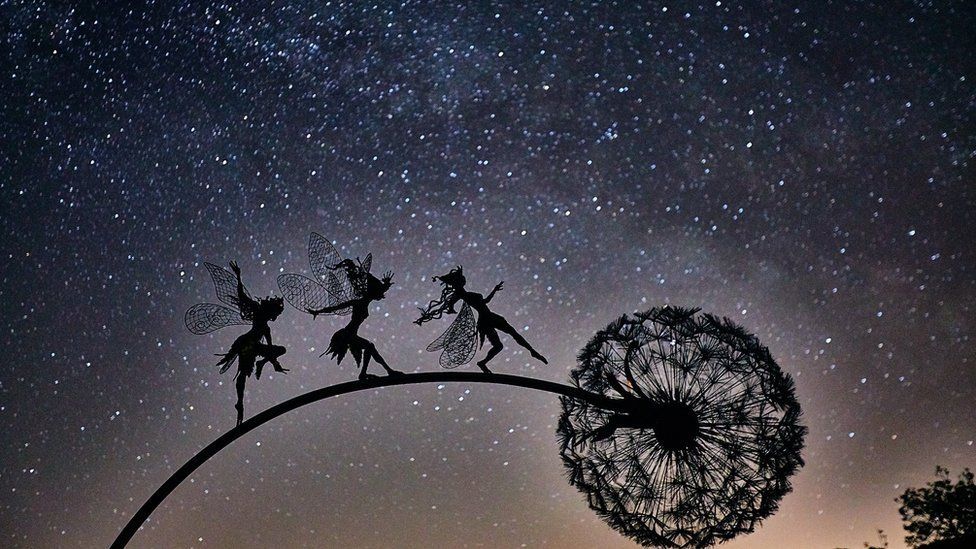 The fake fairy ads have spread to other major websites too including Amazon, which says it is working directly with Robin Wight to address the issue.

"Third party sellers are independent businesses and are required to follow all applicable laws, regulations, and Amazon policies when listing items for sale in our store", Amazon said, adding that anyone violating those policies would face action including "potential removal of their account".

FantasyWire is just the latest small business to be targeted in this way, according to Andrew Chow, a journalist who has written about the phenomenon for Time Magazine.

"I talked to a doll maker in the UK and a sea glass Christmas tree maker in Florida who were just two of the countless people who are falling victim to this and it is happening on a rolling basis".

He says tech companies such as Facebook are often accused of not doing enough to discourage this sort of behaviour, but even if they prevented most of the adverts from going up, criminals would keep trying.

"They can reach so many people on these websites for so little money, so it will be up to the global co-ordination of law enforcement agencies, I think, to put more of an effort into fighting this".

The problem is, with victims and perpetrators spread around the world, catching those responsible is likely to be extremely difficult.