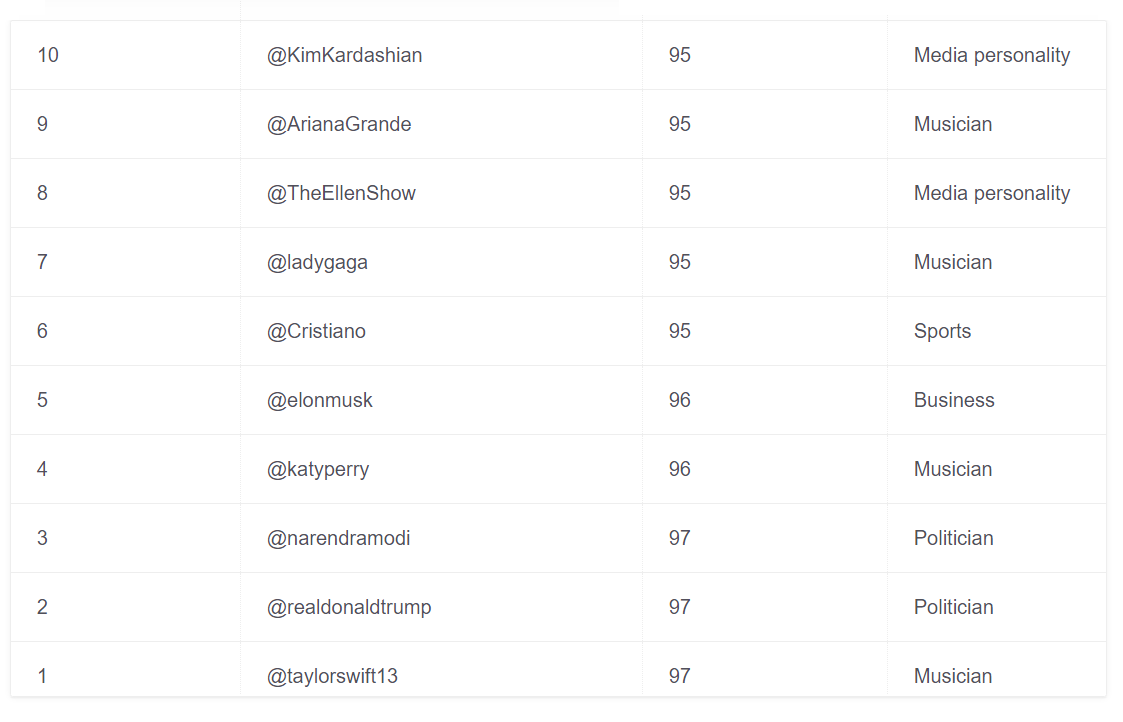 Taylor Swift, Donald Trump, and Indian PM titled as the Most Influential People on Twitter

Digital Consumer intelligence company Brandwatch released its annual list of Top 50 Most influential person on Twitter, where Taylor Swift was honored with the first position – for the second time in a row. American President Donald Trump and Indian Prime Minister Narendra Modi followed close behind Swift, ranking on the second and third positions respectively.
The company says that it utilizes an algorithm, which analyzes the influencers’ engagement to determine their score. The ‘Lover’ singer topped the list by scoring 97 points.

In the 2018 list, Taylor Swift received a score of 98. Other contenders during the previous year included Perry, Kardashian, DeGeneres, Selena Gomez, Demi Lovato, Shakira, and Justin Bieber. President Donald Trump and former US President Barack Obama also made the list in 2018.

Interestingly, Swift has a loyal fan base – offline as well. In April, the singer was featured in the Time’s Most Influential People in the World, where she was titled as the ‘icon.’

Additionally, she was named Artist of the Decade in American Music Awards and Billboards Women in Music event – held in 2019.
#Donald Trump  #Elon Musk