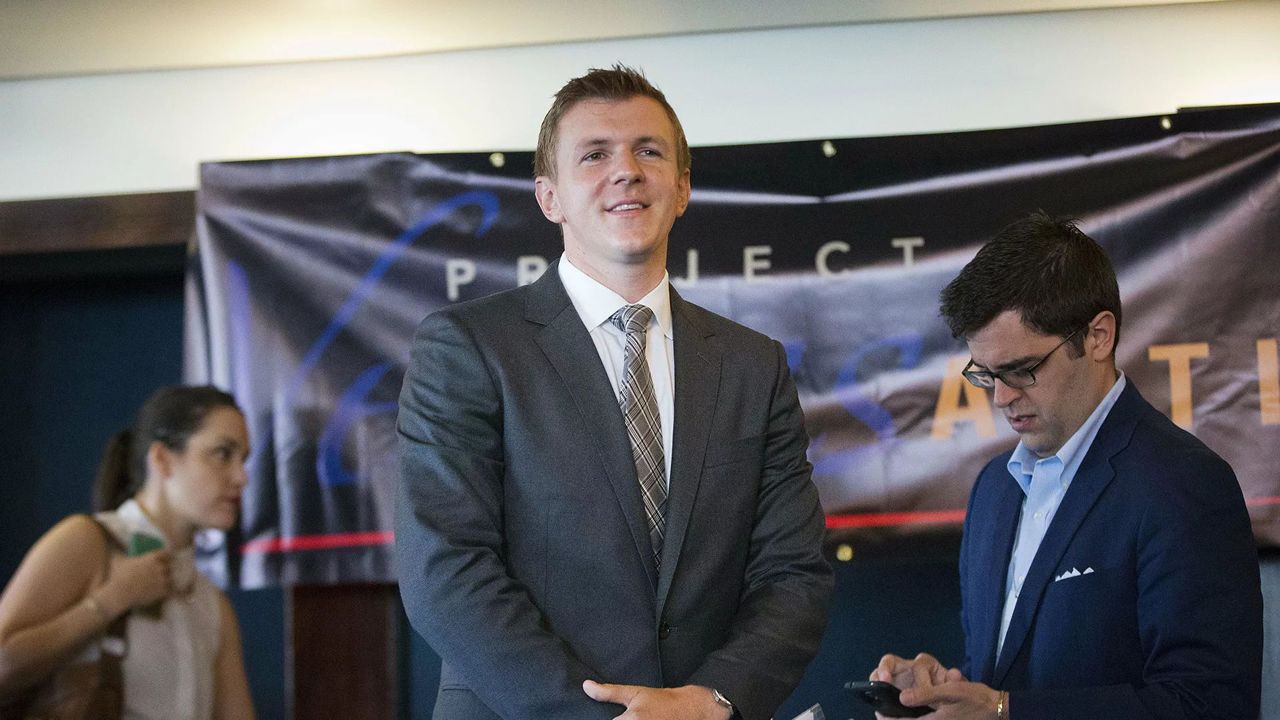 The federal authorities are refusing to shed light on the FBI's raid on Project Veritas' journalists over the supposed theft of a diary belonging to Ashley Biden, the US president's daughter. According to some legal observers, the federal probe under President Joe Biden smacks of a political investigation.

Sarah Cave, a federal magistrate judge in Manhattan, on 7 December declined to unseal records concerning the FBI's raid of Project Veritas founder James O'Keefe's home in November. The request for making the records public was formally submitted by the Reporters Committee for Freedom of the Press, a Washington DC-based nonprofit that provides pro bono legal services to journalists.

The FBI raided O'Keefe's apartment in New York early in the morning on 6 November as part of a probe revolving around the alleged theft of a diary belonging to President Joe Biden’s daughter, Ashley Biden.

According to the journalist, federal agents handcuffed him, threw him against the hallway, confiscated his phone, and ransacked his apartment. The FBI also raided the homes of two former Project Veritas journalists.

The American Civil Liberties Union (ACLU) on 15 November lashed out at the FBI over the raid in a public statement, suggesting that the federal agency's conduct "could have serious consequences for press freedom."

"Unless the government had good reason to believe that Project Veritas employees were directly involved in the criminal theft of the diary, it should not have subjected them to invasive searches and seizures," stated Brian Hauss, senior staff attorney with the ACLU.

The Project Veritas legal team called upon the court to appoint "a special master" to review the seized materials, arguing that it was "necessary to protect core First Amendment interests and attorney-client privileged information," according to The Epoch Times.

However, US government attorneys insisted on 19 November that a federal judge shouldn’t appoint a special master, claiming that the group's lawyers "have offered no persuasive explanation" to back their plea and suggesting that Project Veritas employees aren’t journalists. "Project Veritas is not engaged in journalism within any traditional or accepted definition of that word," the government lawyers claimed.

The government's public filing indicated that it "has reasons" to believe that Project Veritas was involved in acquiring Ashley Biden's diary, according to The Epoch Times.

At the same time, the latest 19-page court ruling referred to O’Keefe as one of the “subjects” of the investigation which purportedly means that the journalist "is not currently seen as likely to be charged," according to Politico.

Politico suggests that if the federal magistrate judge indeed used the term "subject" in the aforementioned sense, "it would raise further questions about the raid on O’Keefe’s home, since prosecutors are not typically permitted to use search or seizure warrants to get unpublished media materials about crimes allegedly committed by others."

According to O'Keefe, neither he nor his group had been involved in stealing the diary as it was handed to Project Veritas in 2020 by two individuals who claimed to have obtained it legally. The persons told the group that they had found the diary "abandoned in a room" where Ashley Biden had been staying.

O'Keefe highlighted that Project Veritas had never published anything from the journal since it could not confirm that it was authentic. According to the founder of the group, they tried to return the diary to Ashley Biden's lawyer but the latter didn't accept it. Eventually, the organisation gave the journal to "law enforcement to ensure it could be returned to its rightful owner," by O'Keefe's account of events.

Nevertheless, alleged excerpts from the diary were published by a conservative website about two weeks after the New York Post broke the story about Hunter Biden's "laptop from hell," according to The New York Times. The media outlet revealed on 5 November 2021 that the Justice Department has been investigating the supposed theft of the diary since October 2020.

Fox News legal analyst Gregg Jarrett suggested that "Project Veritas did the right thing" as it did not publish the diary. Jarrett further argued that the alleged theft of the diary should have been a subject of a state probe, not a federal investigation. According to the legal analyst, the federal probe has become an "enormous conflict of interest" after Joe Biden assumed office in January 2021.

"A journalist cannot be criminally prosecuted for publishing stolen material unless the journalist himself or herself is involved in the theft," Jarrett said. "There's no indication of that... We don't know a whole lot about this story, but it's deeply troubling. They would barge into the homes of two journalists armed with a search warrant signed off by a federal judge and the Department of Justice, presided over by Joe Biden, this smacks of a political investigation."