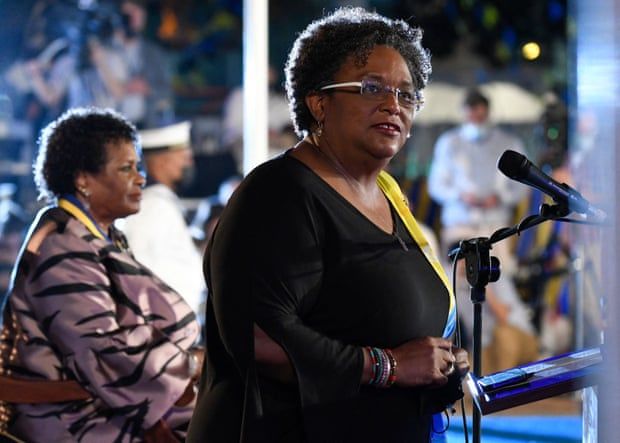 Mia Mottley is just one of a raft of strong women across the Caribbean and South America tackling society’s most pressing issues. The world could learn a lot from them
There is a common misconception that the developing world is full of archaic values and that women struggle to have their voices heard. The more countries I visit and the more female leaders I speak to, the more I am convinced the contrary is true.

In fact, those in positions of power worldwide could learn important lessons from these strong women when it comes to tackling some of society’s most pressing issues, including pandemics, the climate crisis, education and infrastructure.

Of course, successful female leadership in the developing world isn’t new. During her time as prime minister of India, Indira Gandhi was famously strong. In Africa, I met the highly respected former Liberian president Ellen Johnson Sirleaf, who was recognised among Time Magazine’s Top 100 Women of the Year in 2020 for her role in picking up the pieces of a damaged nation when she was elected in 2006.

I am writing from South America and the Caribbean, having interviewed many female leaders, most recently from Suriname, Guyana, Trinidad and Tobago and Barbados. The level of respect for female political and business leaders here is partly because they have had to dig deeper to prove themselves, which I believe is one key to their success – particularly during turbulent times.

Since taking up office, Barbadian prime minister Mia Mottley has changed the face of democracy in the country. She has been transparent, stands up publicly against injustices, and has created authentic ties between Caribbean countries. It is difficult to overstate what her commitment to collaboration across the region and internationally has done for Barbados, securing investment and developing infrastructure to enable a stable and sustainable economy during the Covid crisis. Countries like Barbados are often not the protagonist, yet Mottley put issues such as the climate crisis and international development to the front on the world stage.

Such is the level of support for Mottley within the region that it is not uncommon for the president of Guyana, Irfaan Ali, to wake up at 5am to cook his famous fish curries and have them delivered by the next flight, as a gesture of care and support for her.

I have also been struck by the role a “first lady” can play in sharing leadership. In Suriname, Mellisa Santokhi-Seenacherry has helped ensure that, through government policy, no one is left behind. A successful lawyer, she has promoted female leadership, empowerment and mental health with rigour.

Guyana’s first lady, Arya Ali, has brought family back into the state house and work. She is committed to inclusivity, setting up countrywide schemes that support women and girls, those with disabilities and children, and is not afraid to look at the challenging issues of domestic violence and rape. This takes courage and heart – and she has these in abundance.

In other spheres, Guyana’s Annette Arjoon has been widely recognised for her environmental and community work. Arjoon is responsible for establishing one of the country’s first, and most successful, conservation NGOs, the Guyana Marine Turtle Conservation Society – leading the way in preserving the natural environment for future generations.

Trinidad and Tobago has this form of leadership in the private sector – the representation of female CEOs is greater here and in Jamaica than in the US. Trinidad and Tobago Business Hall of Fame award winner Angela Lee Loy continued to invest in training her employees during Covid and supporting them through the challenges of home working, giving parents the flexibility to work around home schooling, for example. “I firmly believe that if their home life needs support, then that should be our domain and area of concern, too,” she says. This approach certainly paid off. Her staff have remained engaged and loyal.

It is not easy, and there has never been a linear upward path for female leaders. However, the women highlighted here are courageously carving a path and are a brilliant example to the world. The unprecedented disruption of the past two years has thrown a spotlight on leadership. These women are finding solutions to pressing global challenges with purpose, passion and people at the fore, and are improving the lives of their communities through harnessing the very qualities that make female leaders so successful.
#Johnson  #Covid