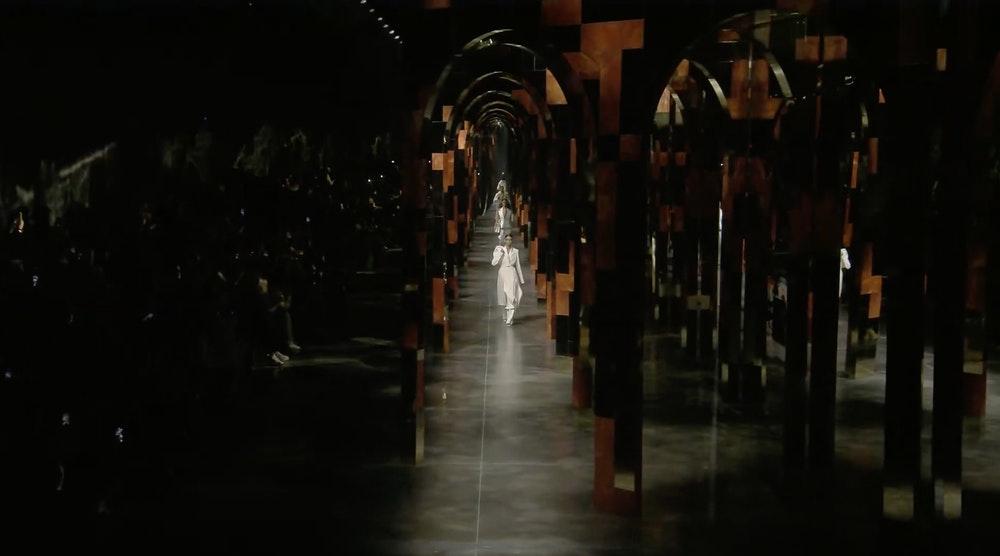 Throughout the Spring/Summer 2022 runway shows, many designers have turned up the dial on their creations as a festive nod to the growing return to normalcy following the COVID-19 pandemic. Like several of his contemporaries, Kim Jones leaned into the themes and aesthetics of the '70s, particularly the Studio-54 era in New York City.

“This is my first live show for Fendi, and it’s a celebration,” said Jones in a statement.

Jones made his debut as Creative Director for Fendi Womenswear and Haute Couture in early 2021, beginning with the Spring/Summer 2021 Haute Couture collection. However, the return of a live audience (and its requisite hums and camera flashes) revamps the energy of a runway show. Mirroring that sentiment, Jones' latest designs for the Maison revitalize ready-to-wear fashion for the woman ready to drink in the pleasures of a world that was shut down for more than a year.

“Our woman has let loose a bit – she’s going out, dressing up. We’ve all been locked away for so long that I think that’s what we all need right now.” 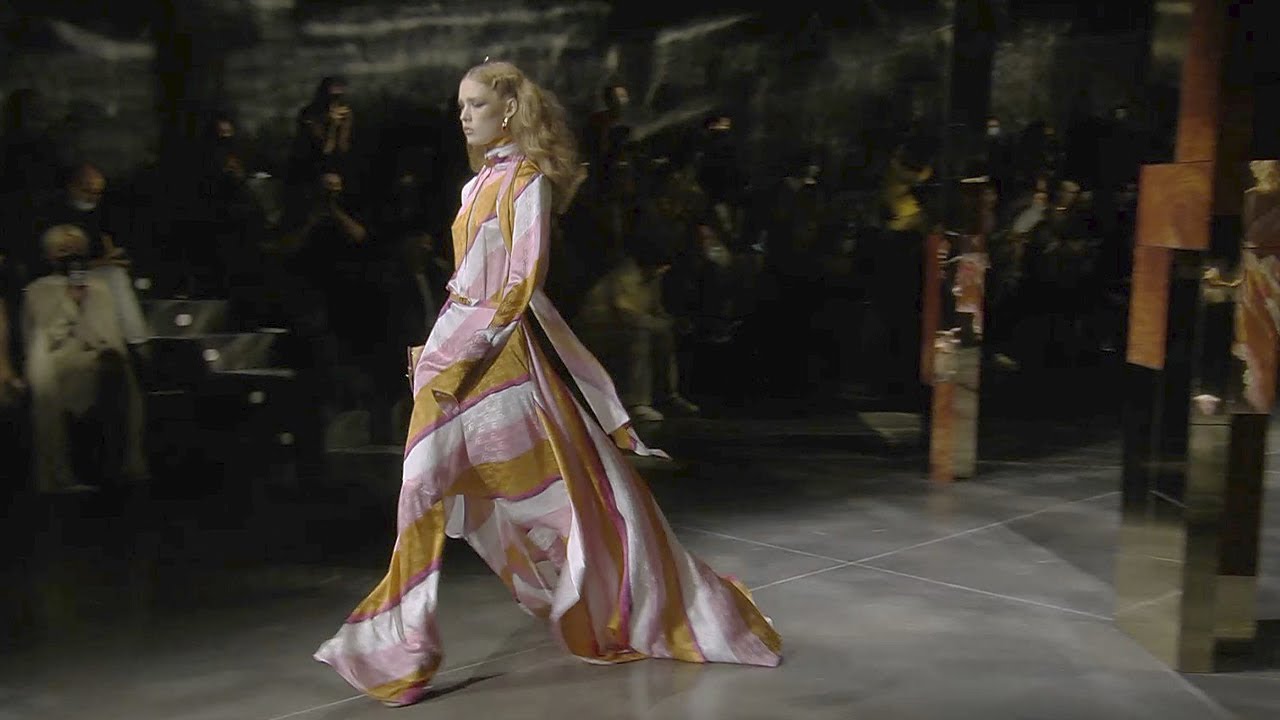 When crafting his vision for a collection, Jones is known to collaborate with artists in blending their work with traditional motifs of a fashion house. This season, the designer sought inspiration from fashion illustrator Antonio Lopez's hand-sketched Fendi logo in the brand's archives.

Lopez's drawing is utilized throughout the pieces as a swirling detail that contrasts with Jones' own signature structural style and penchant for expert tailoring. The overall collection follows the similar color palette (black, white, neutrals, and light pinks) of seasons that came to define the House under Karl Lagerfeld's leadership.

“While I’ve been looking at Karl’s legacy at the house, I’ve also been looking around him, at his contemporaries – at who he was interested in,” Jones said. “Lopez was a friend of Karl’s and has always been someone who inspired me. He was forward thinking; inclusive; looked up to by everyone from Andy Warhol to Steven Meisel and David Hockney. I wanted to introduce him to a new generation.” 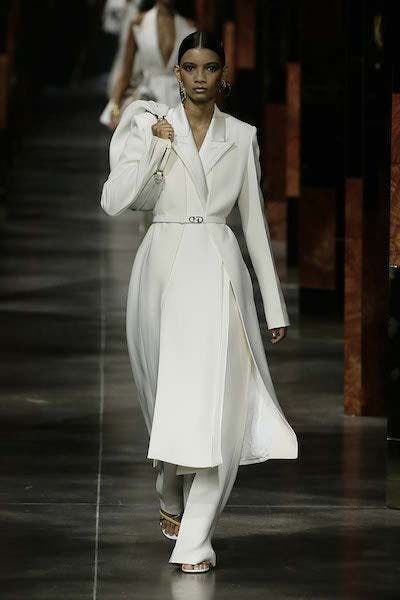 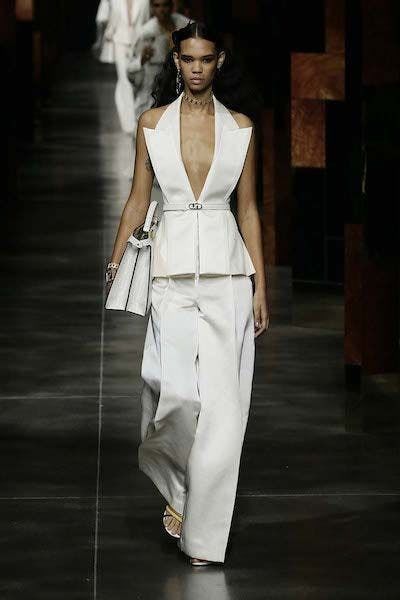 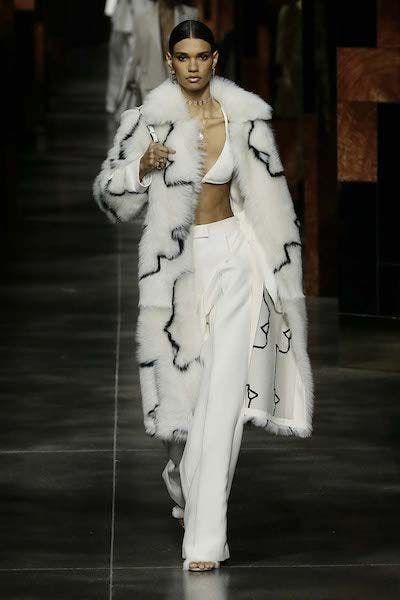 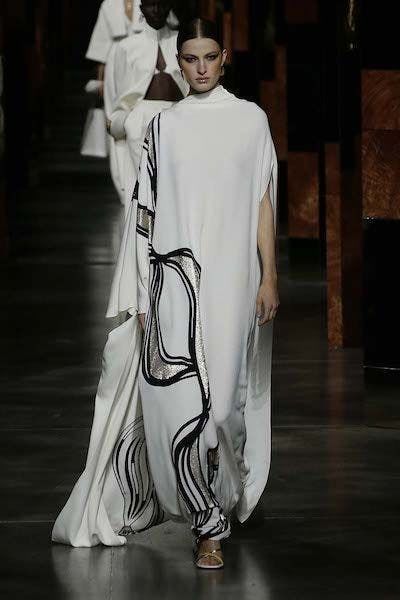 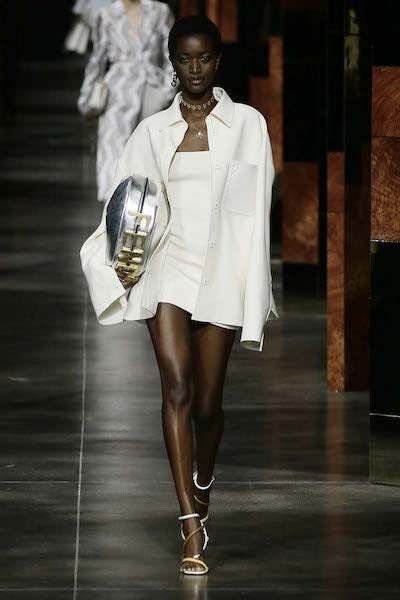 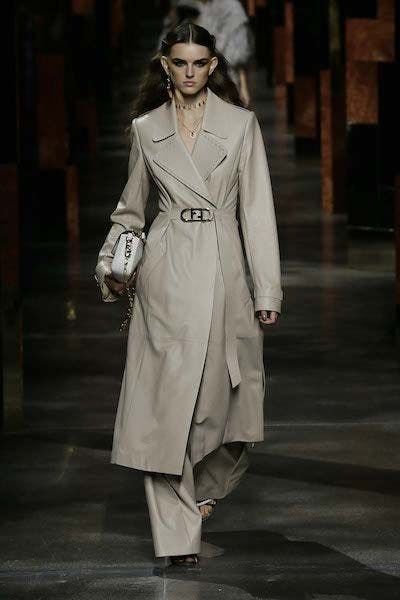 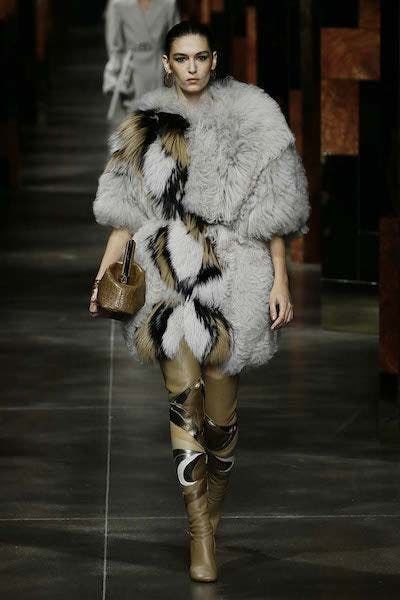 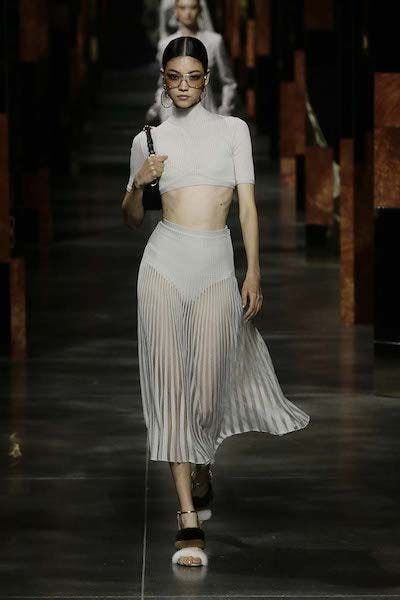 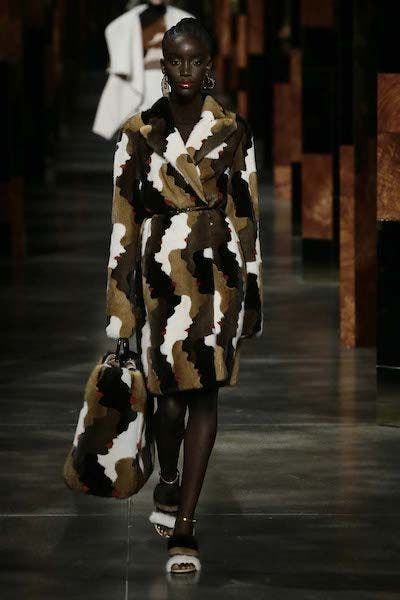 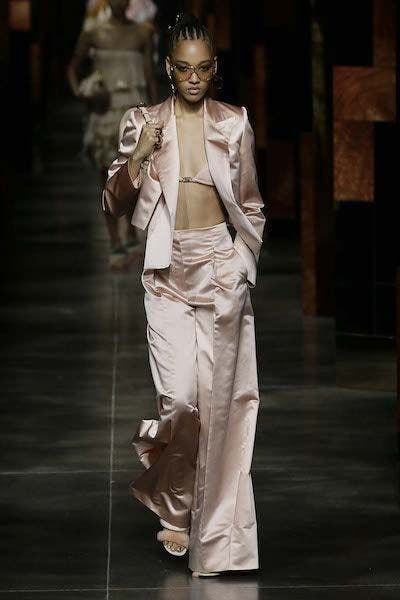 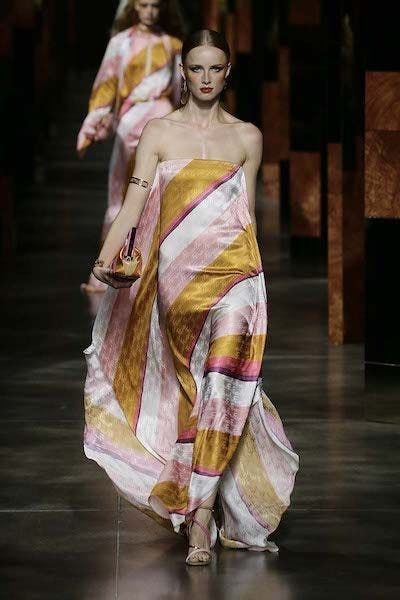 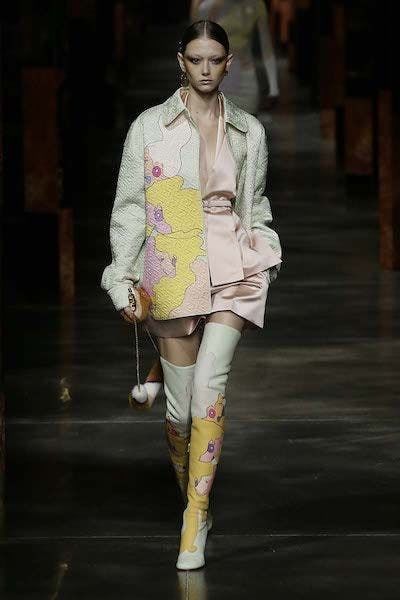 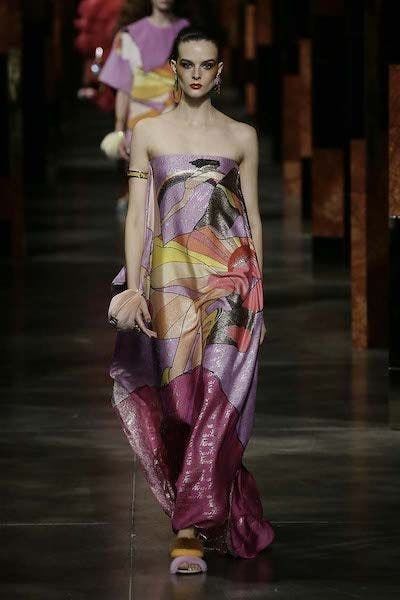 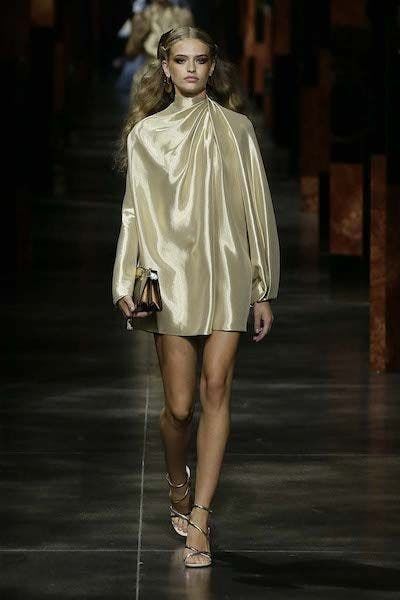 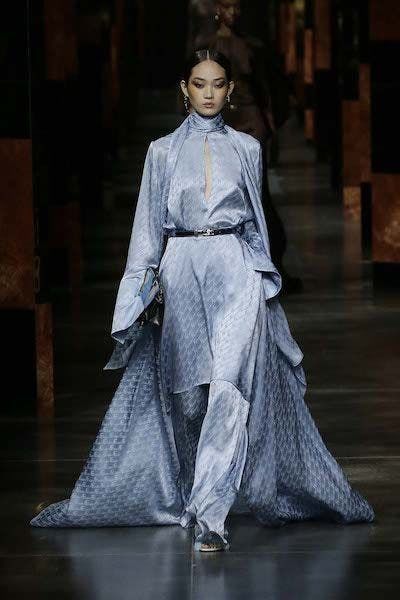 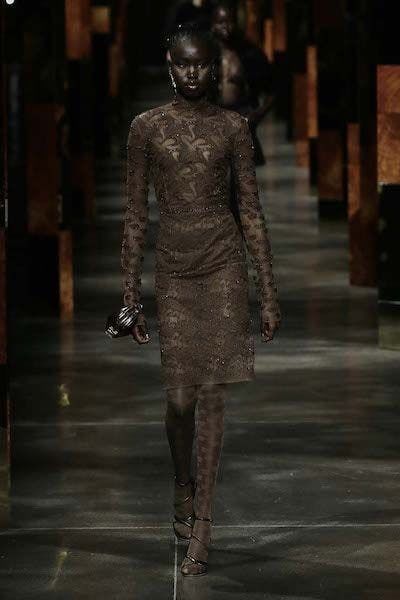