For This Syrian-Ukrainian, Life Is Sandwiched Between Wars

Victoria Naji, who is Palestinian, Ukrainian and Syrian, said, "I see war everywhere. There is no safe place for me."

Born in Syria to a Palestinian father and a Ukrainian mother, Victoria Naji has spent her life in the shadow of conflict.

Aged 24 and resident in Damascus, Naji came of age during the Syrian war that marks its 11th anniversary on Tuesday having destroyed much of the country.

Recently graduated in fine arts from Damascus University, she had been planning to travel to Ukraine to seek out opportunities in her mother's homeland - until war erupted there last month.

"I said to myself 'I can move to Ukraine in the future'. Now the future is very confused," said Naji, who is Palestinian, Ukrainian and Syrian. "I see war everywhere. There is no safe place for me." 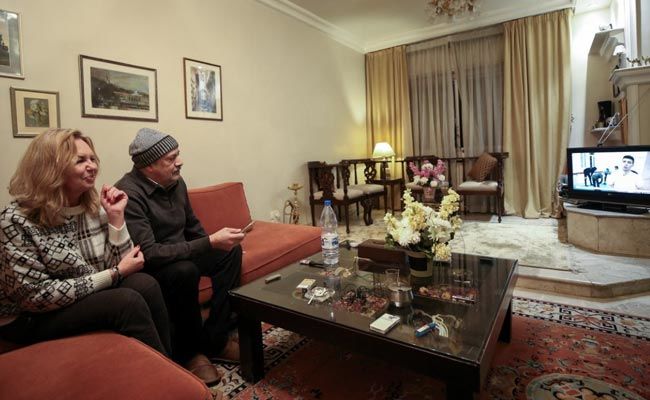 Nidal and Irina Naji, the parents of Victoria Naji.

The war in Syria has killed hundreds of thousands of people and forced more than half the population from their homes since spiralling out of protests against President Bashar al-Assad in March, 2011. Russia joined the war in 2015, deploying its air force to Syria in support of Assad.

Russia's invasion of Ukraine, which began on February 24, has sent more than 2.8 million people fleeing across Ukraine's borders and trapped hundreds of thousands in besieged cities. Russia calls its actions a "special military operation" to "denazify" the country.

Naji says her friends and family had been forced to flee Kyiv to safer areas. "God willing nothing more than this happens to Ukraine," she said, as she reflected on happy memories of visits to the country.

Naji's parents married in 1983 and travelled between Ukraine and Syria before settling in Damascus in 1995. Her grandfather on her mother's side fought in World War 2.

On her father's side, the family fled the town of Nazareth in 1948 when Israel was created and 700,000 Palestinians fled or were expelled. They were granted citizenship in Syria. 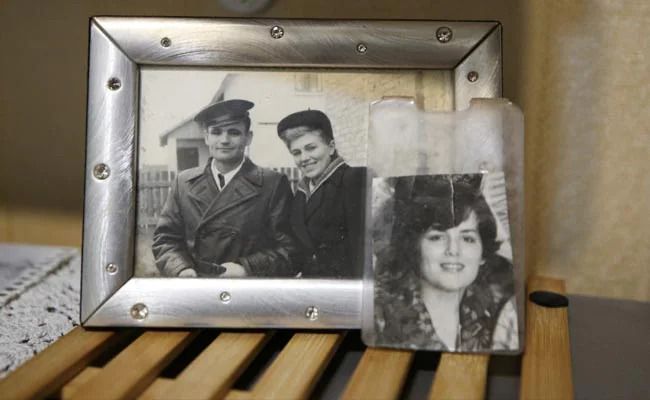 "I should be happy to have three countries to live in, but I can't live in any of them," Naji said.

Naji has lived in relative safety since the war in Syria broke out, in an area outside Damascus that was not badly affected. One of her friends came to stay for this reason, after her brother was killed in shelling, she added.

The main frontlines of the conflict have been largely frozen for several years. But poverty and hardship are worse than at any point since the war erupted.

Speaking about the start of the war, she said: "The problem is we were young when these things began."

"We grew older and got used to them."

The Ukraine invasion marks the biggest attack on a European state since World War 2.

"I am an artist...I don't understand why this is happening and I don't want to understand, but I have to because it is my cause - as is Palestine...and of course Syria," she said.