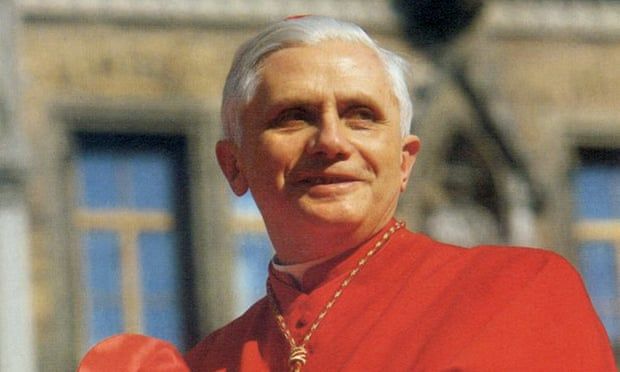 Two cases involved abusers who were allowed to continue with pastoral duties, says lawyer
The former pope Benedict XVI failed to act against four priests accused of child sexual abuse when he was archbishop of Munich, a German investigation has claimed.

Benedict, who stood down as leader of the global Roman Catholic church in 2013, has denied the charges, said a law firm commissioned to investigate historic abuse allegations.

Martin Pusch of the law firm Westpfahl Spilker Wastl, said Benedict – then Joseph Ratzinger – “was informed about the facts”.

He added: “We believe that he can be accused of misconduct in four cases. Two of these cases concern abuses committed during his tenure and sanctioned by the state. In both cases, the perpetrators remained active in pastoral care.”

Benedict, whose resignation as pope took the world by surprise, has repeatedly rejected claims that he knowingly covered up abuse. In a lengthy letter published in 2013 after his retirement, he wrote: “As far as you mentioning the moral abuse of minors by priests, I can only, as you know, acknowledge it with profound consternation. But I never tried to cover up these things.”

At a press conference in Munich to outline the investigation’s findings, Pusch said: “During [Ratzinger’s] time in office there were abuse cases happening. In those cases those priests continued their work without sanctions. The church did not do anything.”

The lawyer added that the former pope “claims that he didn’t know about certain facts, although we believe that this is not so, according to what we know”.

Benedict, now 94, was pope between 2005 and 2013. During that time, evidence mounted of widespread sexual abuse by priests of children and vulnerable people, resulting in a crisis in the Catholic church that has reverberated throughout the tenure of Benedict’s successor, Pope Francis.

In one of the cases examined by Westpfahl Spilker Wastl, a now notorious paedophile priest, Peter Hullermann, was transferred to Munich from Essen in western Germany where he had been accused of abusing an 11-year-old boy. He was reassigned to pastoral duties despite his history.

In 1986, he was convicted of molesting more children and given a suspended prison sentence. He continued to work with children for many years and his case is regarded as a pertinent example of the mishandling of abuse by the church.

Pusch said Benedict had initially shown a “defensive attitude” when responding to questions for the report. However, he later gave a detailed written statement.

Cardinal Reinhard Marx, the current archbishop of Munich and Freising, was also found to have failed to act in two cases of suspected abuse.

In a statement, the Vatican said it would await publication of the law firm’s full report before commenting further. “The Holy See considers that appropriate attention should be paid to the document, whose contents are presently unknown. In coming days … the Holy See will be able to give it a careful and detailed examination,” it said.

“In reiterating shame and remorse for abuses committed by clerics against minors, the Holy See expresses its closeness to all victims and reaffirms the efforts undertaken to protect minors and ensure safe environments for them,” the statement added.

Francis has taken steps to stop sexual abuse and its cover-up within the church. In 2019, he ordered a four-day summit of almost 200 church leaders plus Vatican officials and experts to discuss ways of dealing with the crisis. The following year, he restated his “commitment of the church to eradicate this evil”.

A previous report into historical abuse in Germany concluded that more than 3,600 people nationwide had been abused by clergy members between 1946 and 2014. Many of the victims were very young and served as altar boys.
#Pope Francis