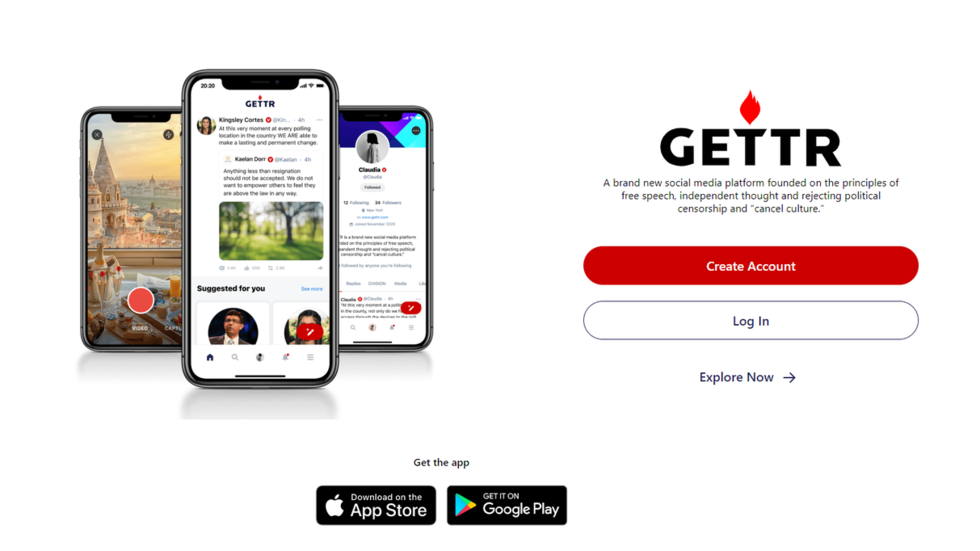 A popular ‘free speech’ social network has faced repeated allegations of censorship, with many users expressing concern over its links to a Chinese billionaire

Gettr, a conservative free speech Twitter alternative led by a former adviser to ex-US President Donald Trump, has been accused of censoring users who criticize the platform and one of its backers.

The site – which has managed to draw users as big as podcast host Joe Rogan with its free speech claims – sparked accusations of hypocrisy after it banned several users, including controversial right-wing political commentator Nick Fuentes.

Fuentes was initially banned in December and had several other accounts permanently suspended from the platform this week after he reportedly called for Chinese exile billionaire Guo Wengui – whose foundation has reportedly invested in Gettr – to be deported from the United States.

Other social media users have also complained about being banned for using prohibited keywords and criticizing Wengui – a prominent financial donor in American anti-communist circles, who also goes by the name of Miles Guo.

“I got canceled on Gettr for suggesting that Miles Guo, one of their founders, was possibly involved with the CCP. So much for free speech,” protested one man on Twitter, while another person claimed to have been banned for posting, “The owner of Gettr is Guon Wengui, a Chinese billionaire.”

Elijah Schaffer, a reporter for The Blaze, claimed this week to have been “shadow banned” on Gettr – an allegation Gettr denied – while journalist Jordan Schachtel claimed censorship on the platform was “getting worse.”

“If you speak poorly about Miles Guo (Gettr majority stakeholder) or talk about his scam crypto project, it results in an insta ban,” Schachtel alleged, adding that he would be happy to join Gettr if the social network would confirm that he could “report objectively” on Guo.

J. Michael Waller, a senior analyst at the Center for Security Policy, also expressed concern on Wednesday over the alleged “suspicious Chinese origins of #GETTR.”

Since its launch in July 2021, Gettr has attracted many American conservatives who are unhappy with the level of censorship present on more mainstream platforms, such as Twitter, which banned former President Donald Trump last year. Gettr’s team includes high-profile US conservative figures, including former Trump adviser and spokesman Jason Miller, who serves as CEO.