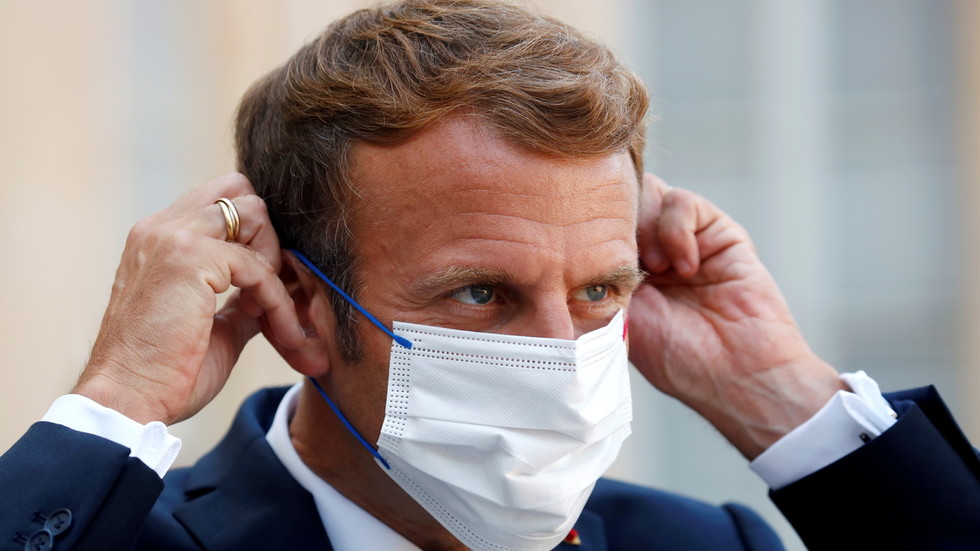 A French teen has reportedly been arrested and fined for attempting to enter a hospital using the health pass data of President Emmanuel Macron, which had been leaked online. He said he impersonated the president “just for fun.”
The 19-year-old presented Macron’s QR code at the door of a hospital in Marseille earlier this week, but didn’t fool security guards, who let him enter before calling the police. The teen was then arrested and taken into police custody, according to multiple reports in French media.

He was later released and given a fine for “presentation of a health document belonging to a third party.” The teen reportedly said he did not have a ‘health pass’ of his own, and decided to use the president’s data “just for fun.”

Macron’s data was leaked online last month – allegedly by a healthcare worker with access to the government’s vaccination database – along with the data of Prime Minister Jean Castex, which was scanned from a press photo. An investigation was launched following the leaks, and the QR codes of Macron and Castex were deactivated.

Introduced during the summer, France’s ‘health pass’ system requires citizens to present proof of vaccination or a negative coronavirus test to access bars, restaurants, shopping malls or public transport, among other locations. The system has proven controversial, and thousands of protesters have flooded the streets of Paris and other major cities almost every weekend since its introduction.
#Coronavirus  #vaccine