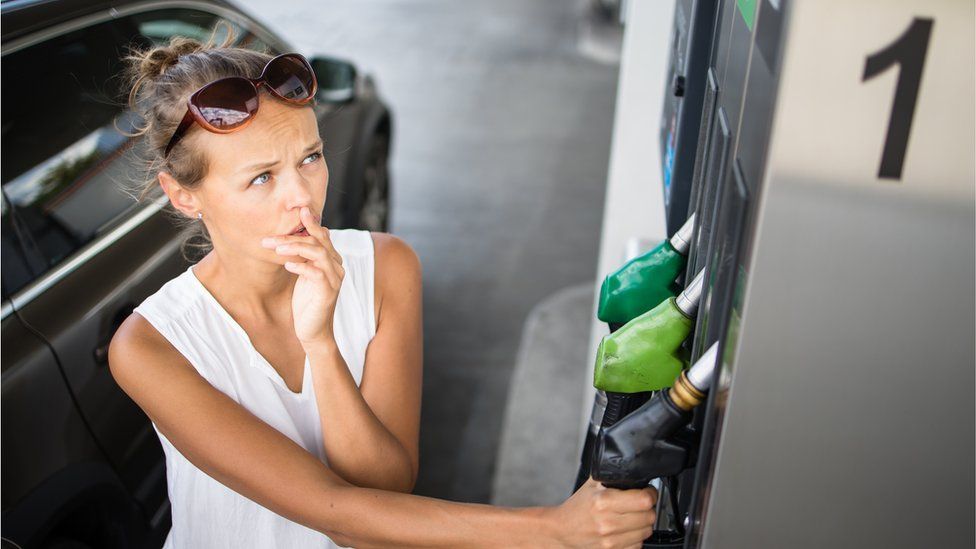 Fuel cost: How to save petrol and diesel

Making fewer journeys is the most obvious way to save money as the cost of filling up a car hits £100, but how else can you use less fuel?

Here are five popular tips from drivers - and whether or not they really work.

Many motorists consider driving at exactly 56mph to be optimum for fuel efficiency.

However, there is no ideal fixed driving speed, according to the RAC motoring group.

The most efficient of the three was 56mph, which led people to think this was always the best speed.

However, depending on type of car and its size, the RAC says 45-50mph is most efficient. 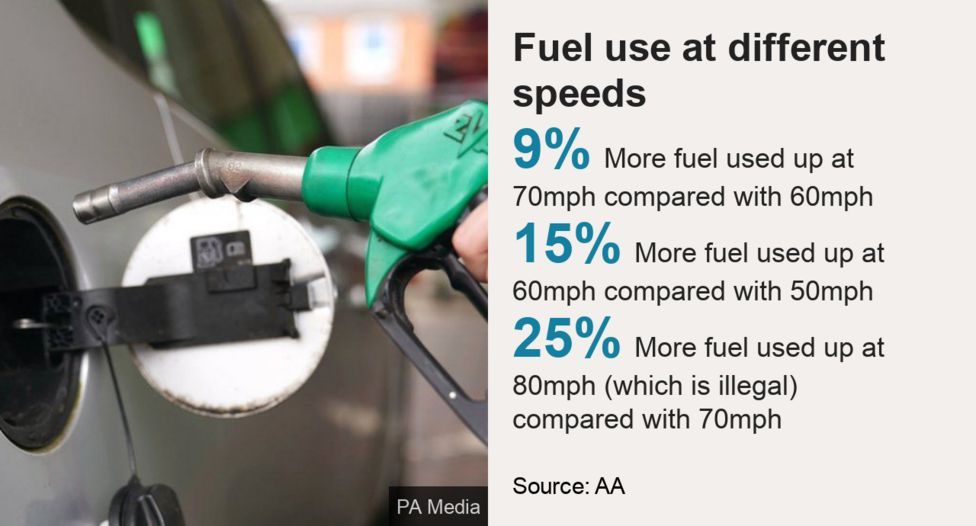 2) Should I switch off the air conditioner?

If you've ever resisted the urge to reach for the air conditioner on a hot summer's day to save fuel, you were right to do so.

Extra energy is needed to power a car's air conditioning system and turning it on can increase your fuel consumption by up to 10% according to the AA.

The impact might be more noticeable on shorter trips - that's because the air conditioner has to use more power initially to bring down the inside temperature of your car.

Opening your windows might be better, but this creates a separate problem called "drag". This is where your engine has to work harder to compensate for the air resistance created by the open windows.

If you're forced to choose between two, the best option will depend on your speed. The air conditioner is probably the better above 50mph because the faster you drive the greater the drag caused by open windows.

3) Does coasting save fuel?

Coasting is when you drive with the car in neutral, or with the clutch pedal held down.

The AA recommends against coasting. Not only could it be unsafe (because you can't accelerate out of a tricky situation), the group also says it's unlikely to save you any petrol.

It says most cars have electric controls which cut the supply of fuel each time you take your foot off the accelerator - so there's nothing to be gained by coasting. 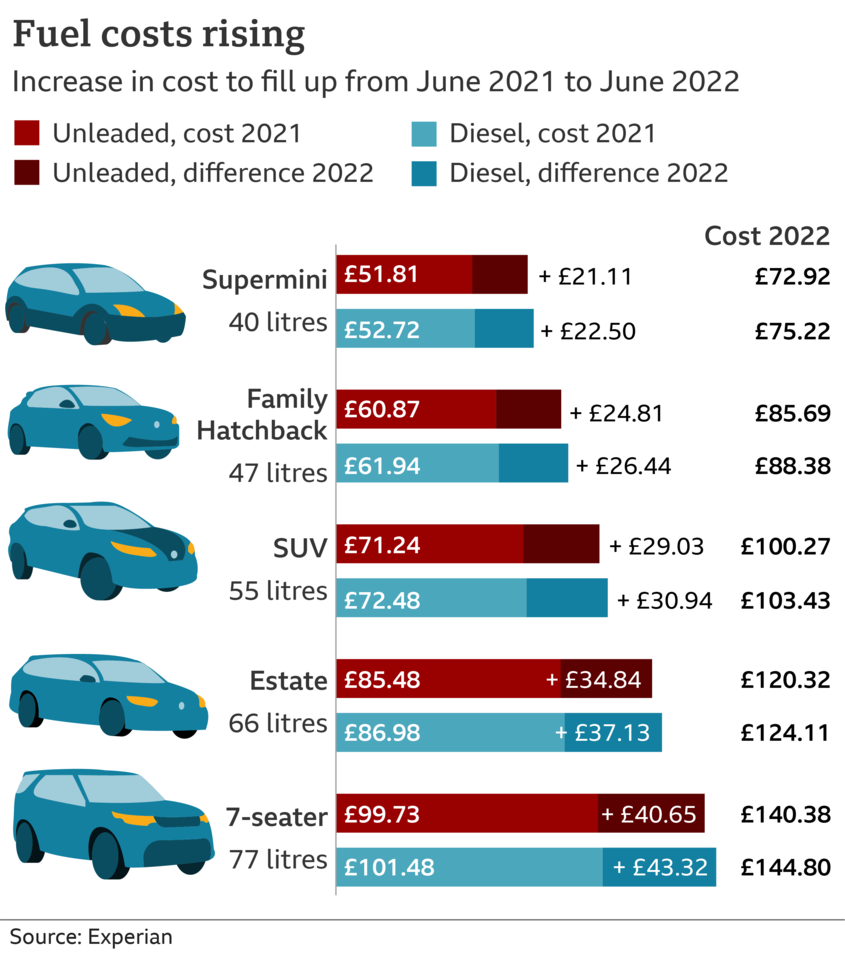 4) Does cruise control save fuel?

Cruise control - a device which keeps your car at a constant speed without having to use the accelerator pedal - is often seen as a sure-fire way to save fuel, as it avoids unnecessary acceleration and harsh braking.

However, this may only be true when it comes to motorway driving - due to the constant flat surface.

On other road types you are more likely to come across hills and your cruise control will take time to adjust to the change in gradient, using up more fuel in the process.

Normally you take your foot off the accelerator as you begin to descend down a hill, but as your cruise control can't see what's in front it spends extra time using power - leading to worse fuel consumption. 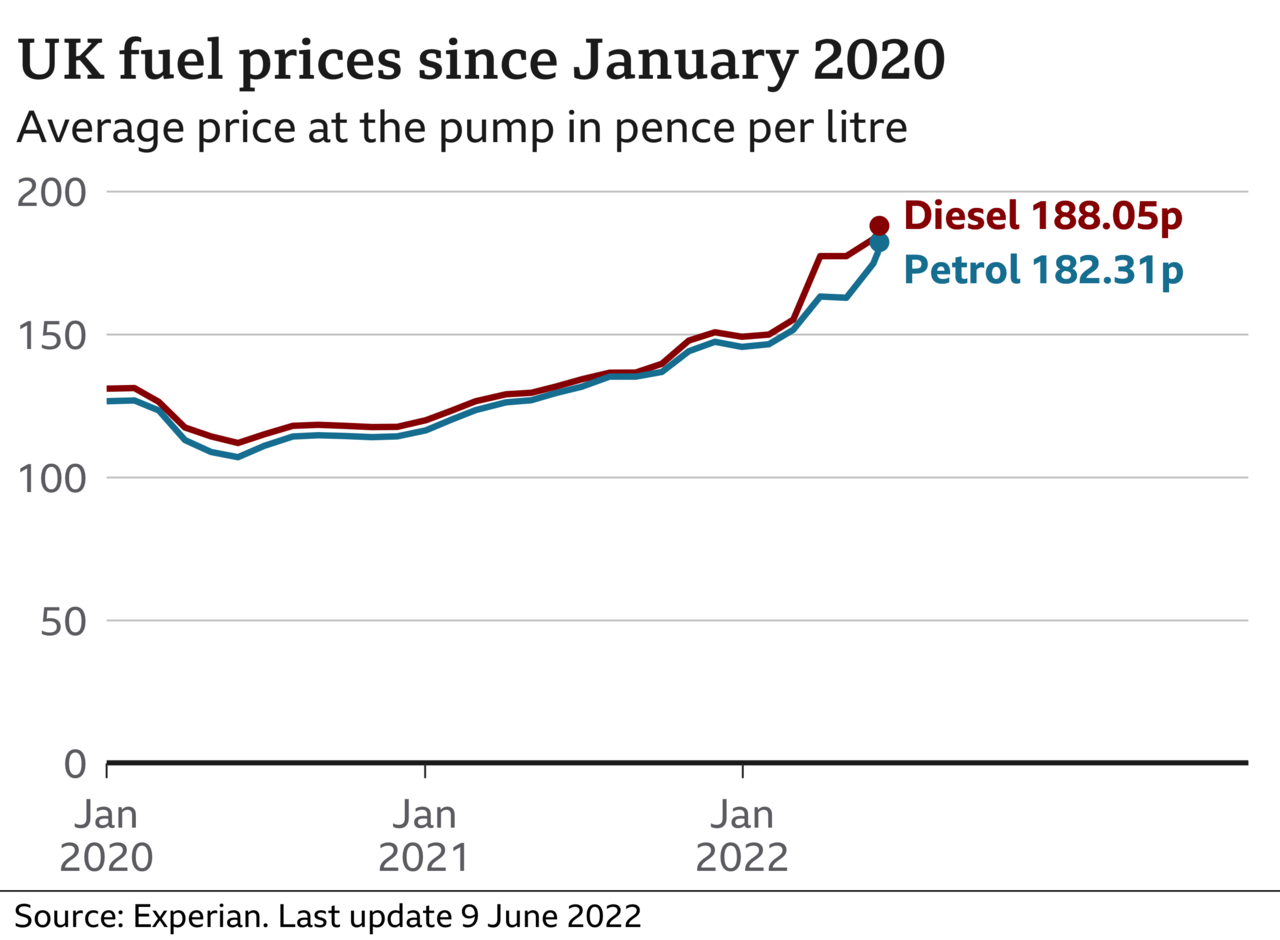 5) Will the wrong tyre pressure use more petrol?

Underinflated tyres will use up extra petrol. The advice is to check your pressures regularly, especially before heading off on a long journey.

The correct pressure will be listed in your car's manual, but you may need to increase it to the recommended maximum if you're carrying several passengers and heavy luggage.

However, any extra weight will still use up additional fuel - so leave out anything you don't need.