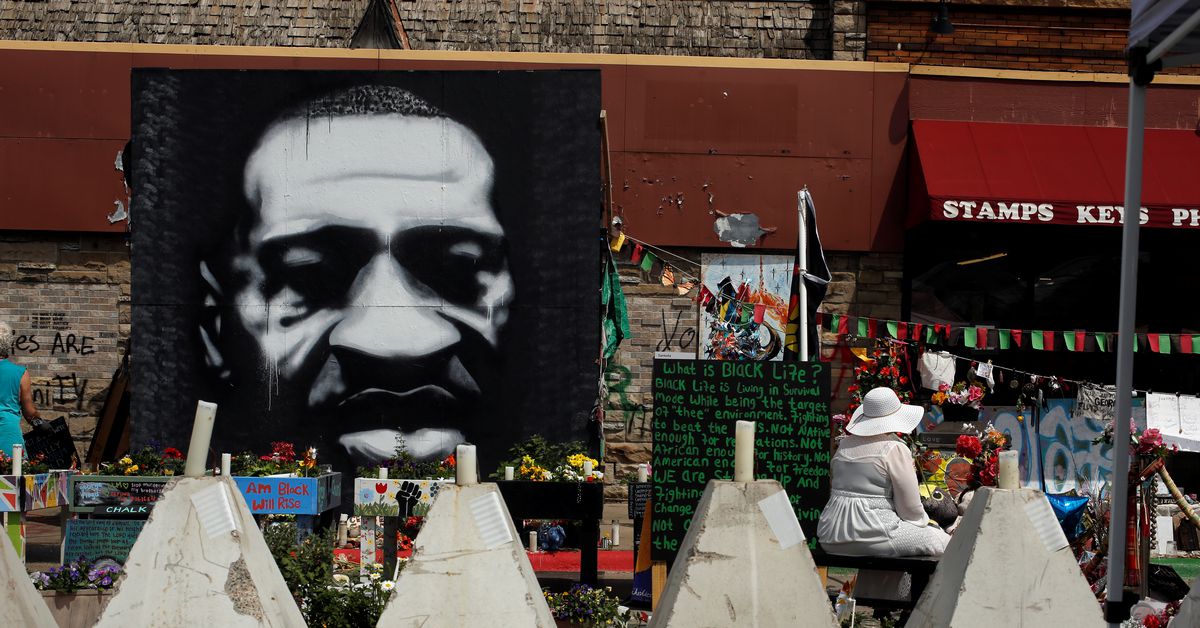 A Texas state agency has decided against recommending that the governor grant a posthumous pardon to George Floyd for a 2004 drug conviction, in a reversal of a decision made last year.
The Texas Board of Pardons and Paroles board, in a letter sent on Thursday to the Harris County Public Defender's office, said it was denying the recommendation but provided no explanation for the decision.

"After a full and careful review of the application and other information filed with the application, a majority of the Board decided not to recommend a Full Pardon and/or Pardon for Innocence," reads the letter, a copy of which was seen by Reuters.

Floyd was killed in 2020 by Derek Chauvin, a former Minneapolis police officer who kneeled on the Black man's neck during an arrest after a store clerk claimed Floyd used a counterfeit $20 to make a purchase.

Chauvin, who is white, was sentenced to 22-1/2 years in prison after his conviction on charges of murdering Floyd, whose death sparked protests in cities around the world against police brutality and racism.

Allison Mathis, a lawyer for the Harris County Public Defender's Office, working on behalf of Floyd's family, sought a pardon for Floyd's drug conviction. A former Houston police officer, Gerald Goines, had been accused of fabricating evidence and had about 150 other drug cases overturned, The Hill and other media reported.

Goines' attorney Nicole DeBorde was not immediately available for comment. Goines is also facing two counts of felony murder for a deadly 2019 drug raid in which two people were killed.

If Floyd's petition was approved by the board, the pardon recommendation would have gone to Texas Governor Greg Abbott for a final decision.

Neither the Board of Pardons and Paroles nor the Harris County Public Defender's Office returned phone calls and emails seeking comment on Friday.