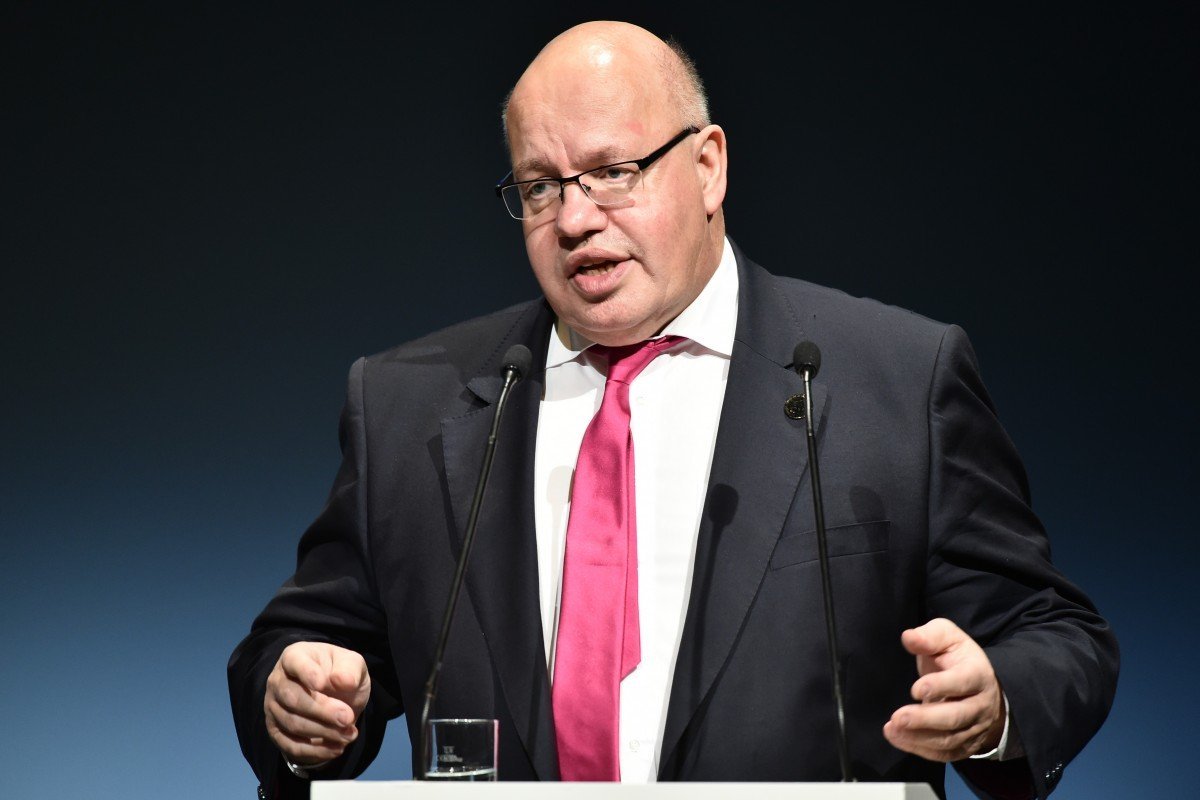 Economic minister Peter Altmaier says risk of Huawei transmitting data to Chinese intelligence agencies is no greater than what ‘unreliable’ US has already done. US ambassador Richard Grenell calls comparison ‘an insult’ to Americans ‘who contribute to the security of Germany’
German Chancellor Angela Merkel is facing more criticism for her Huawei Technologies-friendly approach to 5G development, as the American ambassador to Germany called her economic minister’s remarks on cybersecurity an “insult” to the US.

The latest rift emerged as the minister, Peter Altmaier, one of Merkel’s few allies on her 5G approach, on Sunday compared concerns over potential spying by the Chinese government to previous phone-tapping by the “unreliable” US government.

Merkel has for months been fending off pressure from the US, her own party and the German parliament to ban Huawei as a candidate to build Germany’s next-generation mobile network systems.

The German government is concerned that banning Huawei could result in retribution from the Chinese government against the lucrative German auto industry.

The German government is concerned that banning Huawei could result in retribution from the Chinese government against the lucrative German auto industry.

Over the weekend, Altmeier commented on concerns that Huawei would be subject to China’s laws that could require the company to hand over data from its communications networks to Chinese intelligence agencies. “The US also requires its companies to provide certain information needed to fight terrorism,” he said.

He went on to say that Germany did not boycott American products after disclosures that the US National Security Agency had tapped Merkel’s phones in 2015.

“I recall during the NSA affair, when I was chief of staff [of Merkel], how you continuously investigated how unreliable and untrustworthy the US government was, and we didn’t impose a boycott then either,” he told the German political journalist Anne Will on her TV talk show.

Richard Grenell, the US ambassador to Germany, complained on Monday about Altmaier’s parallel between alleged Chinese and US spying.

“There is no moral equivalency between China and the United States and anyone suggesting it ignores history – and is bound to repeat it,” Grenell said in a statement.

“The recent statements of high-ranking members of the German government that the US is comparable to the Communist Party of China are an insult to the thousands of American servicemen and women who contribute to the security of Germany,” Grenell said, according to the German news magazine Der Spiegel.

Merkel, who has not commented on Grenell’s remarks, is eager to upgrade Germany's digital infrastructure but has been criticised for her lack of regard for Huawei's alleged links to China.

The German government’s plan is to provide high-speed coverage to 98 per cent of households by 2022, but it has lagged in deciding what companies should be involved in the development of the network.

On Saturday, Merkel’s own Christian Democratic Union party agreed that the German parliament should debate and decide on Huawei’s involvement in building Germany’s 5G network.

While she was right to take into account the potential damage to the auto sector, Benner said, it would send a “disastrous signal” to China by accommodating Huawei in Germany’s 5G development.

“The question is whether she will come around and be forced by parliament to [let it] determine the rules of the game,” he said.
Last week, China’s ambassador to Germany, Wu Ken, said that, if Huawei was excluded, it would amount to blatant discrimination against Chinese companies and would send the wrong signal of protectionism.

“If Huawei really were a threat to Germany's network security, why isn't there any single negative case so far? Why is there so much hype only when it comes to 5G construction?” Wu said.
#Angela Merkel