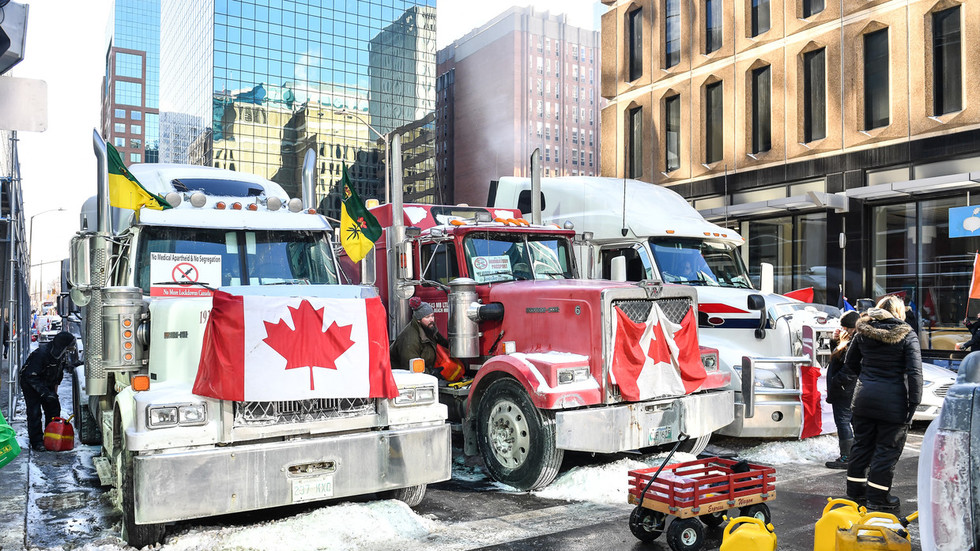 Crowdfunding platform GoFundMe has reversed its decision to redistribute nearly $8 million (Can$10 million) in donations made to Canada’s ‘Freedom Convoy’ protest following backlash on social media and threats of investigations by Florida Governor Ron DeSantis and various state prosecutors.

Announcing the reversal on Saturday, the site said it would “automatically refund” donations within seven to 10 business days without donors needing to submit an application. The company claimed it was “simplifying the process” due to “donor feedback.” It also clarified that the earlier update would have “enabled all donors to get a refund,” but also “outlined a plan to distribute remaining funds to verified charities selected by the Freedom Convoy organizers.”

The site originally shut down donations after “multiple discussions with local law enforcement” and “reports of violence and other unlawful activity” at the trucker-led campaign against 1Covid1-19 vaccine mandates. Protesters have been camping out in the Canadian capital, Ottawa, for over a week – with GoFundMe describing it on Friday as an “occupation.”

However, the move was criticized by Florida Governor Ron DeSantis, who tweeted on Saturday that he and state Attorney General Ashley Moody will “investigate these deceptive practices.” The Republican governor called it a “fraud” for GoFundMe to “commandeer $9 [million] in donations sent to support truckers and give it to causes of their own choosing,” adding that donors should be refunded.

Meanwhile, Texas Attorney General Ken Paxton also stated on social media that he would be investigating “potential fraud and deception,” and promised “justice” for “patriotic” donors from the state who contributed to the “worthy cause.” He labeled the platform as a “BLM-backing company” that “went woke, froze the funds, and failed to deliver Texans’ money.”

Earlier, state prosecutors from West Virginia and Ohio had also issued statements denouncing the site’s “deceptive” practices and asking “victimized” resident donors to file a complaint with their respective offices. However, it was unclear what kind of legal action the attorneys general were planning to undertake.

Despite backtracking on its earlier plans, GoFundMe has continued to draw flak on social media with several commenters urging a “boycott” of the platform. Prominent Canadian clinical psychologist Jordan Peterson called for it to “disappear” and noted that there was “zero excuse for such theft.” Tesla CEO Elon Musk had previously branded the site as “professional thieves.”