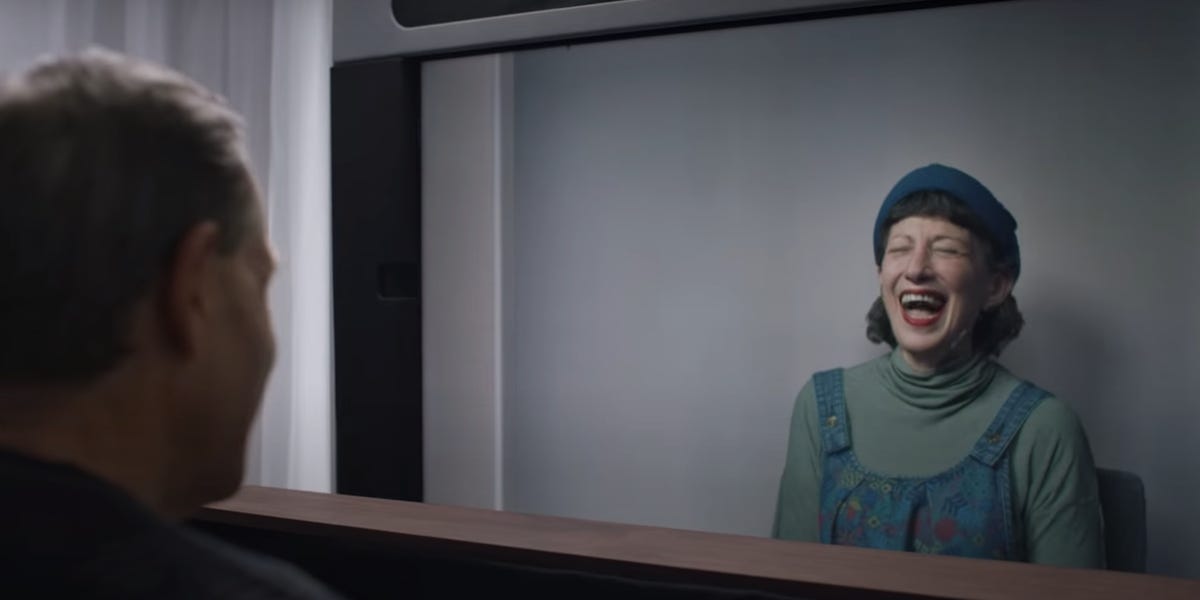 Google's Project Starline uses 3D imaging technology to make it feel "like you're talking with someone right in front of you."

Google announced an in-the-works product that would allow people to meet virtually via a "magic window."

The pseudo-video chat technology, known as Project Starline, would allow users to "see another person, life-size and in three dimensions," google said. It uses

The technology employs 3D imaging and real-time compression "to capture people as they are," according to Steve Seitz, Google's director of engineering.

"So it really feels like you're talking with someone right in front of you," Seitz said in a video.

The initiative "is a technology project that combines advances in hardware and software to help people feel like they're together, even when they're apart," he continued.

It's unclear when or if the product will ever be available for mass use, but the announcement comes more than a year into the coronavirus pandemic, which forced many to rely on video conferencing both for work and personal purposes.

Each spring, Google hosts its annual I/O developer's conference, its biggest event of the year. This year's event is being held virtually and lasts through Thursday. CEO Sundar Pichai delivered his Keynote speech this afternoon.

Last year's Google I/O conference was canceled entirely in light of the pandemic.

The company typically unveils new technologies that it has in the works, including new software updates. In 2019, the last time Google held its I/O conference, the company announced revamped augmented reality features.

This year, Google could unveil a budget-friendly Pixel 5a smartphone and a more affordable version of Google's Pixel Buds wireless headphones.