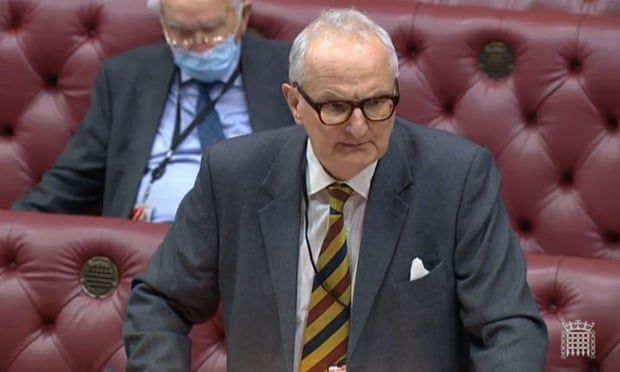 The government was forced to deny claims that it had scrapped a crucial economic crime bill on Wednesday, as MPs from across the house rounded on ministers for failing to tackle the UK capital’s “Londongrad” reputation as a money-laundering hub used by Russian oligarchs, criminals and kleptocrats.

The scathing comments in the House of Commons follow the shock resignation of junior minster Lord Agnew on Monday, who revealed in his departing letter that the government had only last week made a “foolish” decision to kill off the bill during the next parliamentary year.

As recently as December, prime minister Boris Johnson promised a “year of action” on fraud at a summit organised by US president Joe Biden, saying the government would target “the illicit finance that undermines democracy everywhere, strengthening our law enforcement powers to go after the criminals who abuse our corporate structures”.

Agnew had also hit out at the government for failing to take action against Covid loan fraud, which critics have said could cost the taxpayer billions of pounds. The damning accusations pushed Rishi Sunak to assure that the government would “do everything we can” to recover stolen funds. “I’m not ignoring it, and I’m definitely not ‘writing it off,’” the chancellor said on Twitter on Wednesday.

Figures from HMRC show an estimated £5.8bn has been lost due to fraudulent claims for furlough and other business relief schemes. Reports suggest HMRC has off £4.3bn stolen of that sum as unrecoverable. However, the government has refused to confirm the figure.

MPs said the economic crime bill was needed to tackle the Covid loan fraud issues raised by Agnew, and the use of London as a money laundering destination by kleptocrats from Russia and other regimes.

Campaigners had been pushing for the bill to be included in the next parliamentary session, which run s from later this year into 2023, and will be announced at the next Queen’s speech. It was expected to include reforms of Companies House, the loosely policed UK company registry, and rules requiring those holding property through offshore shell companies to declare their identities.

Paul Scully, the parliamentary undersecretary for the Department for Business, Energy and Industrial Strategy, was called to the Commons to answer an urgent question on the status of the bill. He said: “There has been nothing pulled at all.” But Scully said no legislation would be put forward before the yet-unscheduled Queen’s speech, which opens a new parliamentary year.

The government has not yet set a date for the speech, but last year held the state opening in May.

It comes as Downing Street considers sanctions against Russia if Moscow follows through on an invasion of Ukraine.

“Up to 50% of money flowing through Russian laundromats – often used for tax avoidance stolen public funds and to launder moneys derived from organised crime – flow through UK shell companies,” said Conservative MP Kevin Hollinrake, who initiated the debate by tabling the urgent question.

“This is not a notional white collar offence,” he said added. “It affects real people in very tangible ways. Terrorists and drug dealers depend on it to launder and legitimise their money through UK banks, companies and properties.”

SNP MP Alison Thewliss urged the government to set a date for the introduction of the economic crime bill, saying the lack of action suggested complacency on behalf of prime minister Boris Johnson’s Cabinet. “Why is it that this government is so unconcerned that the UK is being deemed “Londongrad”, notorious for laundering of dirty money?”

John Penrose, the Conservative MP for Weston-super-Mare also accused the government of moving too slowly. “The well of excuses after three or four years of promising this piece of legislation, or its related pieces, has now run dry. And it is absolutely essential for the credibility of his country and of this government, particularly the time when we have a crisis in Ukraine, and all sorts of Russian oligarchs waiting to move money into this country if they possibly can … that we do not back away from the central piece of legislation,” he added.

Labour MP Chris Bryant said the UK’s rules, as they currently stand, are too “soft touch” and that “if we want to give a strong message to Russia in particular at this moment we’ve got to move swiftly not say ‘oh, I can’t possibly come into what legislation we might be thinking of in the future.’”

But Scully refused to be pulled into speculation about the timing of the bill’s introduction. “What I can’t do is pre-empt what Her Majesty will say in the Queen’s speech,” he said, adding that she would “set out the government’s programming in due course,.”