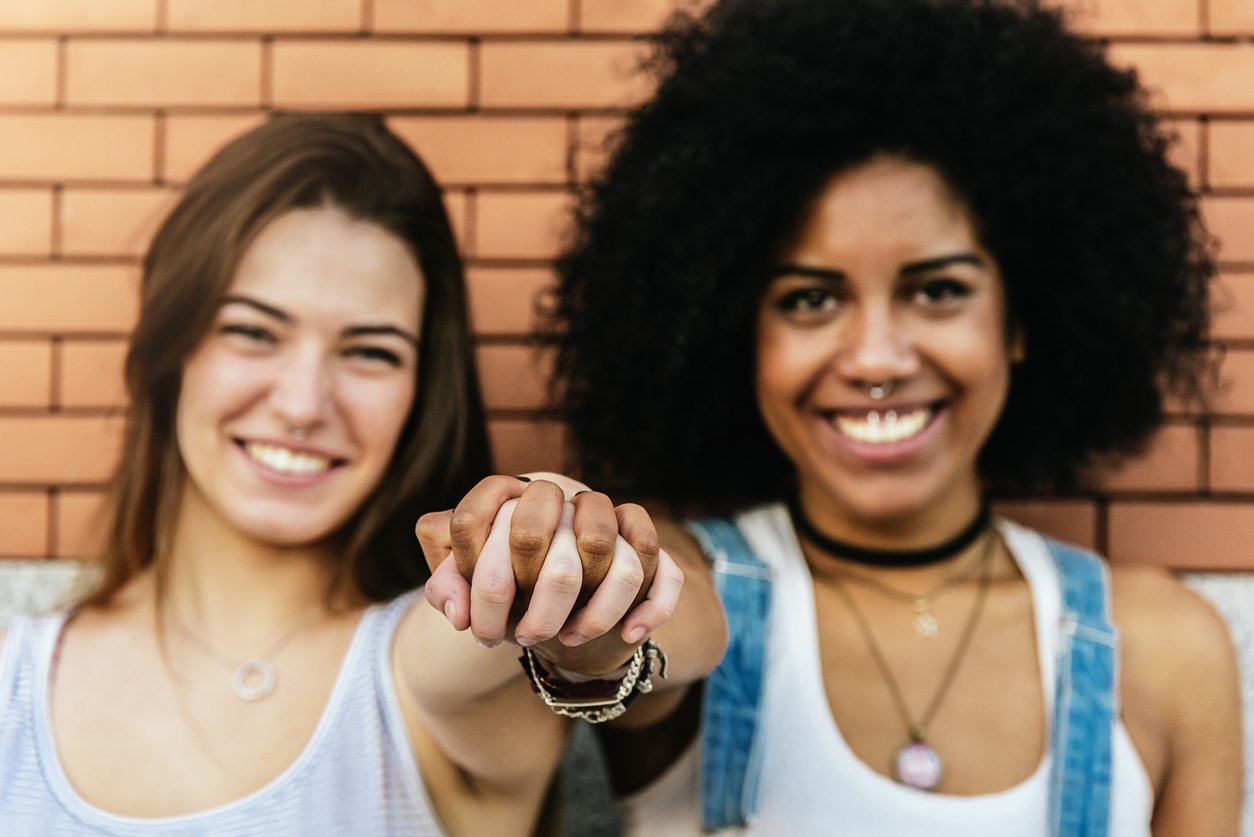 “In line with instructions from UK Ministers to use my reserved powers under s81 of the Constitution, I have today given Assent to the Civil Partnership Law and 11 consequential pieces of legislation.
“The 21-day consultation period ended on 31 August. The Attorney General’s Office, Deputy Governor and I have carefully considered all comments received. As a result a number of amendments were made to the draft legislation discussed by the Legislative Assembly. These were aimed principally at strengthening the effectiveness of the Legislation. As previously announced, the title has changed to Civil Partnership in response to feedback received. A number of pieces of consequential legislation have been updated to ensure they apply to those who enter civil partnerships. The changes to the law and the consequential legislation are set out in the attached document.

“I recognise that this issue is highly emotive and difficult for many people across our Islands. At the same time I have received a large amount of correspondence and direct representations in support of using s81 to bring this law into effect.

“UK Ministers instructed me to take this action to uphold the rule of law and comply with the Cayman Islands Court of Appeal Judgment in November 2019. The Court of Appeal declared that same sex couples were entitled, expeditiously, to legal protection in the Cayman Islands, which is functionally equivalent to marriage. The Court also declared that in the absence of expeditious action by the Legislative Assembly, they would expect the United Kingdom Government to recognise its legal responsibility and “take action to bring this unsatisfactory state of affairs to an end”.

“After the narrow vote on 29 July against the Domestic Partnership Bill, it was evident from my consultations with the Premier and others that there was no prospect of the Bill coming back to the Legislative Assembly, or if it did that it would be successfully passed. The UK therefore had no option but to step in to ensure we comply with the rule of law and international obligations under the terms of the European Convention on Human Rights.

“Today we will end the discrimination being suffered by Caymanians and others on our islands whilst protecting the institution of marriage. This action does not alter or undermine the strong Christian heritage and values of the people of the Cayman Islands. No-one is being asked to change their long-held beliefs.

“But what we are required to do is provide a legal framework functionally equivalent to marriage for same sex couples, from which heterosexual couples will also be able to benefit, should they so choose. That is necessary to comply with our own courts and our Constitution. The Government of the Cayman Islands and the Attorney-General have accepted that this is a legal requirement that cannot be ignored. As the Court of Appeal stated - that Cayman had such an obligation has been apparent for several years. An important principle in our Constitution and Bill of Rights is the protection of minorities. That principle protects all of us, now and in the future. We cannot pick and choose which rights are protected.

“I urge everyone to recognise that same sex couples have the right to legal and financial protection like everyone else. Accepting diversity and difference shows to the world that we are a caring community based on mutual respect, tolerance and equality for all.

“Let me also reiterate that Cayman retains full autonomy for domestic issues including in education and immigration. The UK fully respects Cayman’s autonomy in domestic affairs. Indeed this will be made even clearer in the package of constitutional changes that are likely to be adopted later this year.

“UK intervention in this manner is extremely rare. As Governor it is not a position I would ever have wanted to be in. Abolition of the death penalty in 1991 and legalising homosexuality in 2000 were previous examples where the UK intervened to ensure its legal and international obligations, in a British Overseas Territory, were upheld. It is wrong to suggest that the UK will seek additional pretexts for intervening.

“The law comes into effect once gazetted today. However, operationally the Civil Service will require a delay of 21 days before starting to accept and process applications for registration of civil partnerships.

“I am also making public today the response from Baroness Sugg to the Leader of the Opposition’s letter to the Foreign Secretary of 13 August.”

“I do hope that everyone on the islands can now move forward with their lives and come together as a community. Let us refocus our energies on pressing matters such as responding to the global pandemic, rebuilding our economy and protecting our environment. 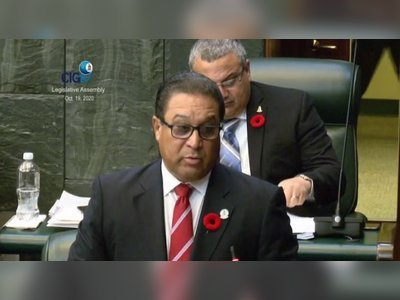 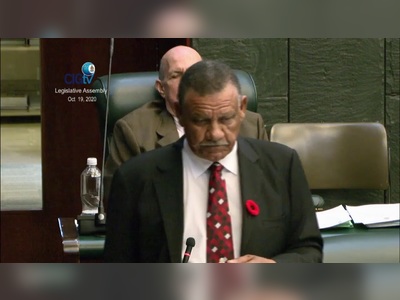 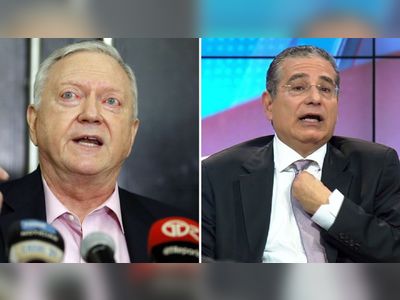 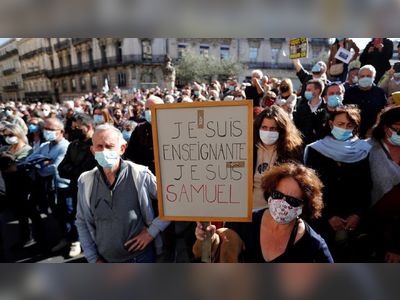 Tens of thousands of people demonstrated in France on Sunday in tribute to Professor Samuel Paty, who was beheaded by 18-year-old refugee boy on Friday for teaching his students... 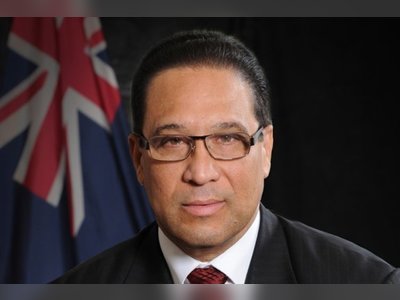 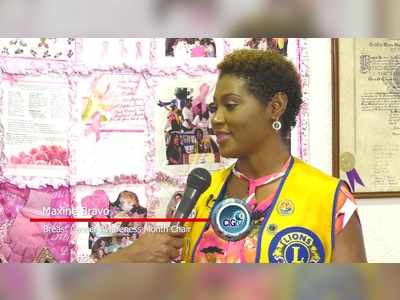 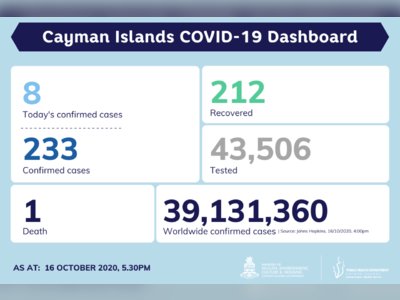 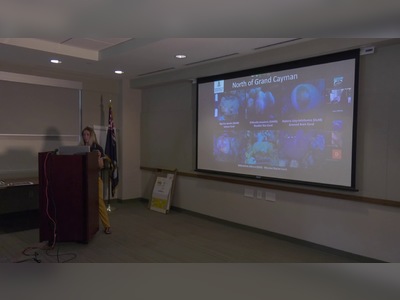 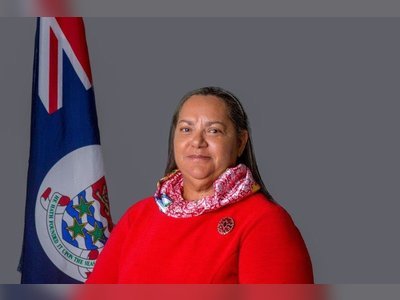 Costa Rica will fully open its air borders, closed since March due to the covid-19 pandemic, before the start of the high season for international tourism in November, the gover... 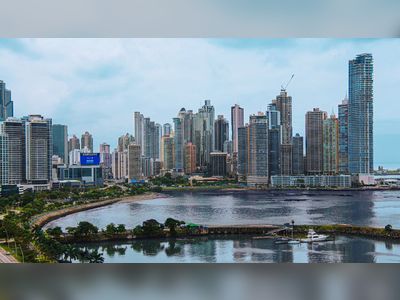 The National Government announced the creation of a permanent residence program for qualified foreign investors, to stimulate economic reactivation. 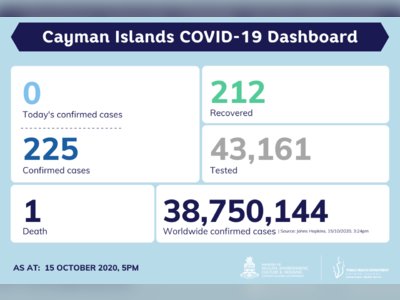 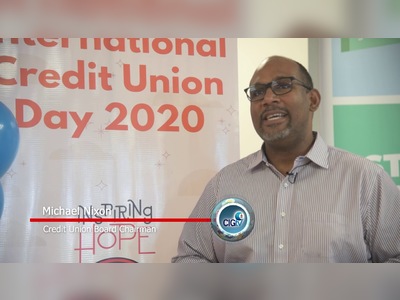