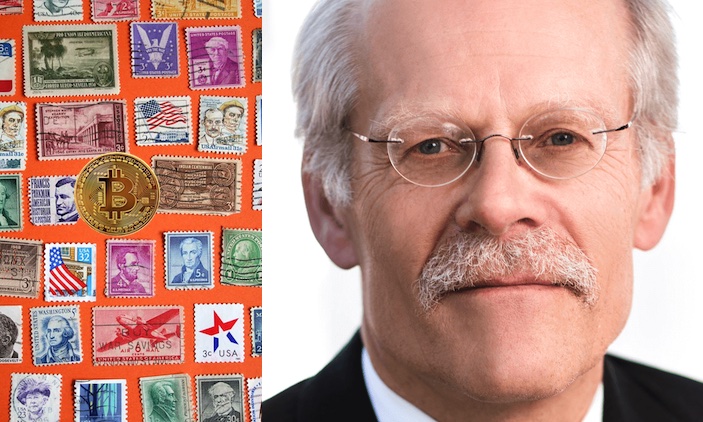 It's no secret that traditional bankers, such as Sweden’s Central Bank, governor are very skeptical about Bitcoin.

According to Bloomberg, the governor of Sveriges Riksbank, the central bank of Sweden, questioned the staying power of currencies without government backing. He compared buying and selling Bitcoins to trading stamps.

“Private money usually collapses sooner or later. And sure, you can get rich by trading in bitcoin, but it’s comparable to trading in stamps.”

Earlier this year, Ingves said that Bitcoin and other cryptocurrencies are unlikely to escape regulatory oversight as their popularity grows.

Regardless of seeing deficiencies for bitcoin as a currency, Ingves has taken its reputation among investors seriously. Highlighting consumer interests and money laundering as being of particular concern, the central banker conceded this June that the cryptocurrency had gotten “big enough” to merit close attention from regulators, central bankers, and lawmakers across the globe.

In February, Ireland’s central bank governor Gabriel Makhlouf said bitcoin investors should be ready to lose all their money:

“Personally, I wouldn’t put my money into it, but clearly, some people think it’s a good bet. Three hundred years ago, people put money into tulips because they thought it was an investment.”

Similarly, Bank of England governor Andrew Bailey said cryptocurrencies have no intrinsic value and may crash to zero:

“I’m sorry, I’m going to say this very bluntly again: buy them only if you’re prepared to lose all your money. I would only emphasize what I’ve said quite a few times in recent years. I’m afraid they have no intrinsic value.”

Despite of what they personally think, around the world, central banks in countries such as China, Ghana, South Korea, Japan, and Switzerland have started researching, experimenting with, and testing the launch of Central Bank Digital Currencies. The US Federal Reserve has also said it is researching the pros and cons of creating a CBDC for the United States.

El Salvador made history this week by adopting Bitcoin as legal tender.